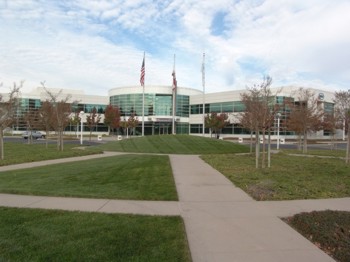 Roche Molecular Systems has recently received FDA approval for a test which will help ensure that there is a ready supply of plasma fordoctors nationwide.

Advances in medical science notwithstanding, researchers have yet to develop a successful substitute for human blood, according to AABB, the Baltimore-based organization that represents blood banks around the world. As a result, blood donation, often referred to as "the gift of life," plays an incalculable role in the recovery of the almost- five-million Americans whose lives are saved by blood transfusions every year. U.S. hospitals and emergency treatment centers have a need for approximately 40,000 units of blood on a daily basis. With a unit-which measures 450 ml, or just under a pint-being the typical yield from each donor visit, the demand for individual donations approaches 15 million annually.

Fortunately, the nation's blood supply today is "safer from infectious diseases than it has been at any other time," the U.S. Food and Drug Administration (FDA) has determined. Improvements in donor screening procedures and the variety of new tests that have emerged over the past few years get the credit for this positive state of affairs.

One of the forces behind the progress is Roche Molecular Diagnostics (RMD), headquartered here in Hacienda. The Pleasanton Research and Development Site accommodates more than 200 scientists and associated R&D staff specializing in infectious disease, human genetics, and oncology programs. Many of these high-powered minds are busy at work in the three-story,135,000-square-foot R&D center that came on line almost two years ago.

Last month, RMD head Daniel O'Day demonstrated the company's commitment to providing screening tests that "ensure the highest safety of blood and plasma products" in announcing F.D.A. approval for an additional intended use for Roche's licensed nucleic acid test (NAT): screening pools of plasma that may include donations from up to 96 individuals.

"Our multiplex test has been widely adopted and has demonstrated excellent performance in blood centers worldwide," Day has commented. "We are pleased to introduce the expanded use within the U.S. as we continue to further invest in solutions for this critical industry."

RMD is a part of Basel, Switzerland-based Roche, a leader in research-focused healthcare with combined strengths in pharmaceuticals and diagnostics, and the world's largest biotech company with over 80,000 employees worldwide. For more information about RMD's blood-screening products and other research, visit http://molecular.roche.com .