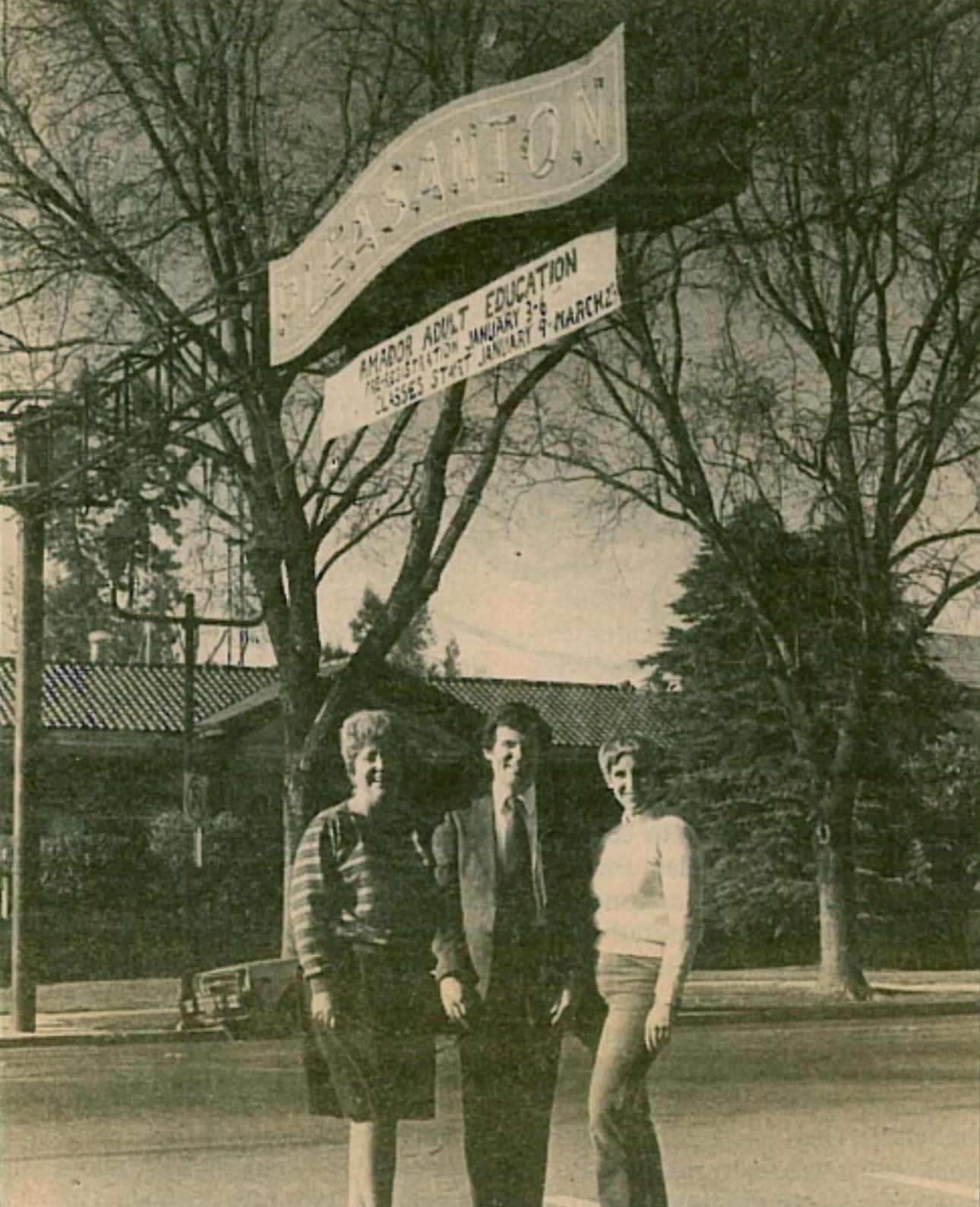 "Downtown Pleasanton is really going to be exciting," claims Lori Scott-Ventar, newly-elected Pleasanton Downtown Association and owner of Scotland Yard Restaurant on Rose Avenue. "We have a lot of new, interesting projects coming up that are definitely going to add a lot to the flavor and spirit of the downtown area."

On January 6, the Pleasanton Downtown Business Improvement District officially came into existence after over eighteen months of planning. Under the new system, city businesses in the downtown area are assessed a fee according to the type of business and location. The money from the assessment is then used for marketing, advertising, promotion and beautification programs for the downtown area.

"The Improvement District will be beneficial to all the businesses in the downtown area," states Larry Annis, Downtown Association member and owner of Annis Insurance on Neal Street. "Our goal is to increase business downtown by making it more attractive, and all of the businesses in the area will benefit from the increased traffic."

Judy Mayhew, past president of the Downtown Association, has been active in the improvement district project since the beginning. She and current Planning Commissioner Joyce Getty, who was the founder of the Pleasanton Downtown Association attended a conference in Chico,where they heard the concept proposed.

"We were really excited after the conference and realized that an improvement district could really be helpful to Downtown Pleasanton business, explains Judy, owner of The Photo Plant on Main Street. "Joyce went right to work putting together a seminar for the businesses, and that's when it really began."

Jusy explains that the primary reason for forming the Improvement District was to develop more promotional power and clout for all the downtown businesses. "Up until now, joining the Downtown Association was totally voluntary. We didn't have the numbers, funds or energy to accomplish what we can now," she states. The new Improvement District, which has 259 members, gives us more ways that represent and promote all businesses equally.

To see a reproduction of the original article and edition of Pleasanton Pathways, visit:
January 31, 1984 Pathways