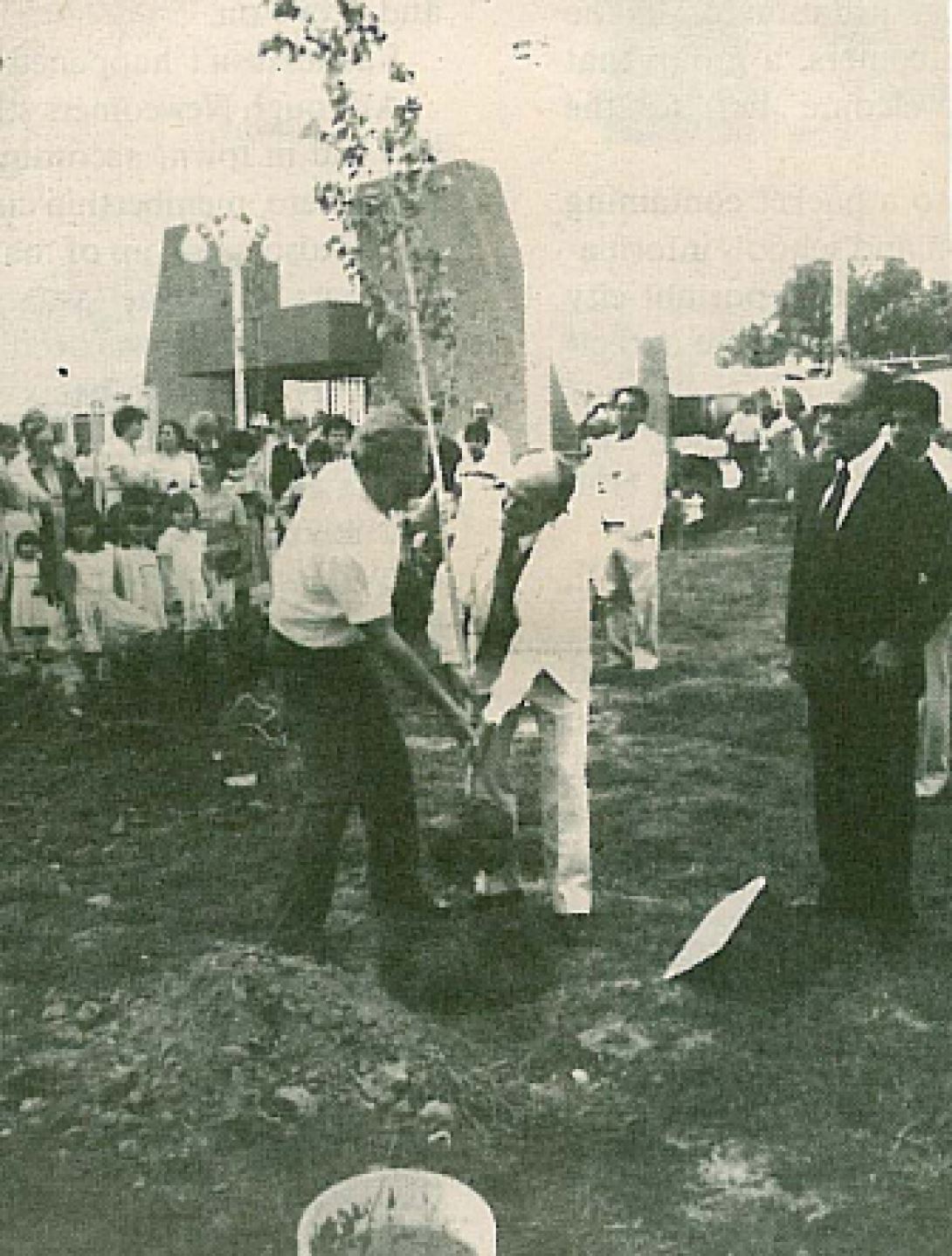 On a recent trip to Pleasanton’s sister city in Tulancingo, Mexico, Steve Noble and Bob Athenour were faced with a ‘tough’ question. “On the last night before we left, Millo, the president of the Alianzo thanked me for all our help and then he asked me a really tough question. He said, ‘Bob, your group has done so much for us, what can we do for you?’ I had to stop and think,” said Bob, president of the Pleasanton/Tulancingo Sister City Committee.

“What Tulancingo has to offer Pleasanton is history and culture. If they can share their culture with us, I think it would be great,” said committee vice-president Steve Noble.

For seven days, Tulancingo did exactly that. On May 3, the city opened its arms to 27 American guests who are part of the Pleasanton/Tulancingo sister city effort.

The group took 17 boxes of clothing for the Tulancingo boys’ and girls’ shelters plus uniforms donated by the Pleasanton Fire Department for the Mexican city’s volunteer fore department.

In addition, a new fore truck was christened the Bomba-2 Pleasanton by Kathy Kallis, and Tulancingo’s newest street was named Calle Pleasanton. The group also participated in a tree-planting ceremony to commemorate the friendship between the two cities.

Each day in Tulancingo, the company toured the city and surrounding areas, shared meals with Tulancingo families and met to discuss future projects such as the upgrading of the Tulancingo Boys’ shelter.

Groundwork for a student exchange program between the sister cities was established. A group of six Pleasanton students will leave first on June 23 for Tulancingo. Their departure will be preceded by a dinner and meeting on June 4 at Hap’s Restaurant in Pleasanton when committee members will meet the Pleasanton exchange students.

Students who will be going to Tulancingo as part of the exchange program are Dawn Douba, Mary Suter, Bill Dabney, Erin Capilla, Elaine Albertson and Allison Mohr.

On July 28, after our students return, a group of Tulancingo students is expected to arrive in Pleasanton.

In addition, Pleasanton will welcome a sister city group of about 30 from Tulancingo on September 18. This group will be participating in Pleasanton Heritage Days.

To reserve space for the June 4 dinner meeting, call Bob Athenour at 846-3597, or Steve Noble at 463-9500. Cost for the dinner is $10 per person. The dinner meeting is open to anyone interested in the sister city effort. For photos of the trip see page 6.

To see a reproduction of the original article and edition of Pleasanton Pathways, visit:
May 27, 1985 Pathways