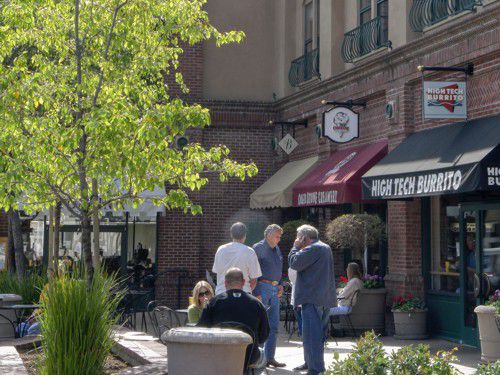 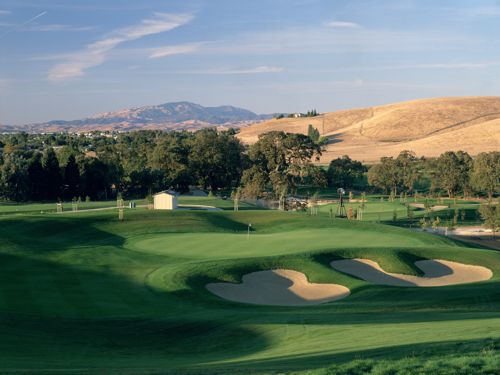 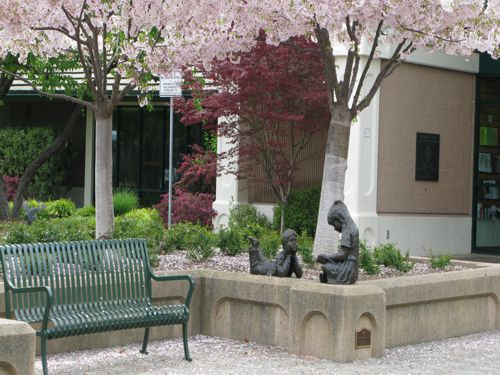 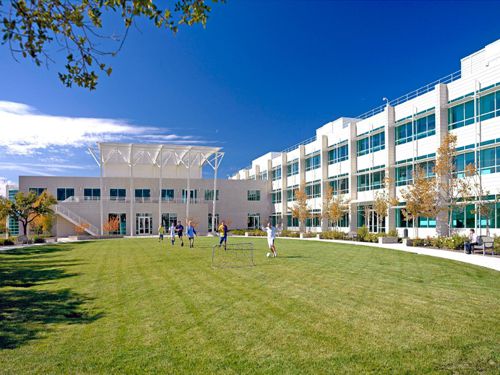 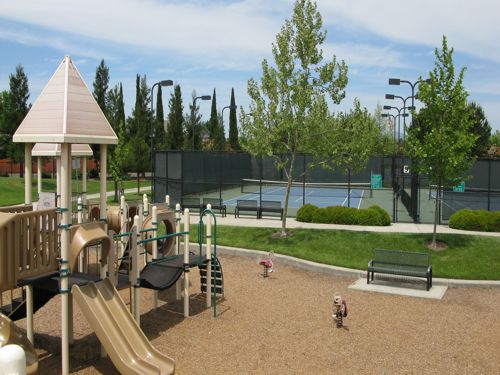 The City of Pleasanton first attracted settlers in the 1850s and was incorporated in 1894. Agriculture formed the basis for the area's initial economy, with ranchers and horse breeders later joined by dairy farms, hop fields, and vineyards. Pleasanton was also the setting for several Hollywood films in the early 1900s.

The city's long history and character are most clearly evident in its beautiful downtown. Also on display throughout the city, especially at Hacienda, is the community's focus on creating a high quality of life for the individuals who live and work in Pleasanton. That includes a stellar education system and unmatched recreation opportunities.

The Pleasanton Unified School District is one of the best school systems in California, with many of the district's schools regularly winning recognition in the California Department of Education's "Distinguished Schools" program. Top-ranked colleges and universities, including UC Berkeley, Las Positas College, and Golden Gate University offer a wide range of majors to undergraduates as well as courses for working adults. Pleasanton's great climate also offers residents and employees ample opportunity to enjoy the many sports facilities, thousands of acres of parks, and quality golf courses in the area.

Pleasanton is a premium business community with a strong local economy that supports thriving businesses of all sizes and industries, from innovative startups to world-class enterprises. The city’s direct access to a highly educated and technically skilled workforce, positions Pleasanton as a competitive employment center with more than 65,000 jobs. This business-friendly identity is perfectly complemented by top-ranked public schools, abundant parks and open space, diverse cultural activities and an enriching quality of life, and makes Pleasanton precisely the right address to live, work, and raise a family.
Karla Brown, Pleasanton Mayor

Civic officials have long worked with business leaders, educators, and residents to maintain the city's quality of life and shown strong support for business activity as well as public transit, top-ranked education, and recreation opportunities. A wide variety of business resources from job training to investment opportunities to business advocacy and more are readily available to any Hacienda business.

Both Hacienda and Pleasanton have received national recognition for their intelligent planning and resourcefulness in dealing with traffic mitigation, regional transportation planning, and cost-effective infrastructure improvements. A well-developed street network provides easy access to and from the major arterials and interstates that connect Pleasanton to the surrounding region as well as convenient travel within the community. In addition to road networks, Pleasanton features access to a variety of local public transportation options, including a Bay Area Rapid Transit station within Hacienda and an interregional train station.

Today, more than 4,500 businesses in a wide range of industries operate in Pleasanton. Both the City of Pleasanton and Hacienda strive to create environments that allow all kinds of businesses to succeed. For more information about Pleasanton's economic strengths, visit the Economy section of the Project Overview.

Charts at the end of this page give additional detailed information about the City of Pleasanton. Key demographic traits for Pleasanton include: 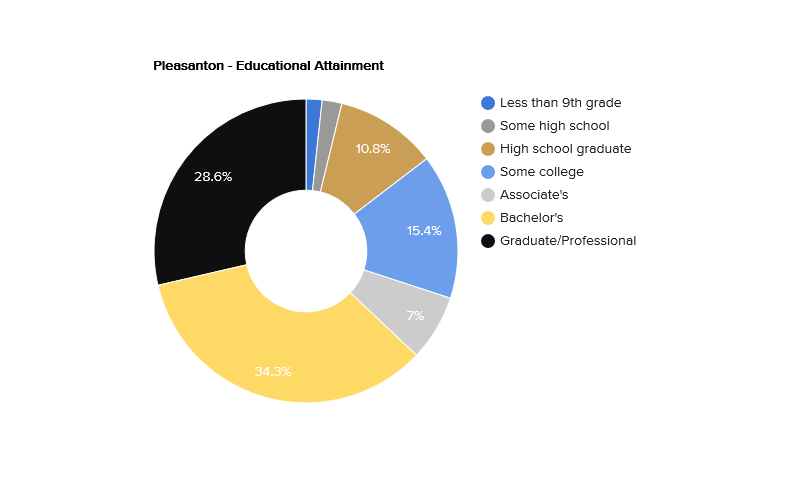 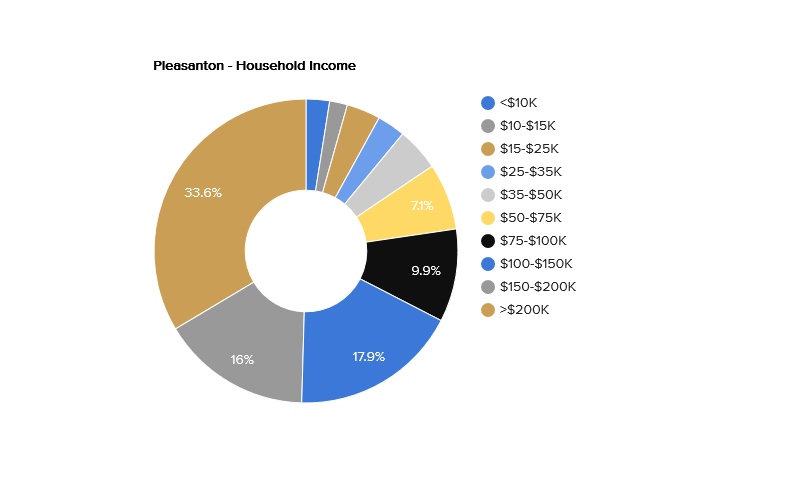 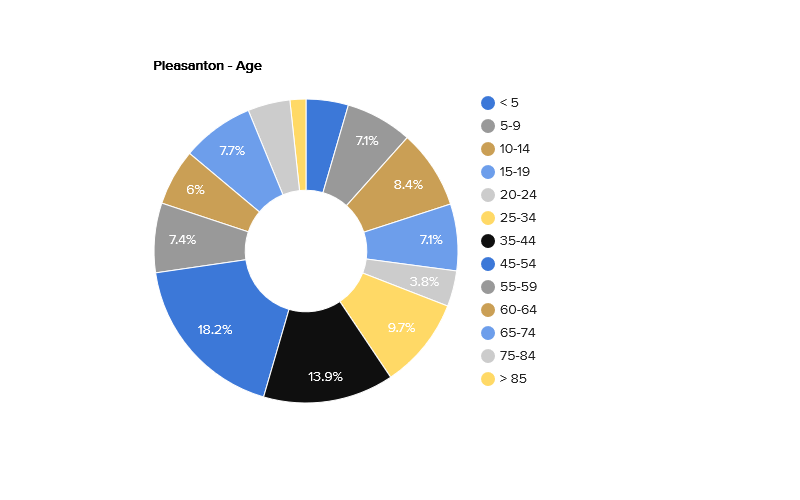 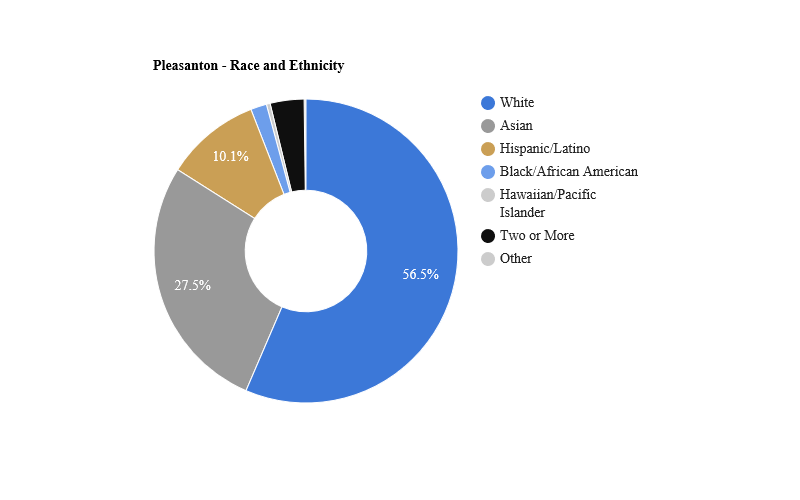