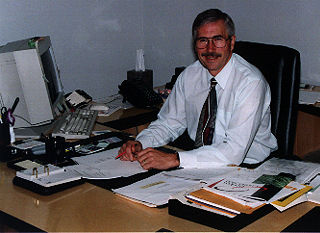 Kevin Keller can see both sides of the fence from his desk at ESQ Business Services.

It's easy to admire Kevin Keller, president of ESQ Business Services. He likes small companies, which means he's not above moving a desk when it's needed, and he prefers the eclectic chemistry of a smaller company over the insulating bureaucracy of a larger one.

Despite his personal tastes, though, he is reluctant to denigrate the culture of large companies. In fact, there are many things Keller admires about the ability of major corporations to perpetuate themselves.

"I have to give a lot of credit to them because of some of the major processes that they utilize and put into placeto understand them is paramount," he says. "You can extrapolate parts of those processes and use those parts to fix a problem in your business. That goes a long way towards the wisdom-building and the knowledge base that you accumulate."

For Keller, it's all a matter of expanding one's perspective. His experience working for companies of various sizes gives him insight into not only how these companies do business, but also into how to treat them as customers and clients.

"Being able to identify and relate to situations from both the buyer's and seller's perspective I think is invaluable," he says. "I've enjoyed and benefitted from both experiences and from being on both sides of the fence."

Keller grew up in suburban Chicago and returned their in the early '70s after a tour of duty in the Air Force, where he got his first taste of computers.

He went to work for a major insurance company, becoming a systems programmer before moving into information technology management. He reached a pinnacle in this phase of his career as director of information systems at a large hospital in the same area.

It was there that his career took another turn. His department had worked extensively with a vendor, Cambridge Systems Group, suggesting improvements and enhancements in their product. He was soon offered a job with the vendor, and along with it an opportunity to move to California.

Keller started with Cambridge in an advisory role, shaping their products from his unique perspective as a user with real world experience. His managers soon recognized the value of this and suggested a move into sales.

Despite an aversion to sales people, he found he enjoyed the job. "There was a style of selling that was different than what I experienced," he says. "It was more of a consultive sell."

It worked well, and showed Keller the value of his experience in a different light.

"We had a great team of people who had climbed through the technical ranks and had a good understanding of how the software worked," he says. "To me, that was key in terms of understanding both sides of the fence."

It's a theme that carries through in his business philosophy today.

A Startup But Not a Startup

Understanding both sides of the fence helped Keller through subsequent career moves and into ESQ, which he joined in 1993.

At that time, ESQ was strictly a technical organization. While the company was successful in creating the best selling software product for the Tandem computer platform with their first releasea network automation productTandem had also published the package.

"ESQ had no sales organization, no support, no marketing collateral, because they weren't necessary previously," he says. Keller came on in part to help make the transition to a full-fledged software company that markets, sells, and supports its system tools and utilities products.

The next step for the company is an exciting one. "We're going to take some of our core experience that we've built and turned into software in the Tandem market and move that into the Windows NT and Unix area," he says.