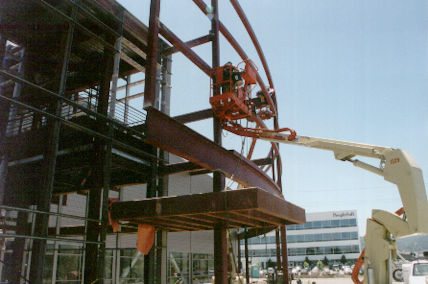 In an effort to both take advantage of new technologies and cut telecommuting costs, PeopleSoft has unveiled "PeoplePipes," a new program which will allow employees high-speed access from their home PCs to PeopleSoft's network.

"We're an early adapter of new technology," explains Neil Hennessy, director of global network services. "We live and breathe on our machines, and if you can't get to your e-mail or the systems that support you, you really don't work for PeopleSoft."

A Taste of Technology

The company will employ what Hennessy calls "a smorgasbord of technologies" in the new program. "The primary one we're aimed at at the moment is DSL (digital subscriber lines)," he says.

DSL allows high-speed data communication over existing phone lines and is rapidly becoming the method of choice for small businesses and individuals. Unlike technologies like ISDN, which are billed according to usage, DSL connections have a fixed price that's "much cheaper," according to Hennessy. (See article on page 3 for more on DSL.)

While DSL is the company's first choice for home office connectivity, it's not available everywhere just yet.

"We may be using cable modems in some areas and we may be using satellite (access), or in some cases we may have to stick with ISDN," he adds. "We've rolled out this area first because of the availability of DSL here, and we're working with vendors for the rest of the U.S. and then we'll go to Europe and the Pacific."

PeopleSoft will be working with Pacific Bell and other DSL and cable modem providers. In addition, Pacific Bell Network Integration (PBNI) will play a key role in the implementation of the PeoplePipes program. PBNI will oversee installation of the new lines as well as provide technical support for basic network issues.

Ultimately, Hennessy sees a boost in productivity as a result of the program.

"People expect high-speed access based on what they use in the office," he adds. "We want to provide higher speed access for quality of life so people can get on and get off quicker."