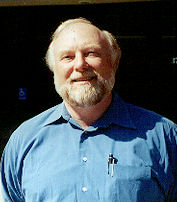 Success, it seems, is a relative term. While many would define it strictly in terms of an economic scale, the ones who are really successful have defined the term uniquely for themselves.

Take John O'Neill, founder of J.M. O'Neill, Inc., a contractor specializing in industrial and commercial buildings and tenant improvements. While money is certainly an important issue for the firm - as it is for all companies that wish to remain in business - it's not the only one or even the most important.

"The day I started my business, my wife Mary gave me a little card to remind me that happiness is not a destination but a way of travel," he says. "That's still on the bathroom wall. I look at it every morning, in the drawer where I keep my toothbrush.

O'Neill began his construction career at the age of 14, working summers and after school as a carpenter or a laborer for a homebuilder in his native Wisconsin.

He attended the University of Wisconsin from 1967 to 1969, studying electrical engineering.

"Those were exciting years there," he recalls. "That's when they shut the campus down during the Vietnam War."

He left school early for various reasons, the main one being financial.

"I don't want to say my family was poor but they really couldn't support the college and I had used up all the scholarships I had, so I went back to work full time as a carpenter for a couple of years to finish my apprenticeship," he says.

He was wedded to Mary 30 years ago and she urged him to return to college. Together, they chose Arizona State and its construction engineering program, where he spent his final year in college.

"I was recruited out of school by a California construction firm called E.W. Hahn, a shopping center builder and developer," he says. "I think in the early 70's they were the largest in the state."

Starting as a junior estimator, he quickly became an estimator and was then promoted to the sales department.

"I was a 24- or 25-year-old salesman who had access to the company jet," he says. "It was pretty exciting. Our clients included Sears and JC Penney so I was travelling to New York and Chicago often and flying to L.A. at least once a week."

E.W. Hahn shut down their Northern California office and invited O'Neill to relocate to Southern California, but they chose to remain in the Bay Area and was hired by Vanderson Construction in 1976 as a project manager. Because of the departure of two top-level employees, opportunities opened up and O'Neill was a vice president and a director within a year.

When he was made administrative vice president, the job started to lose some of its appeal, however.

"I pretty much stopped handling individual projects and started running a staff, which is probably one of the reasons I left. I enjoy doing projects."

Among the projects that O'Neill managed were many of the first buildings in Hacienda. His track record on those helped lay the groundwork for his own company, which he started in 1983.

"I got a lot of encouragement from the Prudential people, who were developing Hacienda at the time," he says. "They thought I would do well in my own company."

Currently, they offer a full suite of services, from planning and design through construction and tenant improvements. O'Neill is happy with the arrangement, as the company is small enough for him to manage a few projects himself and have peripheral involvement with everything that goes on.

"What I like to do is build successful workplaces, buildings and environments that people work in whether they're factories or offices or distribution buildings," he says. "People spend as much time in their work environment as they probably do anyplace else, so it's important to have nice lighting, nice views, nice architecture when it's done right, I get that satisfaction."

He also gives a lot of credit to the company's employees.

"The key to our success is the employees and we've got a lot who've been here for years," he says. "These people look out for the best interest of the company. Having that trust and confidence makes having your own company enjoyable and fun, and we do have fun.

" It sounds like they're remembering to enjoy the trip and not just the destination.