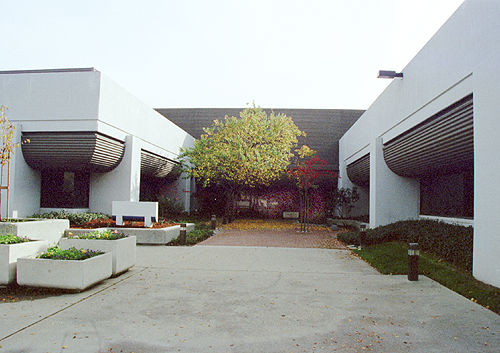 Intel has leased this 53,288 square foot facility at 5794 West Las Positas Boulevard. Occupancy is expected in March of 2001.

Intel Corporation, one of the key companies in the development of the personal computer over the last 30 years, has signed a lease to occupy 53,288 square feet at 5794 West Las Positas Boulevard.

The facility will be occupied by a work group relocating from San Francisco which specializes in optical networking. Currently numbering 50 employees, Intel spokesperson Mark Pettinger notes that the group is expected to swell to 130 in its new Hacienda location by the end of 2001. Many of the additional group will be existing Intel employees transferring to the new location but a large number of new jobs is expected to be created as well.

Occupancy is planned for mid-March, 2001.

Intel has already launched a number of products supporting optical networking, the latest network technology which uses pulses of light over fiber optic strands to communicate. While the main lines that carry voice and data content across the country have utilized fiber optics for many years, the increasing need to deliver large amounts of data to a single desktop or local area network means that fiber is increasingly being used in other areas of the telecommunications network.

With fiber coming into increasing use, there is a growing need for devices which interpret and pass on these signals. Intel's optical networking chips, or "optical silicon," are used in the systems that transmit and direct traffic across these networks, whether at the core of the main network or at the point where individual users access it.

"There is a massive build-out of optical networking infrastructure taking place," noted Deepak Rana of Intel's Optical Networking Operations group in a recent interview. "The exponential growth of voice and data traffic on these networks is driving this build-out. However, our focus is not simply on pushing bits of information. Intel's optical networking chips are designed to help customers develop new multiservice network equipment."

A History of Innovation

Intel's history is well-known to those who follow the technology industry.

The company was founded in 1968 to produce semiconductor memory products and introduced the world's first microprocessor in 1971.