Visioneer Sees its Future in Hacienda 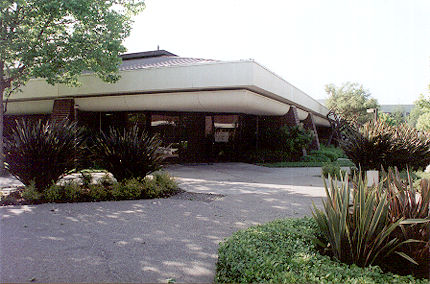 Visioneer, manufacturers of the well-regarded OneTouch line of scanners, is relocating their corporate headquarters to Hacienda from its former location in Fremont. The company, a wholly-owned subsidiary of Taiwan's Primax Electronics Ltd, was recognized last July as the top producer of flatbed and sheetfed scanners as measured by unit sales.

"We're in the imaging business, today with scanners but imaging products include digital cameras and other types of CCD image capture devices," says Murray Dennis, Visioneer's president and CEO. "Cameras are a new product line that we'll be launching next year."

Their OneTouch line takes an innovative approach to what can be a complicated process. Where most scanners require a special software program to control the device, a second package for image editing, and so on, OneTouch scanners directly link scanning hardware with Scansoft's PaperPort software.

"The user never has to launch PaperPort software or the application that the scanned image will be 'linked' to," adds Danielle Tatman, a Visioneer spokesperson. "The item to be scanned is simply placed on the scanning surface and one of the convenient buttons on the face of the scanner is pressed and the scanner automatically launches the PaperPort software, scans the item, and 'links' it to the desired application."

The company's move to the 14,000 square foot space at 5673 Gibraltar Drive, Suite 105, continues an eastward trend for the company.

"We used to be located in the Palo Alto/Sunnyvale area and then we moved to Fremont," explains Dennis. "I guess you could say we've been moving east."

Dennis adds that the company's analysis concluded that the labor market in the area and competitive real estate fees made a move not only feasible but strategically sound.

"The Tri-Valley was chosen after a survey of our employees determined that about half of them come from the Tri-Valley already," he says. "It was also attractive to many others from Fremont and Hayward. In fact, the move has already helped with recruiting."

Approximately 50 people will be employed at the new location.