Felice Price Brings the Galapagos, King Lear, and Other Dreams to her Financial Planning Practice 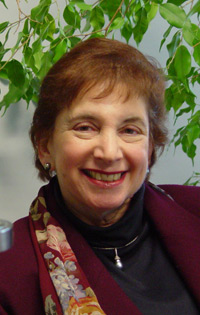 Price's approach to both her job as a Certified Financial Planner (CFP) and to life go far beyond anything that can be figured on a calculator or spreadsheet. Her life is and has always been devoted to the pursuit of dreams - sometimes practical and sometimes fanciful, but dreams nonetheless.

"I enjoy my art collection and I've been to Tibet, the Galapagos, and Machu Picchu, and because of that I can tell you more about the world and give you different insights than most advisors," she says. "I think you've got to push out and move and not be a stick-in-the-mud because that's very freeing, and you can also do better at investing because you can experience more, you can see more possibilities."

"Financial planning isn't just a bunch of money piled up - it's what that money can do for you," she says. "I see financial security as financial independence, to give you options and choices and freedoms to do certain things."

It's a unique approach but Price is a unique person, which becomes apparent as she talks about her family.

"My grandparents owned a cigar factory in Kentucky which my grandmother ran - she was the brains and the get up and go," she says. "She was a steel magnolia. She was one of the first people to drive a car in Kentucky. She was a real significant person in my life."

Her father, who graduated from Purdue University with a degree in chemical engineering, couldn't get a job in that field due to the Great Depression. Instead, he joined his father-in-law's business, selling furniture and interior design services. It was as a little girl that Price's business education began as she sat listening at the dinner table.

"When my parents were talking about stocks as a kid - Chicago has a place called the stockyards - and I couldn't understand why they cared about these cows walking back and forth on the field," she laughs. "It took me a while to figure out that they weren't talking about cows."

After she caught on, though, she quickly absorbed the entrepreneurial mindset of those in her family, an understanding that would pay dividends later. She studied English literature in college and went on to get a graduate degree in social work from the University of Chicago, after which she moved to the Bay Area.

"I was looking for a place that was warmer than Chicago and had good opera," she explains. "Places that have good opera, and San Francisco has a world class opera, have very dynamic people - they have a good educational, economic, and cultural environment."

She taught school in Vallejo until a divorce left her on her own with two small children, a situation which gave her the opportunity to use her business background.

She evaluated her skill set and her goals and settled on financial services.

Thanks to a new trend in employement, she got her opportunity.

"At the time (1978), Connecticut General, which is now called CIGNA, was on a national campaign to find women."

The starting pay wasn't much so she decided to give herself two years to learn the field and start earning commissions. It was a busy schedule: On weekdays she trained for estate planning and took classes at night on life insurance, securities, and annuities. On weekends she took the classes necessary to earn her CFP title. It was difficult but it was a good investment of her time.

"I approached business owners, via cold calls originally," she says. "I related well to business owners because I came from that kind of family. So after two years, I started doing well."

When CIGNA moved their local office to San Francisco in 1981, she had developed her client base enough to become independent, so she opened her own office in Pleasanton.

That practice has given her everything she wanted. She has a long list of clients, many of whom have been with her since she began.

In many ways, Price's success could be seen in the classic American light of hard work bringing about due rewards. Despite her penchant for travel and her love for what she calls "my baubles," she characterizes herself as a "conservative, steady, plodding investor."

"It's the discipline of it and the regularity of it that is hard," she explains.

Knowing her financial goals and priorities was also important.

"I wasn't trading up on my house and I wasn't driving a new car every few years," she says.

It's not that she couldn't have, one suspects. More that she would rather smell fresh-baked bread in a French bakery than leather upholstery in a new car.

Her past study of English literature is also useful in her work.

"The reason that stories are famous is because they tap something in human nature that's universal, that repeats itself all the time," she says. "For instance, King Lear is passing his wealth down to the next generation, and he learns that people aren't always what they seem and that you need realistic plans. Opera is full of these stories, too, and if the characters don't perceive their situation correctly, like King Lear, then they have problems."

However, with an advisor as perspicacious as Price, those problems can be avoided.