From SONET to DSL and Beyond, Ralph Ballart's Contributions have Helped Shape Telecommunications 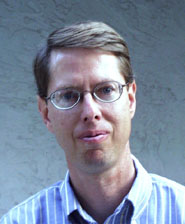 If scientists were given the same kind of attention that movie stars receive, Ralph Ballart would be something of a celebrity.

A physicist by training, Ballart is currently vice president of the Broadband Infrastructure and Services division of SBC Technology Resources, the advanced technology/research and development arm of SBC. In that position, he oversees the division's Hacienda office. Throughout his career, he's made a number of notable contributions to telecommunications technology, some of which have become worldwide standards.

Ballart was born in 1951 in Manhattan and grew up in Queens and on Long Island. A number of experiences as a teenager led him to take an interest in science, including the fledgling American space program and the New York World's Fair of 1964.

"[The Fair] really gave a big impetus to my interest in science," he recalls. "There was a test they gave at the Fair and I won a $25 prize and got a signed letter from (World's Fair president and noted New York planner) Robert Moses."

The other thing that helped point Ballart to science was the simple fact that he had a talent for it.

"I remember when I was in junior high school, just being good at it, and you tend to like things you're good in," he says. "Neither of my parents had a high school education or degree so it wasn't that they steered me in that direction."

He was good enough, in fact, to receive a full scholarship to the Polytechnic Institute of Brooklyn, which later became Polytechnic University after merging with the New York University's School of Engineering. He went to graduate school at the University of Arizona and, after receiving his doctorate, took a job with Bell Telephone Laboratories in 1980.

"Entering the whole telecommunications field was an accidentof working at Bell Labs it wasn't like I chose telecom. In the end, Bell Labs was the most interested in hiring me," he says. "I decided to join an organization that had a lot of physicists already just because I figured if they could fit in, I could fit in."

It turned out to be a better fit than he could have imagined.

"What I found is in the telephone business, there are a lot of problems that you face that are sort of unstructured and not dealt with in a traditional computer science or electrical engineering discipline," he says. "There are problems that are unique to the business and require people who are mathematically oriented and technical but they're not problems that you would have faced in a particular course."

It was the critical thinking skills of a trained physicist that were valued at the company and those skills were put to good use as they began to examine the potential of a new technology, fiber optics.

"Probably the most notable project I worked on was SONET, which stands for 'Synchronous Optical Network.' If you're involved with telephony or data access issues you know that SONET is the mechanism by which we provide services via fiber optics. My group got the patent for the self-healing ring which is typically what is used to provide restoration and it was my job to get an international standard in place with the International Telecommunications Union, the U.N.-chartered body in charge of telecommunications standards.

"Since then, SONET has slowly but surely been used ubiquitously in Pacific Bell's networks as well as those belonging to the interexchange carriers like AT&T, WorldCom, and Sprint."

In other words, it was a development that set a new standard in telecommunications worldwide and has enabled not only remarkable changes in how telephone networks operate but also the revolution in data communications that has enabled the growth of the Internet. Were this an accomplishment in a more widely-recognized medium, Ballart and his development team would be turning away autograph seekers every time they stepped into public view.

"Most consumers, outside of large businesses, don't know that they have SONET whereas, you know, my daughter has heard of DSL," he smiles.

Of course, Ballart and his group at Pacific Bell and now SBC have had a lot to do with the development of that technology as well.

"We were involved very early in DSL, which was originally created for video transport," he says. "We understood very early on that this could be used for Internet access, as soon as we realized that there was an Internet to connect to. I'm very proud of the work that's going on here in DSL, not so much as an individual contributor but more as a manager. We're number one in DSL in California and in the U.S."

Ballart's time is spent almost exclusively as a manager now. While the transition from direct contributor to manager can be a difficult one, Ballart has found that it has its own obstacles and rewards.

"When I see one of our people do great work on a problem or challenge that I gave to them, I get satisfaction out of posing the right problem to the right people. I feel I get a reward from doing that."

His management position also gives him a unique perspective on new technologies in development, a view to the future of technology and therefore the future of how we will live. A project that his team is working on now will connect homes in San Francisco to Pacific Bell via fiber optic cable, enabling delivery of data services and products not yet seen in a residential setting.

"Fundamentally, from a bandwidth perspective, nothing beats fiber optics," he says. "Fiber allows for such great bandwidth that you can start think about handling HDTV signals, that sort of thing. That's a tremendous, long-term opportunity.

"We are also looking at the applications that we can put on DSL or combine with DSL to make it even more compelling to the user. Can a user order video on demand, for example."

Considering the different routes his career as a physicist may have taken academia or government research being the most common Ballart is pleased with the choices he's made and the products of his labor, some of which take him back to his childhood inspiration.

"I collect things about the 1964 World's Fair magazines that focus on the Fair and things like that," he says.

One of the major focuses of the Fair's exhibits was technology, a topic on everyone's mind at the beginning of the space age. Comparing those fair exhibits with today's world, Ballart notes, "really highlights how technology has changed our lives."

More specifically, it shows the impact that the work of Ballart and many other scientists like him has helped humanity.

Or, as Ballart says with a laugh, "I feel like we assisted the creation of the Internet and now I get to personally benefit by going on eBay and spend money on this stuff I collect."

It's just one benefit of a countless total, and with Ballart still helping set the direction for new technologies, it's certain that more are on the way.