Dick Kennedy Discovers that Underneath it All, It's the People who Make the Business 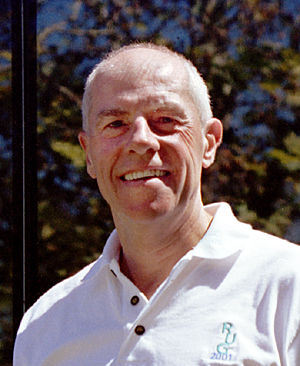 Dick Kennedy's career, which spans nearly 40 years, has been a mission as much as it has been a way to make a living. His quest has been to discover the inner workings of technology and to understand what makes them tick.

The son of a police officer, he grew up in Lynn, Massachusetts, a small town near Boston. It was there that he got his first exposure to technology.

"General Electric was the big employer in the area, and anyone who was in the engineering/technical field was considered to have a really, really good job," he recalls. "GE did a lot of jet engine work and some electronics work and most of the rest of the town was small retail businesses."

His goal of a technical education led him to Merrimac College, a Boston-area college with an engineering school which happened to be located "just up the street from Bell Labs," which offered internship opportunities to many Merrimac students.

"It was around the time that transistors were just getting big and everything began to blossom," he says. "Wang was a startup and picked up some people from Bell Labs and the companies started feeding off each other, then DEC (Digital Equipment Corporation) popped up. It was more or less the beginning of the industry at that time."

After receiving a bachelor's degree from Merrimac College in 1962, Kennedy was recruited by the National Security Agency and left Boston for Washington, DC. After spending just two years there - "it was kind of slow and certainly not entrepreneurial" - he returned to Boston, where he joined RCA's aerospace program.

"I had an opportunity to get in on the lunar program," he says. "We worked on the first moon landing, the control systems for the landing engines.

"Those were exciting days - a lot of young people working crazy hours, weekends and nights, everybody enthused with Kennedy's vision of where we were going to go. Suddenly, in a few years, we had gone from Dick Tracy and Buck Rogers to actually going to the moon!"

That experience also led to a new direction for Kennedy.

"As I got more into what RCA was doing, it became more and more obvious that computers were behind all this stuff," he says. "You could design the servo controls and the mechanisms that actually do the work, but behind it all were the computers. That triggered my interest."

RCA, however, was getting out of the computer business, which meant that Kennedy would have to leave RCA to pursue his new interest. With Boston's large number of high tech businesses, he quickly found what he was looking for at Honeywell, where he remained for 27 years.

"It was good because I was able to change jobs (within Honeywell) every three years and they were working in new, innovative technical areas," he notes. "They offered good professional development programs and since they were international I ended up managing people not only in the U.S. but also in Europe."

During that time, he was able to work in almost every phase of the business: research and development, systems engineering, architecture design, project management, customer support, and marketing support.

His Honeywell tenure began in R&D, where he designed electronics for printers and card readers. Once again, though, his innate curiosity pushed him further.

"I worked my way back from the peripherals into the controllers area and the heart of the system," he says. "I went into the system engineering group, sort of working my way back into the innards. Inside, at the heart of it, was the computer and the programming and the logic."

Honeywell entered into a joint venture with Bull Information Systems, a French company, and soon Kennedy had worldwide technical responsibility for a line of Bull's computers. His responsibilities included managing employees in France, Italy, Germany, and the U.K. The joint venture broadened both his and Honeywell's perspectives.

"Honeywell grew in a global sense - it opened the vision into the international world because it had primarily been a U.S. computer company, even though we previously sold overseas."

Kennedy's interest in international work was further spurred by Bull's entry into the office automation market. "I transferred into a special design development group and headed up an effort to internationalize the new office products," he says.

This, too, was something of a revelation for Kennedy.

"I thought the world of office automation was really neat because it was making the world of the computer more accessible to the common person," he explains. "Up until then, what I was doing meant nothing to my wife - I could go home and try to describe what I was doing at work and her eyes would glaze over. When I got into the world of office automation, though, that was her world, those were things she was doing as an administrator. It just seemed to be something closer to real people, but then I always liked working directly with customers."

While at Bull, he also had his first contact with Steve Gardner, who is now chairman and CEO of Peregrine Systems. That, of course, would prove important later.

Kennedy finally tore himself away from both Honeywell and Boston in 1995, moving to California to join a small document management company. He liked the move but not the company and eventually joined Peregrine to head their customer support business.

"Customer service is much more of a profession than it used to be," he says. "Companies would struggle to find people to do it, so they would take some people who needed a break from doing design or people who wanted to get into R&D but weren't qualified, who used it as a stepping stone to get somewhere else. That's changed dramatically because products are so complex and so diverse.

"Peregrine has well over a hundred products. How do you support those? That's a major challenge - you don't do that with people who don't have good skills. There's more of a recognition in the industry of the fact that customer support is a particular skill set and a profession in and of itself."

Kennedy finds himself in more of a mentoring mode now.

"I like to see if I can help (our employees) find some of the excitement that I found years earlier and to see them grow," he says.

That task is one that gives him great satisfaction.

"When I came in, we didn't have any infrastructure in place, so we had to build that. I didn't have a web administrator and there was a woman who was tired of providing support over the phone who was going to apply for a position somewhere else," he says. "I asked if she wanted to give this a try and she never thought she could do it, but she's been doing it for nine months now and I just sent her to a training program. She's so excited about her work - it's just incredibly good to see that."

He enthusiastically cites another example of finding the right person for the job and then letting them grow into it.

"We had a computer lab that was expanding and nobody to take care of it and there was another guy who was tired of handling the phones but didn't want to leave the company," he says. "He said, 'I like to work with the lab equipment - can I help?' It's his full-time job now and he's doing a great job at it."

Kennedy's interest in working with people may seem like an odd change for a man who has devoted his life to technology, but he doesn't see it that way.

"That's me today," he says. "I'm just more interested in the people side. That's much more interesting and fascinating than computer technologies, and although I have that background and I understand technology, I find the more fascinating side is the human side."

That interest is also the logical culmination of his quest. The brains behind the technology and the spirit behind the computer is the person who put it all together.