Charis Intercultural Consulting is a Pioneer in Globalization of Business 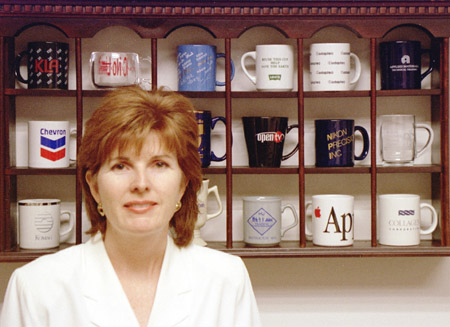 Marian Stetson-Rodriguez counts a number of major corporations among her clients, including Hewlett-Packard, Sun Microsystems, and Roche.

When the Tri-Valley's ground-breaking businesses are discussed, it's usually the area's high-tech firms that are mentioned. There's another industry which has a pioneer in the park, however, and that industry is intercultural consulting.

"I started in this business 20 years ago and people would ask me, 'What do you do? Translations?,'" explains Marian Stetson-Rodriguez, founder and president of Charis Intercultural Training Corp. "Now there are master's degree programs in intercultural communication at a number of universities, but it's still an emerging field."

The idea behind intercultural communication is to recognize behaviors, instilled by living in a particular culture, that can be misinterpreted when communicating to someone outside that culture. That miscommunication can be inconvenient when you're trying to book a hotel room but can be disastrous in a business setting.

Charis (pronounced KAR-is, after the Greek word for "goodwill") offers a variety of consulting and training services for companies that do business in a multicultural environment, whether that's overseas or simply in the melting pot of the Bay Area.

"About 30 percent of the company's business is looking at the international factors that we're dealing with right here at home," she explains.

Of course, the majority of their work comes from companies that have overseas divisions or send U.S. employees on extended assignments in foreign countries.

"We had a client that wanted to take their top sales tools from the Midwest - giving out lots of logo caps and t-shirts and having a lot of cheerleading to keep morale high - and use them for their European sales organization," she recalls. "That was viewed in the European setting as a lot of hype - they were embarrassed by the whole approach and didn't implement any of it. There was a cultural interface that wasn't working."

Cultural differences can be more subtle, however. Even the process of exporting a company's business practices can be more difficult than anticipated. Assuming that what motivates U.S. employees will also motivate Asian, European, or Middle Eastern employees can be a mistake.

"Frequently, we hear - particularly from Asia and Europe - about an insensitivity among American companies," she says. "They'll think, 'Here's our performance review system we'll just roll it out in our UK office,' without even asking whether or not their overseas counterparts find it useful. People may be interested in considering it, but it's all in how you present it."

Charis' training helps companies recognize the common ground between two cultures, so that they can recognize their shared interests and objectives.

The training is usually delivered by a team of two.

"We have a country specialist who is a native of that country and has worked both there and in the U.S., and they're partnered with an interculturalist who has a broader perspective," she says.

The company also offers executive briefings, relocation seminars, and more. They plan on expanding their offerings in 2002.

"We're getting requests for web-based training, so we are going to take some of our key, successful training courses and see what can be delivered via the web or through distance learning techniques."

With the world getting smaller on a daily basis, there's sure to be even more demand for intercultural training in the future.