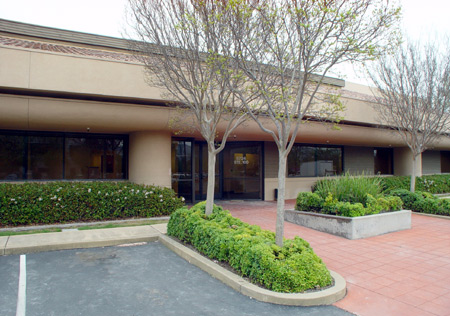 This West Las Positas Boulevard facility will serve as the corporate campus for Prudential California Realty.

Corporate Office to Support 3,000 Realtors in 120 Offices in Three States

Prudential California Realty, a firm with 3,000 Realtors working out of 120 offices in three states, is moving its corporate campus to Hacienda. Beginning April 26, the company's executive staff as well as a number of other departments will make their home in a 20,668 square foot facility at 5724 West Las Positas Boulevard.

The new building will consolidate a number of functions into one location, including accounting, human resources, marketing, technology, legal, training, and a number of ancillary services, according to Ginny Cain, Prudential California Realty's vice president of marketing.

"Previously, we've been split up- accounting, human resources, legal, and marketing have been in Walnut Creek, mortgage operations and training have been in Pleasanton," she says. "The new location will consolidate all of those functions into one building."

In all, the new facility is expected to accommodate over 100 employees who both manage and support the company's team of Realtors stationed in Northern California, northern Nevada, and the Dallas/Fort Worth metroplex.

The Feeling of Family

The new facility has been designed to reflect the importance of the support staff to the agents in the field.

"The (reception area) has large areas of glass so that anyone who walks in will be able to see people working throughout the whole building," says Cain. "We did it specifically that way so that we could get that interaction. We think it's important that our new agents realize that they're being supported by a dedicated staff."

New agents working in California will undergo two weeks of training at the facility, which will emphasize that relationship. The company has training on an almost perpetual basis, training new agents and experienced ones as well.

"Previously, the training took place in a separate facility and our agents didn't get to see all of the folks supporting them and that feel of the family. Now it will be real for them."

Prudential California Realty was founded in Berkeley as Mason McDuffie in 1887. The firm joined the Prudential Real Estate Affiliate Network in 1997, changing their name to reflect the new alliance. The company acquired Dutra Realty in 1999, six offices in Sacramento and two in the Tahoe/Truckee area in March 2000, and added a six-office operation in Dallas/Fort Worth in October of 2001. A portion of the company's foyer will be dedicated to the history of the company, with vintage photos and relics on display.

The new facility will also house The Home Loan Group, a subsidiary which offers a variety of loan programs offered by hundreds of lenders, and Orange Coast Title, a subsidiary offering title services.