Hacienda: The Realization of a Dream

By George Walsh * Special to Network 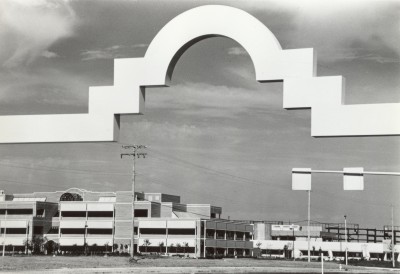 An aerial view of Hacienda in the mid-1980s. 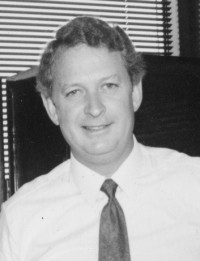 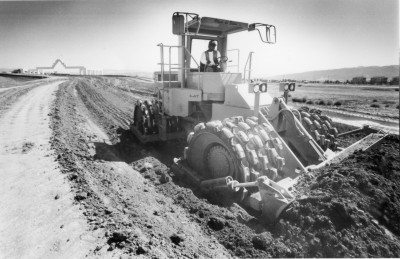 Construction of the I-580/Hacienda freeway overpass. 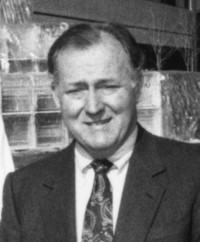 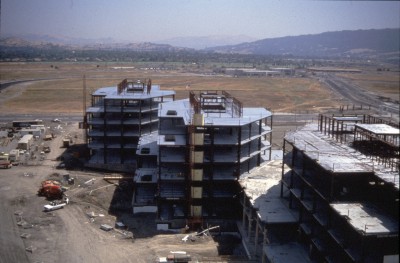 Construction of the Associates Center buildings on Hacienda Drive.

By George Walsh * Special to Network

Those involved in the real estate business might tell you that the biggest factor in a property's value is its location. However, at some point, some forward-thinking individual must have recognized that a particular geographic area was worthy of development, turning something that might have been left unproductive into something fruitful and giving it the status of an attractive "location." That's exactly what happened in Pleasanton 20 years ago when development began on Hacienda.

Phase One The Early Years

No one really walks in, produces a pile of money and takes over a plot of land that encompasses 865 acres without having a history of making good decisions about where people want to conduct their business. The namesakes of a company called Callahan, Sweeney and O'Brien-Joe Callahan in particular-already had financial support and development expertise based on successes with other business locations in the Bay Area prior to working on Hacienda with the Prudential Insurance Company of America. At the time, Prudential was the biggest developer of real estate in the nation.

According to CSO partner Mark Sweeney, "Joe had worked with Prudential in the early to mid 70s in Moffett Park and he helped them take what was a pretty moribund development and turn it around by really promoting it as a great place to do business through an analysis of the potential of the park from the point of view of labor, quality of life, and transportation. He was trying to figure out why an employer might go to some place like Moffett Park," Sweeney says. "Joe then tied up a big piece of land in Milpitas and the prevailing wisdom in Silicon Valley was that people who have these companies are not going to have Milpitas as their headquarters on their business cards. Joe said 'You're wrong, the laborers are here and commerce follows labor and it will happen.' Before too long, Amdahl and Hewlett-Packard had their names on business cards that said Milpitas, California at a place called Oak Creek Business Park."

Oak Creek Business Park was a tremendous success. In the first two years, Callahan had built out or sold three quarters of the 300 or so acres of land, but he still had his eye on a bigger project. "It was my belief that access to employees was going to become a major issue in the latter part of the 20th century," Callahan says. "Caltrans and MTC have these commute and travel time analyses they do for the community. We were looking up in Northern Marin county in the North Bay and we were looking at parts of Redwood Shores and the 880 corridor in 1976 or 1977. I had worked on a deal with one of the semiconductor companies who were looking in the Tri-Valley area, which is how I got exposed to it."

To begin work on their next development project Callahan and his partners picked a half a dozen locations in the Bay Area where they could assemble 500 or more acres and did commute time analysis to figure out which location had the best access to the largest number of employees and the ability to grow in the future. The intersection of highways 580 and 680 came out to be far and away the best location in the whole region because the average commute time to get to work anywhere in the Bay Area was around 30 minutes, which gave businesses access to from 35% to 40% of the total employed residents in the region within a reasonable commute time.

Phase Two The Birth of Hacienda

In 1978, California's voters passed Proposition 13. While a boon for homeowners, California towns and cities who relied on property taxes to support their infrastructure were struggling. "Prop 13 brought about a huge change in how you financed municipal services," Sweeney says. "It was really tough on a place like Pleasanton where your cost of business was going up a lot faster than your property taxes. They consequently had to make some really serious choices about mowing the lawns in the parks and turning on half the street lights instead of all of them. The city leaders were trying to figure out how to provide police and fire and other services in this environment."

Enter Joe Callahan, just like the Music Man. He tells the township that he has an idea for North Pleasanton that will turn its swamp into a multibillion dollar enterprise with tens of thousands of jobs and millions of dollars in tax revenues. At that time, the land on which Hacienda stands was zoned for industrial development. When Callahan and Prudential were buying the land for Hacienda, they could have built a drab industrial complex because the land was zoned for it. But that obviously wasn't Callahan's vision. His vision was what you see in Hacienda today.

Not everyone was in favor of the mixed use office development that would eventually become Hacienda. Some in the community had hoped the area's industrial zoning status meant that nothing much would happen on the site, but local leadership rallied behind the effort. Many of the elected officials were supportive because they knew in the long run that Hacienda was going to be a great asset to the community. A referendum vote was held in 1984, in which there was a 55% turnout; unheard of in a single-issue non-primary election. The voters resoundingly approved the Hacienda development at a margin of 63% to 37%. Even after winning approval, legal issues continued on for roughly two and a half years. Despite some unresolved debates, Callahan and Prudential continued developing Hacienda, confident that the business park would meet with the approval of the community - and they were right.

As part of being allowed to move forward, Hacienda made a major commitment to the community. "The city had no emergency water system to speak of," Callahan says. "That huge tank up above Foothill at the Stoneridge intersection was the first major emergency water system in the city. Hopyard Road was a two-lane road that was under water every winter for part of the year. Part of the way we solved the swamp problem, for instance, was by going downstream and fixing the Arroyo de la Laguna from a point about 1,500 feet north of where it goes under 680 down to the Bernal bridge. That's miles from the complex, but by fixing that drainage channel, we dropped the hydraulic grade line for the 100-year flood by four feet in the whole town." Several of the old subdivisions adjacent to Hopyard used to get water in their garages consistently because they were in the flood zone, but the improvements made by Callahan ended the flooding for many of those areas. "The infrastructure in North Pleasanton is installed by private property owners," Sweeney says. "They improved Valley Avenue all the way down to Bernal and built freeway interchanges and rebuilt Santa Rita Rd. and built Las Positas and Stoneridge Drive." Pleasanton's Willow Marsh had been transformed into a state of the art business complex. Even beyond that, Hacienda committed to not only improve these areas but to maintain them in perpetuity. To this day, the improvements made in Hacienda are maintained by the development at no cost to the surrounding community.

The first building to open in Hacienda was on the corner of Stoneridge and Chabot and the first occupants were Prudential and many of the engineers and architects that were working on the project. Prudential and Callahan, Sweeney, and O'Brien started about 1,100,000 feet of spec buildings during the time that they were building the public improvements, so that as the streets were opening in the summer of 1983, so were the unleased buildings.

The AT&T Western Regional Headquarters moved to Hacienda in 1983 and occupied nearly six hundred thousand square feet of buildings by January of 1984. Hacienda, however, wasn't always the bustling business park you see today. According to O'Brien, through 1985 there was a reasonable level of activity in the office market, and then leasing activity slowed and remained slow for all practical purposes until around 1993. The inactive business rental market did have one positive effect on Hacienda. A number of parcels of land were converted and rezoned to residential use through the mid-1990s. Prudential entered into relationships with Signature Properties, which then developed many hundreds of homes. Hacienda then became the home to residents as well as business tenants - and became a fully integrated mixed unit development.

After 1993, the market picked up considerably and a number of key tenants moved to Hacienda, including PeopleSoft, Roche Molecular Systems, and Shaklee. Over the course of several years, Prudential was able to sell the balance of its acreage to end users, about 20 years after Callahan started contracting for the property. Callahan stepped out of the day-to-day operations and the marketing for Hacienda in the fall of '89-though the offices of his Callahan Property Company are still in Hacienda on Stoneridge Drive. Mark Sweeney folded his Hacienda Marketing company in 2000 when Prudential completed the last of its land sales. Through the efforts of Callahan, Sweeney, O'Brien, and Prudential, over the course of 20 years, Hacienda has evolved into one of the top business parks in the country with around 3,500 residents, 1,530 units of housing, and some 18,000 people who work within its borders. Turning a swamp into a world-class business park is no small feat, but nearly everyone who lives and works here can be proud and thankful that a few visionaries had the foresight to get the job done. Pleasanton is a better and more prosperous place thanks to their hard work and belief in what they were doing.

Today, Hacienda continues to see the unfolding of the vision that Joe Callahan and company had first held for the development. The available labor, access, infrastructure, and quality of life proves to be a winning combination that still attracts some of the biggest and most successful business organizations, and the park is just as vibrant as the day the developers first broke ground. Approximately two million square feet of office space are slated for the remaining land and discussions are being held to plan the ways that Hacienda can further grow and improve in the future. It's inspiring to realize that, after 20 years of evolution, the story of Hacienda will only get better.