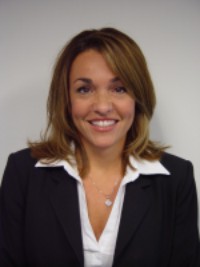 The negative comments or actions of others are discouraging to most people. However, for someone like Shawn Jennings Edgington, saying that she can't do something is like challenging her to prove you wrong. While working at her first job at an insurance agency, she ran into just such a situation.

"I was a customer service representative, which I enjoyed, but always knew I wanted to get into a sales position within the agency," Edgington says. "After a couple of years, I told the principal that I really wanted to sell insurance. I was probably 21 or 22. He said 'Shawn, women don't sell insurance.' It's hard for me to hear the word no, so I went somewhere else, where I sold insurance and learned the ropes for 10 years. Now, I always think of what he said back then, and thank him every time I see him."

Moving to a new job where she achieved a producer position that she was told was impossible, was only one step on Edgington's road toward owning and running Granite Insurance.

Though her parents owned an insurance agency for 20 years, she feels she learned the most by example, albeit a bad example, while working for the employer who put her in sales. A number of problems arose at the company, prompting Edgington to leave suddenly, not knowing exactly what her next career move would be.

Rather than seeking out another employer, Edgington decided to start her own company in 1994 - a company that reflected her own ideas and ideals. However, she doesn't only learn from the mistakes of others. "I make mistakes every day," she says. "But I knew what not to do. I figured that if I just did what I always wanted to do but wasn't allowed to, maybe my agency would have a chance."

It must be working. Granite has been experiencing over a 30 percent growth rate over the last five years, despite the recent economic slump.

"We have a pretty steady growth rate," she says. "It never spikes up or drops down like a roller coaster but it's pretty steady, which is the nice thing about the insurance industry."

Despite the growth of Granite Insurance, it's important to Edgington that the work environment remains comfortable and friendly.

"The thing that's nice about being involved in a privately held company is that it's still a little intimate and personal. I never want this company to turn into a large 'sweatshop' where I don't know people's names or they don't know mine. You just spend so much time at the office. Everyone does, not just me. Everyone has to feel like it's a second home."

Edgington expresses her business philosophy in other ways as well. She feels that it is an important priority to support and participate in the Pleasanton Leadership Program, co-sponsored by the City and the Chamber of Commerce.

"This program is an amazing way to become acquainted with the Pleasanton Community, to learn leadership skills, and encourage community involvement within our great City. We choose one employee every year to participate in this nine-month program."

The company also has a policy of promoting from within, which means that everyone who wants to advance is inclined to do their best work all the time.

Of course, balance is an important part of Edgington's everyday life. That is why she has been taking kick boxing classes for over four years, and loves to run.

"I am a firm believer that staying healthy - eating right and exercising regularly - has a direct effect on my ability to do the best job I can do, at work for my clients and employees, and at home for my family."

In the insurance business, Edgington's philosophy and attitude toward clients needs be a little different than that of those selling more tangible goods that you can actually hold in your hands.

"We view our clients as partners and we know that they trust us to deal with all their insurance issues as they come up. In our business, we're providing a non-tangible product. With insurance, you pay money and you see nothing unless you have a claim."

Granite aspires to give top-notch service that makes its clients confident that they actually are getting something for their money even if they never file a claim.

Edgington's can-do attitude has taken her a long way, but she's not alone in the decision-making process. Edgington also has a partner with whom she collaborates on business decisions. Though he's not officially an executive member of Granite insurance, Edgington relies on the advice or her husband, a plumbing and electrical contractor with 60 employees of his own.

"David's just a huge support," she says. "He believes that I can do anything I put my mind to, so we're always bouncing things off each other. We can help each other out. It's easier to see problems and solutions if you are looking in from the outside."

If Granite's award for being one of the Top Fifty Fastest Growing Companies from the East Bay Business Times is any indication - two years in a row - one can imagine that Edgington's husband gleans just as much from their business discussions as she does.

Edgington's positive and confident approach to business and life extends beyond herself, and she tries her best to encourage others to follow their dreams.

"I think that anyone can do anything they put their mind to, and if they really want to, they can do it. I tell my kids that every day. I know they believe it too."

Granite Insurance is a retail insurance broker that provides insurance services for businesses, including commercial insurance and employee benefits, along with personal lines for key customers. The company currently employs nine people, but has less modest plans for the future.

Over the last 12 months, Shawn has been working diligently on the intimate details for the construction of their new 23,000 square foot office building in Pleasanton.