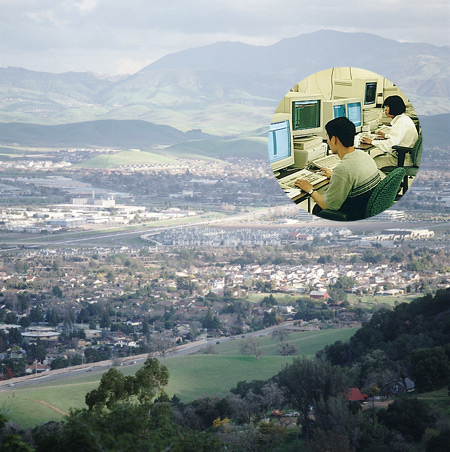 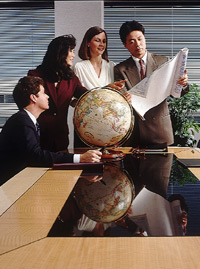 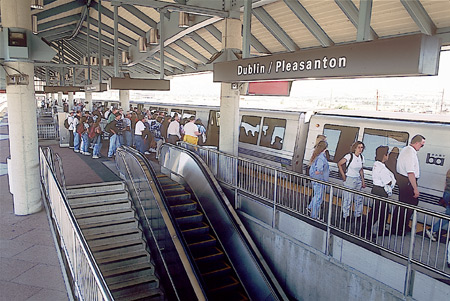 An examination of the area's economic productivity reveals that Pleasanton, the Tri-Valley, and Alameda County have turned in an incredible performance over the last 10 years.

The East Bay has since the mid-1980s been the fastest growing part of the Bay Area. With nearly a third of the Bay Area's workforce, excellent prime land available for commercial, industrial and residential construction, world-class universities and research laboratories and a highly educated workforce, the East Bay has seen strong economic gains in recent years, proof that the area and its job centers are important economic engines.

Add to this the high quality of life found in the area and it is easy to understand the region's burgeoning popularity. An examination of this engine tells an amazing story.

The East Bay has significant economic clusters, geographic concentrations of interdependent businesses in related industries, that

fuel the economic growth and act as markers and indicators of the region's health. The Economic Development Alliance for Business, a county organization whose mission is to continually foster the East Bay business climate, uses certain clusters as key indicators. These clusters include environmental technology, healthcare technology, multimedia technology, motion picture and television, telecommunications, computers and related electronics, and food processing.EDAB says that the cluster analysis provides a comprehensive view of linkages within industries, as well as the types of economic activities that make up an industry cluster.

This health is further reflected in the returns seen from the region overall and in the performance of the aforementioned clusters.

Taxable sales and tax gains all show the county's solid growth in value over the last several years.

Fueling this engine are Alameda County industry clusters, which have continued to grow between 1995-99. Although in 1996 the telecommunications and food processing clusters experienced a slight softening, both segments, continued to grow in 1998 and 1999 and each sector referenced above continues to experience net growth in employment.

New businesses continue to feed the growth of product manufacturing with apparel and other textiles increasing from a little more than 100 businesses in 1997 to roughly 475 in 1999. Other segments adding businesses in the same period were chemicals from approximately 40 to 150; petroleum and coal from less than 10 to almost 400; and rubber and miscellaneous plastics, from 40 to more than 200.

While the county did see a decline from 1997 to 1999 in the number of manufacturing businesses in food, lumber and wood, furniture and fixtures, and the stone, clay and glass industry, the three largest clusters continued to show strong signs of growth including high numbers of total employees. In 1999, the multimedia technology cluster showed employment of approximately 33,000 employees; motion picture/television, with 22,000; computers/related electronics at 22,000 and food processing with 27,000.

In addition, increasing investment and development in the environmental technology sector has drawn 3,000 employees, and healthcare technology employs more than 6,200 people.

Alameda County continues to stand-out in manufacturing. Product manufacturing in Alameda County is spread over many economic areas, and also increases the stability of the market sector. From 1997 to 1999, electronic equipment and industrial machinery, followed by printing and publishing, saw tremendous gains in the number of employees. In 1999, the three areas employed more than 24,000 people.

Reflecting the important trends seen in Alameda County, the Tri-Valley area of Pleasanton, Livermore and Dublin has also become a magnet for businesses. The area continues to experience rapid growth in telecommunications, software and related industries.

The area is also at the forefront of increasing employment. Again, a look at some of the key county clusters in the Tri-Valley is revealing. From 1995 to 1999, Tri-Valley employment grew more than 400 percent in the multimedia technology cluster. Food processing, a large employment cluster of more than 4,000 people in 1995 grew to more than 5,500 in 1999.

The computer and related electronics industry shot up with more than 3,000 jobs in 1999 from fewer than 1,000 in 1995. Other healthy and growing sectors include environmental technology, healthcare, motion picture and television. and telecommunications. All saw overall gains during the four-year period.

The same important strengths and diversity of the Alameda County economic indicators are represented in a microcosm in Pleasanton. Significant growth has taken place in many areas.

First, one can look at some specific indicators to get a sharper focus on Pleasanton's economy.

In 1995, the total figure for taxable transactions was $1,065,226,000. The number of business permits issued was 2,371. Sales were generated in retail stores including apparel stores, general merchandise stores, drug, food and packaged liquor stores, eating and drinking establishments, and home furnishings and appliances. Adding to the numbers were building materials and farm implements, auto dealers and supplies, service stations and other retail stores and outlets.

Again, in terms of community benefit, this economic activity has provided an enormous return.

As Pleasanton continues to prosper with the addition of more business and commercial space, along with more residences, tax revenue is increasing, helping to maintain the high level of city services that people associate with the community.

Solid economic gains have made their mark on property values which have also yielded a great community return.

Pleasanton is an established magnet for employers and employees. The very good news is that the number of Pleasanton jobs has increased steadily without decline. In seven years, from January 1994 to January 2001, the number of people working in Pleasanton grew to 59,727 from 42,585 and the projected number of jobs in January 2005 is 72,143.

Again, from a standpoint of cluster performance, Pleasanton has done well. Specific gains include the research and development, and light manufacturing clusters which grew to 3,013 employees in January 2001 from 1,920 in January 1994. Numbers of employees in the medical cluster including hospitals and clinics grew by almost a third to 913 from 685. The number of retail employees also saw modest growth to 6,846 in 2001 from 5,483 in 1994.

Gail Gilpin, City of Pleasanton economic development manager, notes that while there is usually some delay in receiving employment data, the cycle for Pleasanton has been that the city, typically, does not experience the same kind of downturn as other areas such as Silicon Valley.

"The primary reason is that we have a very diverse business mix. Normally we are late to feel the decline by about six months, and we are equally late to rebound. In spite of that, I am beginning to get more calls from businesses interested in Pleasanton and considering a relocation."

Twenty-eight of Pleasanton's largest 65 businesses are in Hacienda and employ more than 15,500 people. Seven of the twelve largest businesses in Pleasanton by number of employees, as of July 2001, are located in Hacienda.

The top three on the city's list are PeopleSoft, Providian Financial and AT&T. According to the East Bay Business Times Book of Lists in 2001, PeopleSoft, in terms of revenue, is the 8th largest employer in Alameda County and the 9th in the East Bay. Following closely are ProBusiness, Robert Half International, Pacific Bell Mobile Services and Commerce One.

Pleasanton, Alameda County and the East Bay continue to provide unprecedented opportunities for businesses to locate and grow. The many diverse economic sectors provide excellent employment opportunities for workers paired with unparalleled quality of life. This broad-based economy creates a healthy balance of commerce and industry that remains stable and continues to flourish.