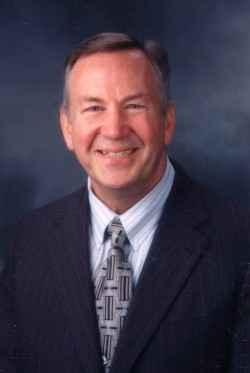 In seeking the most direct path to their goals by picking a lucrative corporate position right out of college, some people deny themselves valuable learning experiences. SafeAmerica Credit Union president and CEO Ron Beasley certainly didn't take the most obvious route to his career destination. Along the way he saw the world, fought a war, raised a family, and still sounds like a teenager when he talks about the vintage cars he restores.

Beasley has been with the credit union for 22 years and the president for ten. SafeAmerica Credit Union was started in 1953 as two separate credit unions serving the Northern California employees of Safeway Inc. The two credit unions merged in 1966 and SafeAmerica currently serves members in California, Hawaii, Texas, and Wisconsin.

The credit union is an independent organization owned by its membership and neither Safeway nor any of the select employee groups served by SafeAmerica own any part of the credit union. In other words, it's a cooperative, owned and operated by its members-not the companies who employ them.

Beasley graduated from Annapolis, the United States Naval Academy, with a Bachelor's degree in engineering in 1962. After receiving his degree, he had to fulfill his responsibility to serve in the military for the next five years, serving on a ship that traveled to Hong Kong, the Philipines, and Japan - and eventually becoming a Lieutenant. His initial obligation was for four years, but because of the Vietnam war, his service was extended for an extra year. Upon leaving the Navy, Beasley went to work for Bank of America, where he spent time in London as well as Hong Kong, working in the company's international department.

"I could have stayed in the Navy if I wanted to, but I always felt that I wanted to challenge myself to see if I could be successful in business life," Beasley says.

Then, because he was going to get married and wanted to put down his roots in the U.S., he took a job at Crocker Bank. In total, he was with Bank of America for six years and with Crocker Bank for six years - while somehow also finding the time to earn a Master's degree in Business Administration from USF.

In 1980, Beasley saw an opportunity to take a position at SafeAmerica as the vice president of operations.

"In those days," Beasley says, "it was called Safeway Employees Federal Credit Union, and was exclusive to Safeway up until 13 years ago."

Under the guidance of Beasley and others, the credit union grew substantially to its current size of over 280 select employee groups (SEGs) and changed its name to SafeAmerica Federal Credit Union. SEGs are businesses that have affiliated themselves with SafeAmerica to offer its services to their employees. SafeAmerica SEGs include Genentech and Shaklee. The credit union currently has California offices located in Pleasanton, South San Francisco, Concord, Hayward, Oakland, Tracy, and Santa Clara.

Beasley credits his success at SafeAmerica to a few key personal characteristics and business philosophies.

"I think I have very good people skills," Beasley says. "And I'm very dedicated and serious about doing the very best I can for the company."

Beasley's common sense attitudes and ideas about business spill over into his supervision of the company. He oversees what he likes to call a "participative" type of management team.

"I listen to my senior people and get them totally involved with the requisite responsibility that it entails. In other words, they're always fully in on any decision that is made."

Beasley's success as a manager is evidenced by the company he keeps.

One of the members of SafeAmerica's senior management team even turns out to be the first person Beasley ever hired for the organization.

Beasley's reliance on the tried and true while being open to new ideas also reaches into his personal life. For 50 years, he's owned a 1928 Buick Sports Roadster that he drives on the weekends. He also recently restored and sold a vintage candy-apple red 1967 Mustang in his spare time.

"What I like about the vintage cars is that they're old and unique and you don't see anyone else driving them. And they're fun."

At the same time, however, his "daily driver" is a brand new Corvette with a big, fast, state-of-the-art ZO6 engine.

SafeAmerica recently moved into new corporate headquarters at 6001 Gibraltar Drive in Hacienda and Beasley is extremely proud of the new space.

"Our new building is state of the art," Beasley says. "It has a 24-hour lobby, a sitting area with two 27-inch TVs that are always tuned to CNN, and a children's area with movies, a Gamecube and a PS2 for the young people to play," he says.

Other features of the new building include a weight room for the employees, two gas plasma 42-inch screens that show stock market information and news, and a modern call center that receives a thousand calls a day.

At 65 years of age, Ron Beasley may not be planning retirement, but he knows what he'll spend his time doing when the time comes. "Travel," he says.

Travel is a favorite pastime of Beasley's and he and his wife have taken a number of cruises and other trips during their years together. He'd like to visit Asia - Hong Kong specifically, where he lived while working for Bank of America - but plans on spending a lot of time in Europe as well. His wife and the mother of his three grown children is of Dutch-Belgian decent, born in a suburb of London, who he met while working in London after leaving the Navy.

No matter where his travels take him, it's certain that he'll take in all the sights along the way and learn as much as he can from his experiences. With Ron Beasley, it always seems like the journey is every bit as important as the destination.