Aaron Evans Sees Nothing Wrong in Skipping the Job-Hopping Experience 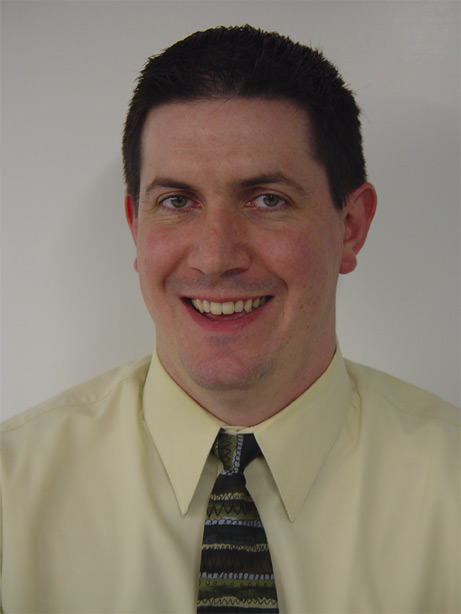 In today's era of long resumes and job hopping, spending a few years with a company sounds like a long time. The days of sticking around, moving up through the ranks, and working toward the proverbial "gold watch" of retirement seem to be over. Not quite. Aaron Evans, General Manager of the Wal*Mart at 4501 Rosewood Drive in Hacienda, thinks that staying with a company and learning all of its ins and outs can not only be a rewarding experience, it can make you a better manager for the people you work with.

Evans started at Wal*Mart in 1991, while attending the University of Texas at El Paso. "I've been with company for just under 13 years," Evans says. "I started pushing shopping carts in El Paso and was an hourly associate within the company for three years during the time I was going to college."

Evans grew up in La Grand Oregon and lived there through middle school and then moved to El Paso. He started at Wal*Mart when he was 18 years old. "This is my second job," Evans says. "I've had two jobs in my lifetime." Before Wal*Mart, he spent a brief time at a Hallmark greeting card store and worked there from when he was 16 until he was 18. While "pushing shopping carts" Evans earned his bachelors degree in business administration from the University of Texas.

From there, the opportunity arose to for him to go into Wal*Mart's management training program. "It lasted about 16 weeks and then I was actually assigned to the store in which I trained. I was an assistant manager for just under a year in that store. From there, I transferred to Flagstaff Arizona where I worked at the local Wal*Mart for just under two years as an assistant manager. After that, I transferred to Yakima Washington. I did the rounds there as well. I worked in four different stores in Washington."

Flagstaff is where he met his wife of six years and the two are happily starting a family in nearby Dublin. "While I was in Washington, " he says, "I was promoted to co-manager, and I was responsible for the grocery operations, which I did for about two years. That's when I was promoted to store manager and came down here to California. I've been here in California as store manager for just under a year."

If you're picking a company with long-term opportunities, Wal*Mart's numbers are impressive. The first Wal*Mart opened in 1962 in Rogers, Arkansas, and the first SAM'S Club (a Wal*Mart affiliate) opened in 1983 in Midwest City, OK. Walmart's first international unit opened in 1991 in Mexico City. Wal-Mart currently serves more than 138 million customers weekly in 50 states, Puerto Rico, Canada, China, Mexico, Brazil, Germany, the United Kingdom, Argentina, and South Korea. In the U.S. alone, the enterprise employs more than 1.2 million people and, in other areas of the world, it employs more than 330,000 people for a total of in excess of 1.5 million employees worldwide. There are 1,476 Wal*Mart Stores, 1,430 Wal*Mart Supercenters, 533 SAM'S Clubs, and 60 Wal-Mart Neighborhood Markets.

Evans has climbed the ladder within the company through hard work and diligence. The work he now expects his employees to do is generally work that he's also done himself at one point or another. "I would say that because I have covered a broad range of positions within the company, I can relate to pretty much all of the positions in the store. It gives me a better understanding of what the employees are going through, what their challenges are, and how they can do their jobs more efficiently."

Right now, Evans is focusing on the needs of the Wal*Mart in Hacienda. "My responsibilities are inventory control and managing all the people who work here. I manage about 280 people," he says. He's also a company man in terms of being proud of what Wal*Mart provides to the community. In addition to providing goods, Evans notes, "We provide services as well. We offer money orders, money transfers, and we'll soon be getting into the check cashing business. In everything we do, we try to make it value-oriented to the customers."

Evans thinks that he gleaned his most valuable knowledge of the company's operations simply by doing his job. "In rising through the ranks, the biggest learning experience you get is in moving between different stores and different parts of the country because you gain so much from being exposed to how the company and people work in different areas of the country. In my career with Wal*Mart, I've probably had the opportunity to work with 5,000 different people within stores. I've been exposed to a lot of people, which has helped me to grow and progress. I think I'm a good listener when it comes to problems or concerns that people have and then fixing them based on my job experiences."

Few who are successful are without mentors and Evans says that his district manager in California, Vince Martinez, has been a big inspiration and part of his decision to take on the task of managing a store. "Vince was my store manager at one point, and part of my decision to become a store manager was that I would have the opportunity to work with him again. He inspires success. Just seeing how successful he's been in working up within the company and the hard work he did do get there makes you feel like you could do it yourself. He's a good listener and good with people and he's been a role model for my success in the company."

Staying with a company for a long time and gleaning the knowledge of those who have taken similar paths is not the only key to success. A person's own integrity plays a large role in being a good manager and Evans is a good example of how compassion plays a very big role in management. "Respect for the individual is important," he says. If you don't respect the people that work for you or the people that come into your store, you're not going to get anything out of business or life. Showing respect and concern is a big factor in succeeding."

While he's building his family and setting down roots in the Tri-Valley, Evans is still a very ambitious guy. "I'd like to continue with the company and see how far I can go," he says. "I'd like to become a district manager. There are a lot of options and opportunities in this company and I'd like to keep my options open in the area of career advancement. Wal*Mart is proud of the fact that 70% of the management within the stores have been promoted from within the hourly ranks of the stores. The climate within the stores makes people want to seek out advancement within the company. That's been something that has made us very successful." As for the gold watch, if Wal*Mart gives them to its career employees, it's likely that Aaron Evans will wear it proudly when his career winds to a happy and successful end.