Shape Up For the Summer at 24 Hour Fitness 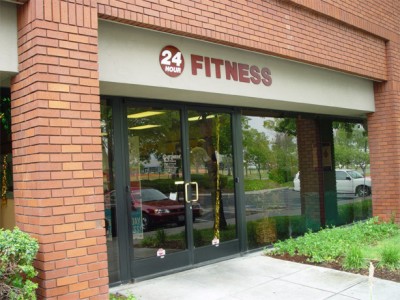 24 Hour Fitness had just one location 20 years ago. Now, they're the largest privately owned and operated fitness center chain in the world, with over 300 clubs and 2.7 million members from Asia to Europe.

The arrival of the warm summer weather inspires many of us to hit the gym. Whether your goal is to look good, feel good, or work off some of the stress of modern life, there's no time like the present to start working toward your fitness goals. 24 Hour Fitness, located at 5860 W. Las Positas Blvd., is a convenient place in Hacienda to lift weights, pump up your cardiovascular system, take fitness classes, and get qualified advice that can help you avoid injuring yourself by working out too hard or by using the exercise machines incorrectly.

24 Hour Fitness began as a one-club operation in 1983. By the end of 1994, that club had grown to more than 32 fitness centers in Northern California, bringing about the 24 Hour Nautilus fitness chain. 24 Hour Nautilus later acquired Southern California-based Family Fitness Centers, changing the company's name to 24 Hour Fitness. 24 Hour Fitness has since grown to more than 300 clubs in 16 states and become the largest privately owned and operated fitness center chain in the United States and world. The company expanded to Europe and began acquiring and building new fitness center chains in Sweden, Norway and Denmark in 1998 and 1999. Clubs in Spain and Germany were added in 2000. 24 Hour Fitness expanded to Asia in 2000 and is currently in five Asian countries. The company now boasts more than 2.7 million members and over 300 clubs.

24 Hour Fitness in Hacienda has 40 employees working in its 26,000 square foot gym. "Everyone on our personal training staff is nationally certified. They're also level one nutritionists, and they're very good at what they do," says Mike Galvan, general manager of the 24 Hour fitness location in Hacienda.

The facility has over 25 cardiovascular machines and 100 plus resistance training machines. Unlike many clubs that require you to sign up for six months or a year, 24 Hour Fitness lets you decide whether or not you want to continue working out at their gym.

"All of the memberships are month to month, so you can pay as go and stop when you want," Galvan says. "We don't do contracts here."

The original vision of that single club to make fitness a way of life by creating affordable multi-sport centers for people of all abilities and levels is still in practice today. However, many people are still afraid to start going to a gym because think it's going to be too challenging.

"Basically, people fear what they don't know," Galvan says. "Our whole business plan as a company is to go over people's goals and what they physically want to accomplish. Then, we show them a map of what it takes to get there and what we can do to provide the best results for them."