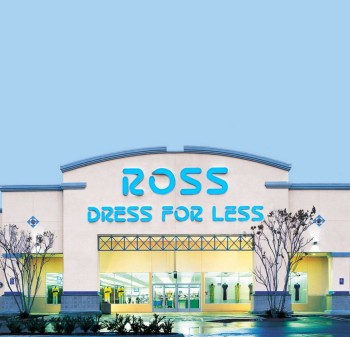 The corporate staff behind the familiar Ross storefront will be moving to Hacienda next summer, consolidating from four buildings in Newark to one in CarrAmerica Corporate Center.

Ross Stores, Inc., which operates a chain of 524 off-price retail stores in 24 states, has signed a lease for approximately 150,000 square feet of corporate office space in CarrAmerica Corporate Center at 4440 Rosewood Drive. The Company plans to take possession of the property in early 2004 to make the necessary tenant improvements and expects to relocate its corporate headquarters from Newark, California to the new facility in the summer of 2004.

At the same time, the Company's new Southwest Distribution Center in Perris, California, is targeted for completion as planned during the third quarter of 2003. At that point, Ross expects to begin to transition its west coast distribution function from Newark, California to Perris, which is located about 70 miles southeast of Los Angeles. The Company owns its existing Newark, California headquarters and distribution center property and is currently reviewing options for its use over the long term.

"We are excited about being able to relocate both our central office and distribution center into these two separate facilities," says Jim Peters, president and chief operating officer. "The office move will consolidate our corporate headquarters into this conveniently-located corporate campus in Pleasanton, California, which we believe will support our growth needs for the foreseeable future."

Ross Stores Inc. was founded in 1982 with six stores in the San Francisco Bay Area. As an off-price retailer, Ross offers name brand and designer apparel, accessories and footwear at savings of 20 to 60 percent from department and specialty store regular prices. In addition, the same savings can be found on a wide variety of merchandise for the home.

"We have 500 corporate employees here in Newark, California right now," says Katie Loughnot, vice president of investor and media relations for Ross Stores, Inc. "We did an analysis of where people lived when we started looking for new office space and the vast majority of those people live near the 580/680 interchange. Hacienda Business Park is a very convenient location in terms of our employee base as well as the amenities, such as easy access to public transportation. We are currently located in four different buildings here in Newark. The move will allow us to consolidate our corporate headquarters into one facility in the CarrAmerica Center, where we'll occupy four floors."