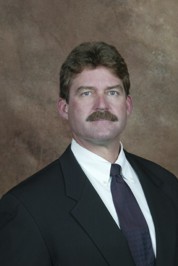 It was once common practice for tradesmen to learn their craft from their fathers. Families would frequently have several members in the same line of work and business names ending in "and Sons" could be found in every city. While that's still true today, it's a rare thing to find someone who learned his craft from his father and rarer still to find someone whose grandfather pursued the same trade.

Glen Martin, however, is not typical in either that matter or in his accomplishments. A third-generation member of the building trades, he has gone from swinging a hammer as a framer in his high school and college years to his current position of division president at Standard Pacific Homes, a builder with projects nationwide and over 500 homes under construction right now in Northern California.

"My father was in the homebuilding business and my grandfather was a concrete finisher who worked on the Lincoln Tunnel and the George Washington Bridge in New York City," he says. "He did a lot of concrete work on houses and my father worked as his hod carrier and laborer when he was a youngster. I started scrapping houses for my father's companies in fifth grade because I wanted to have some spending money.

"I went from there to pounding nails in high school and joined the union just after that so when I was in college, I would come back summers and Christmas time and frame, so I was a carpenter for several years. I didn't really have much of a chance to do anything else from that background. My father's brother is a homebuilder too - it's just what we do."

Martin was recruited by a number of colleges as a football player but that came to a stop when he broke his neck his senior year of high school in a game in San Ramon. One of his high school coaches had gone to Cal State Chico and recommended it to Martin, who enjoyed the school enough on a visit to enroll. "I quickly became a student there," he recalls. "I did track and field in college but it was really more about academics then, and that was a real change from high school."

He graduated in 1981, "which was not a good time to be a homebuilder." Interest rates were up to 18 percent and the market was practically dead. "It was brutal. You couldn't give houses away." Unfortunately for Martin, he learned that the hard way, after spending two months as a real estate agent, a profession he tried when it became clear there was no work in construction.

He eventually found a job as an assistant superintendent for an Arco subsidiary that built wastewater treatment plants. "My first assignment was to build a wastewater treatment plant in Big Fork, Montana, in the winter," he laughs. "It's kind of cold up there and as the new hire, that was my assignment. It was a good experience, though - good people up there, so it was worth the trip."

He switched companies again and, as the housing market rebounded, went to work with a Walnut Creek developer named Bob Ayers in 1987, whose firm specialized in infill projects. Eventually he ended up at Greenbriar Homes, a San Jose firm that gave Martin the chance to return to what he describes as his first love, production housing. His work there led him to Standard Pacific nearly five years ago.

"You get a real sense of satisfaction from going out and watching a neighborhood being built. That's very rewarding," he says. "My favorite thing to do is to go into one of our communities when it's completed and just drive around on a Saturday afternoon. You see the people outside, the kids riding their bikes, a little girl learning how to ride her tricycle... you see the community develop and then memories being made in that spot. You're setting up all these kids to grow up in that neighborhood, a place for them to experience their life. It's kind of a neat thing."

Martin's focus on the future residents of Standard Pacific's project is expressed throughout the development process, from the time he works with staff architects to come up with preliminary home designs through the sales process and beyond.

"We have a philosophy that I unrolled a couple of years ago here: We don't really build and sell houses - we sell a lifestyle," he says. "What we do is look at the demographics and try to pin down who would want to live at a given location - how they would live, what product would work well for that - and then step everything back from that so when we design and then build this community, through its lifecycle of construction and sales, that we can present it as a lifestyle that that part of the market can relate to. Can the buyers envision themselves living in that community and having their friends over to have dinner?"

Martin's vision goes beyond basics like having the appropriate bedroom and bathroom count to encompass details that would be easy to overlook, all of which are geared towards making potential buyers feel at home with the company's projects.

"We call it 'The Disneyland Philosophy,' and the reason for that is that I'm a big Disneyland fan," he says. "My wife Lisa and I take our two boys down to Disneyland quite a bit and I love going there because I know I'm going to get that experience that I'm looking for... Everything is done in a fashion that sets the mood and the tempo and allows you to feel very good about being there. Even though ten minutes ago you drove in and you were in Anaheim, now you're in the Happiest Place on Earth! They've done a very good job of packaging it in a way that you can appreciate it."

For a theme park like Disneyland, that means establishing a unique environment from the moment a guest drives through the gate, utilizing everything from personnel to architecture to landscaping, such as topiary bushes shaped like Mickey Mouse. For a housing development, that means paying attention to every aspect of the project that might make an impression on a potential buyer.

"I think from the minute they drive up, before they even get to the project, they buyer has a mental checklist that they'll go through subconsciously," says Martin. "If there's wind-blown trash and weeds along the street a hundred yards down off-property, it makes an impression because it's not commensurate with this vision that they have. They don't know exactly what the vision is but they know that that wasn't it. It's a challenge, to hold that vision all the way through."

Martin's vision offers a blueprint that can be used with every project his company undertakes.

"The presentation is different depending on the market position that you're aiming at, obviously, but I think the philosophy can stay the same. I think if you can connect with that buyer and his lifestyle vision, then I think you can be successful. You have to do a little more work to get there, and throughout the process you've got to be careful to guard that vision, that lifestyle, because if you fail it along the way, you'll lose sight of that vision."

Martin's pride in his work and leadership is obvious in hearing him describe one of the company's current projects.

"Our Vintage Ranch project in American Canyon has three programs underway right now. We're building a 500-student school, building a 5.5 acre park now and designing a six-acre park, building all the streets, all the infrastructure, a couple of bridges, a railroad crossing, and there are a couple hundred houses in production right now. It's fun to go out there and we have some really talented people that are in charge of the design and construction. It's very satisfying to see it come to life."

With two sons of his own, there's a chance that a fourth generation of Martins may enter the building trades as well. In any case, they're sure to learn an appreciation for the satisfaction that building can bring as well as the knowledge that vision is the key component in guiding that creativity.