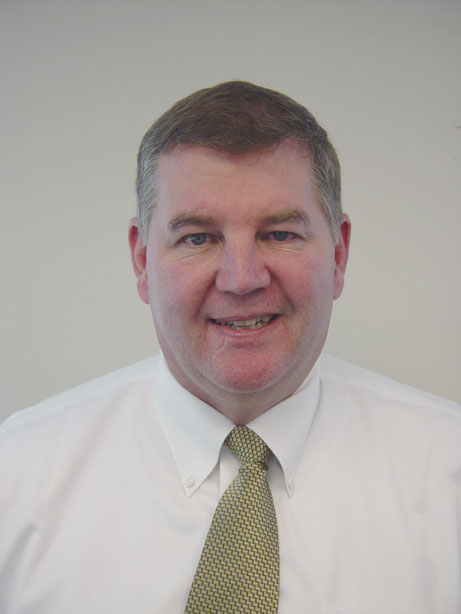 People who've mastered their trade can typically sum up the dynamics of a business with a few words or phrases, neatly condensing their business philosophy. Dick Cahill, vice president of Worldwide Sales & Services for Remedy, will tell you "my passion has always been around customers" and that the key to offering any successful business service is that it "either makes you money or saves you money - there's really not a lot more options."

It would be a mistake to assume Cahill's short statements indicate a shallow understanding of his business, however. His philosophy has come together over nearly 30 years, with a range of experience that includes 15 years at Rolm, IBM, and Siemens and five years in London growing Remedy's European presence from a ten person operation in 1997 to its current size of over 100 people. Add in his wife Juliet and their five boys, and the range of his life and career begins to come into focus.

Cahill's approach to business begins and ends with customers. "I'm not a consummate sales leader; I'm a customer advocate," he explains. "I believe if you get the customer experience right, then everything works. You must be biased towards the customer."

It's an approach that sounds simple but has profound implications as it is implemented through Remedy. It was his work as a student volunteer that started his thinking about the customer experience.

"The thing that triggered it all was years ago (when) I worked with handicapped children," he says. "It became a passion of mine (to see) people think beyond just demands. I used to look at these children and find out what they really wanted - for example, maybe it was to hear a simple song. That made their day.

"I take that in with me now when I talk to customers about what they really need as opposed to what they want. You have to get the basics down and that's what we do here at Remedy - we focus on the basics. But that experience led me to (focus on) customers and to an undying passion to get it right."

His career began in earnest after Cahill received his business degree at Boston State College, as he went to work at Rolm. His division was bought out first by IBM and then by Siemens, with Cahill eventually directing Siemens' call centers. Despite the changing names on the building in which he worked, there was one thing that remained constant during that time.

"I really stayed in or around the customer touch point for about 16 years," Cahill says. "It was fabulous."

So why are customers so important? Aside from the obvious impact of customers on revenues, Cahill has discovered that by putting himself in a customer's place - by thinking of himself as the customer - the best procedures for his own company emerge. It's a bit like the Golden Rule - 'do unto others as you would have them do unto you' - modified for business.

"I talk to customers all the time and the conversation is always about their goals. What are the priorities of their business? You have to know the customer. If I don't understand that company's ideals, priorities, and goals, what am I going to sell them? I can sell them technology but they've heard about that a dozen times. I need to have Remedy as an organization thinking about its customers and their business and therefore how our solutions now tie into their business needs."

He gives a more specific example of this as way of illustration. "If I walk in and I'm selling to a call center customer, I need to know several things. Is it inbound or outbound? Is it based on cost? Are they looking for more revenue? Do they want to talk to their customers longer or shorter? The intent is to make their businesses work and our products help that."

It's not just salespeople who follow Cahill's lead in this regard, however. It's a philosophy he is working to reinforce throughout the company.

"It's not about whether we touched the customer from telesales or support or from their account manager. It's understanding how those touch points make a better relationship. My guys and gals are all just sick of hearing it," he laughs, "but I tell the story that 'it takes X amount of time to gain a new customer and it takes no time at all to lose a good one.'

"We have 900 people at Remedy and almost all of them talk to the customer. One of the greatest assets that we have is that we have an engineering organization that talks to customers. They talk in a different speak, which is fine, but that's sometimes what the customer wants to hear at that level. The last thing they want to hear is a sales guy - they want to talk technical issues, so let's do it! We are biased for action; we are the customer's advocate."

One of the things that makes Cahill's business philosophy so strong is that it has been formed in a variety of settings over the years, which has given him the opportunity to refine his approach for different industries and even different cultures. His recent time in Europe - his group also worked with companies in the Middle East and Africa - gave him more confidence in the soundness of his thought.

Cahill points out that he's not unique in this thinking at Remedy, however. Part of why he enjoys the company so much is that Remedy has long been known for their customer-centric philosophy, an approach he credits former Remedy CEO Larry Garlick with bringing to the business.

"Larry's passion was around 'How are we going to have an interactive dialog with the customer where the customer drives the relationship, not us?' We would sit down all the time and talk about what we could do if a customer could drive," he explains. "Larry is still a mentor of mine - I still talk to him, play golf with him."

Cahill's philosophy would only be an interesting theory if it couldn't be acted upon, though, and he works very hard at communicating his goals to everyone at Remedy.

"Leadership is intentional. Whatever you do in business, you have to understand the ramifications in your own company. When you say something, when you do something, understand that people may take it a different way than you intend it. When we make decisions, we try to look at the outcome, we try to look at what it's affecting, and we try to explain it in a way that no one is confused."

Cahill's other asset in managing his own performance is his sense of duty and responsibility.

"I'm responsible for the revenue of this company. I take it very seriously and I take the employees' livelihoods extremely seriously. I told them all just recently, 'It's not the 900 people in this company that I'm thinking about; it's the 900 people's families.' That's the responsibility that I put on myself and you have to get that right to even go into business."

Cahill and Remedy are both getting it right, as promoted in the company's tag line - "Your Business, Your Way."