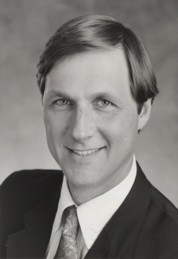 Stephen R. Nord, M.D., would say that the last 25 years have been an interesting time to be a doctor. Now the medical director of his own occupational medicine practice, Premier Comp Medical Group, he has arrived at a place where he has again established the autonomy and personal relationships with his patients that were his first attraction to medicine. Making his way through the changes in his profession have been difficult but have proved to be rewarding as well.

Nord grew up in Chicago, where he was given the freedom that children rarely see today. "I grew up on the south side of Chicago," he recalls. "My mother would shuttle me out the door and I would get on my bicycle and be gone all day. I rode my bike to O'Hare Airport at one point. Nobody knew where I was, nobody cared where I was that day - which was a good way to grow up."

Though his childhood flights of fancy were taken on a bicycle, his dream career as a youth involved a somewhat faster mode of transportation. "(Test pilot) Chuck Yeager had broken the sound barrier and I was definitely going to build airplanes," he says. "So I went off to MIT to be an engineer and naturally I didn't learn to be an engineer, but life is like that. I actually started studying chemistry, which was fun, and then it turned out that the biggest chemistry set ever invented was people.

"If you understood chemistry, you believed that you could understand everything about how the human body functioned from the nose down," he explains. "You know, if you leave out the central nervous system and the soul, chemistry really explains the whole thing."

Despite having never taken an anatomy, physiology, or medical course of any kind, he entered the Medical Sciences Training Program at Stanford Medical School in 1969 and spent six years there, including several years as a researcher with Dr. Irv Weissman, now the director of Stanford's Institute for Cancer and Stem Cell Biology.

"We were definitely going to cure cancer - there was no question about that," he says of the research group's goal. "We worked to see if we could deliver lethal agents to tumor cells using antibodies. That was 1973 and someone finally did it in the last couple of years. We didn't stand a chance of doing it then although we had a very good idea."

Nord also realized that he wanted something more from his experience in medicine than time spent "making antibodies, me and the test tubes and the mice and the rats." He wanted to be "a Marcus Welby-type general practitioner," referring to the 70's TV doctor. "So off I went to my old home town, to the University of Chicago, did my three years and came out a general intern."

That was when Nord's "interesting times" began.

"It was right at the end of, shall we say, the heyday of medicine. Before malpractice, before group practice, before vast encroachments by insurance companies - back in the days when you could really just hang out a shingle and begin practicing medicine."

He entered general practice in 1978 with a large assemblage of physicians called the San Jose Medical Group, who put Nord in a new office in Milpitas. Nord also got his start in occupational medicine as the plant doctor for a manufacturing facility in Santa Clara. After ten years in both positions, things started to change for the worse.

"The San Jose Medical Group was starting to falter under the load of managed care. They were also part of one of the prepaid healthcare plans called PayCare, which was great when it started but turned out not so good. I ended up leaving the group just as it was going bankrupt for the first time - it has since gone bankrupt several times more - and joined an outfit called Sunnyvale Medical Group and did occupational medicine with them.

"I left them - just before they went bankrupt - for a really great position as the medical director of a startup company. They got sold so I went to work for another group and then that group was sold. After having been sold for the second time, it occurred to me that I had sort of wandered down the hierarchical ladder from owner/partner/head honcho to peon."

The change from being recognized as an intelligent, caring professional physician to being treated as a cog in the healthcare industry machine was demoralizing. Adding to that impression was the fact that the new hierarchy rewarded not the best doctors but the fastest.

"You know, medicine is the original piece work - you get paid by the piece; there's no salary if you don't put out. So the guy who's fast, the guy who sees the most people per hour, goes home with the best salary. That does not mean that he or she does the best medicine but they are the fastest movers."

Nord recognizes that the same dynamic plays a role even in his current private practice but notes a critically important difference.

"Now that I'm in general occupational medicine in a private practice, where the entire place is mine and my wife's problem, you do get more money if you work faster," he says. "But the fact is that the practice builds if you do a good job so in fact, aside from being naturally incentivized to do it well, I am also financially incentivized to do it well.

"That has been our philosophy since we opened the door: Do it right, do it right the first time, do it better than anyone else. And I think that's no different from any business here."

Now that his new practice has gotten off the ground successfully - Premier Comp opened in January, 2002 and now provides occupational health care services for hundreds of businesses in the region - Nord's enjoyment of his profession is obvious.

"Let's be clear," he says. "Medicine is just a whole lot of fun. It's interesting and it's entertaining. You get to do something where at the end of the day, the fact remains that you made a few people better. I'm never bored and I don't feel useless. I may feel aggravated and tired and overworked, but I don't feel that I've done nothing of any benefit to mankind in the last 24 hours. Those are all the intrinsic underpinnings I went into medicine for in the first place."

For all that we may complain about our trials and tribulations and the "interesting times," the fact remains that they serve in the end as learning experiences. Nord recognizes this phenomenon in his own life.

"Did you ever see the "The Fantasticks?" Halfway through the play they come to the happy ending. Everybody's in love, everybody's met the right person, the future is assured and they go on from there, whereupon everything goes to complete hell and they have to work their way back to another happy ending.

"So medicine was a great thing to do but then there were these little problems, like being up all night on call and being tired all the time and being away from home and dealing with lawyers and finances and all the other screwy stuff and it sort of spoiled that initial happy ending. I'm actually now in the second happy ending, where I have my own practice and do occupational medicine.

"I never saw the last episode of Marcus Welby," he adds, grinning. "How did it turn out?"