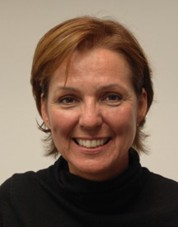 When it comes to choosing a career, inspiration can come in many forms. An idea from one source may spur another in a way that no one would anticipate. That's a bit like what inspired Sue Mueller to begin down the path that has led to her career.

"When I was in high school, my best friend's father worked for a large advertising agency," she says. "He drew all of the little bug characters on the Raid commercials and things like that. It just piqued my interest."

Few would guess that illustrations meant to inspire the purchase of an insecticide would turn a young woman towards a career in interior design and architecture, a field that on the surface would have little in common with advertising. Take a deeper look, though, and the similarities start to show up: the creativity of one person using their knowledge and imagination to create an environment geared towards a specific purpose. In the case of advertising, that purpose is selling a product. With commercial interior design, the goal is to create an environment which itself inspires creativity and purpose.

Mueller, president and founder of AAi, grew up in the Chicago area and attended Purdue University, where she first pursued her interest in her chosen field.

"I think I thought of (architecture and design) as a challenge," she says. "Math was always easy for me but I didn't want to do just that - it needed to be something a little more fun. The creativity and team-oriented approach in the field also appealed to me, and even through school I was attracted more to the commercial and industrial side of design rather than the residential stuff."

Mueller here takes a moment to define her work more closely. "I think most people don't realize what we do - they hear 'interior design' and think, 'oh, picking out paints and carpets.' It's much more than that.

It's a far cry from just choosing between blinds and drapes but it's a challenge that Mueller relishes. In retrospect, Mueller recognizes how lucky she was to find her calling at such a young age, when she was still in college.

"I've been very fortunate that I found passion at that point and stuck with it all these years," she says. "It's been a great career. It's a fun industry to be involved with - you get to learn a lot about how different businesses work, ranging from startups to Fortune 500 companies to medical facilities, whoever we're working with at the time. They're all a little different so it never gets boring."

Her career biography and that of AAi are closely intertwined. She started the company - then known as Ambiance Associates - with a partner when she was in her early 20s. Their first clients were Atari, Lockheed, Callahan Property Co., and Prudential. "In some ways, it was the start of Silicon Valley," she says.

Their first office was in Sunnyvale and the company remained there until 1984 before moving to Mountain View and opening a second office in Pleasanton. She hit upon a strategy early on that has helped the company succeed through both up and down economic cycles.

"We try to do about 50 percent of our work for the corporate market, where we're working directly with end users - Safeway, for example, is one of our clients here," she says. "The other 50 percent is with developers and landlords, where we do space plans to show prospective tenants what can work in a particular building. That's particularly important in a down market because we're really hired to help sell that space to the market ."

With AAi recently celebrating the 25th anniversary of its founding, Mueller also has the opportunity to reflect back on what she has experienced and how her industry has changed - or, as in this particular case, how her industry began.

"When I started, there were very, very few interior design firms," she says. "It wasn't even thought of as a field unto itself - it was really more under the umbrella of architecture."

In those days, interior design was often treated as an afterthought. Little was expected of a building's decor in terms of how it reflected a tenant's personality. Those days are certainly gone, however.

"As time has gone on, the business has become much more technical. Our focus is on interior architecture but that includes construction documents and working with building permits and all of that. Things have gotten more complex and interior design has become an industry unto itself. There are so many different pieces to know about any one particular project that it's ended up being a specialty."

Through it all, though, her enjoyment in her work has continued unabated.

"I feel really good about the company and what we've been able to do over the years, not just for our clients but for the people who work here as well. It's really important to me that we're successful with our staff as well as our clients, and we can be concerned in the long run with their personal well being. That's important to me."

The other thing that keeps the work fresh is Mueller's attitude towards it. "I think there's a challenge in every project. I don't think there's ever a project you can just coast through," she says. "You're forced to look at things in a different way and try to really work to identify a company's needs... The industry will continue to change. I think the design side of it is what keeps it from being a commodity."

For example, even though her firm has done a lot of work for high tech companies over the years - she counts Agilent, Apple, IBM, and Sony on her client list - she recognizes that the look and feel of interiors at those companies is not appropriate for everyone.

"We pride ourselves on looking at a company or organization and finding out what it is they really need for their culture and image," she explains. "There are things that would work on the high tech end of things that wouldn't work for Ghirardelli Chocolate, for example, which is another one of our clients. They wanted their corporate headquarters to show that they were established, that they'd been around for a long time, and to show the history of where they were. That high tech look wasn't going to work for them so we came up with plans that expressed who they are."

Considering all this, one could easily say that there's not a big difference between advertising and commercial interior design after all. Both fields involve understanding a company's culture and its goals and synthesizing those traits into something that can be put onto paper. A properly designed commercial space will both reflect and reinforce a company's personality much in the way a company's advertising is designed to help establish brand identity in the public's consciousness. Above all, both endeavors - when properly executed - can inspire us to accomplish a great number of things.