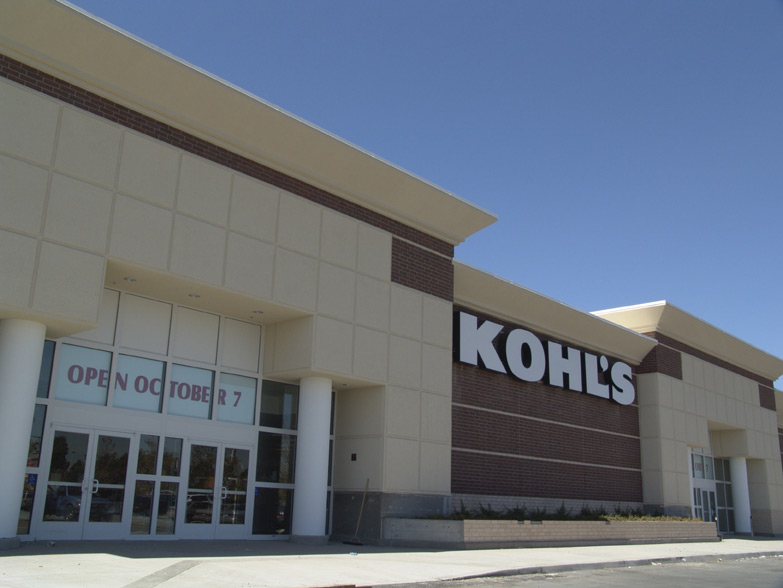 Kohl's new Hacienda location in the Metro 580 shopping complex will open on October 7.

Kohl's, a department store chain that offers apparel, shoes, and accessories for women, children, and men; along with home products like small electrical products, bedding, luggage, and other items, will be opening its doors at 4525 Rosewood Dr. on October 7th. Kohl's, whose corporate headquarters is based in Menomonee Falls, Wisconsin, plans to end the year with 637 stores in 40 states nationwide, in addition to its sales presence on the Internet at www.kohls.com. Nationwide, the company employs in the area of 50,000 people and the new 88,000 square foot Hacienda location will employ around 200 people. The addition of Kohl's and Sport Chalet to the Hacienda community completes the revitalization effort at the Metro 580 shopping center, bringing it back to full capacity.

Kohl's was founded by the Kohl family in Milwaukee, Wisconsin, in 1962. In 1978, the company became wholly owned by the BATUS Retail Group. While owned by BATUS, Kohl's expanded from 10 to 39 stores throughout Wisconsin, Illinois, and Indiana. In 1986, Kohl's was purchased by a group of investors led by Kohl's senior management and opened its 40th store. In 1992, the Company offered 11.1 million shares of its stock to the public in one of the largest initial public stock offerings ever made by a Wisconsin company. After joining the ranks of the S&P 500 in 1998, Kohl's continued to expand, with sales exceeding $9 billion in 2002 and a U.S. coast-to- coast presence by 2003 with the opening of 28 stores in California. Kohl's Corporation common stock is traded on the New York Stock Exchange under the symbol KSS.

"A lot of the recent success we've had has been in Los Angeles and San Diego and we wanted to get into the San Francisco Bay Area market. The growth of the Tri-Valley area made it very attractive to us because we're a family-oriented business. Kohl's is all about the family and the Tri-Valley can definitely be considered a family oriented region," Bittner says. The company is in the process of planning a number of special events for its grand opening, including giveaways. However, Bittner says that the best way to find out what's going on is to drop by the store on October 7th.