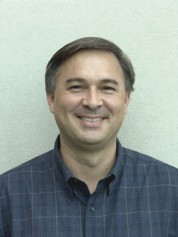 That path is a familiar one to Jeff Finn, S.E., president of Finn Design Group. Finn has consistently opted for situations that require more expertise, more experience, and a greater ability to carry out a variety of tasks.

How he got on that path is an interesting story as well. "I was forced into a decision when I was a freshman in college," he says. He was attending Cornell and had started down the path to becoming a chemical engineer. The only problem, he discovered, was that he didn't like chemistry.

"I was really enjoying computer science at the time, and that was an option, but I also saw civil engineering as an option, structural engineering," he says. "There was this one evening out there in the dorm when I had to make the decision and just for fun, I built a bridge out of nickels. I even took a picture of it. And it worked - about a four-inch bridge made out of nickels. And I thought maybe this is something I can do. That's what I did and I didn't look back."

While he has ceased building objects made of U.S. currency, Finn has designed a broad variety of structures during his career as an engineer. "I've worked on thousands of projects," he says. "I was the structural engineer of record for the San Jose City College High Tech Center, which is a five-story, 80,000 square foot school structure. I did Wood Hollow Business Center in Novato, which is a three-story office building, 120,000 square feet. Those are just two examples but my repertoire of structures is pretty varied."

While some engineers prefer to specialize in just one type of structure, Finn prefers both the challenge and the complications that come with working on a variety of projects."Early in my career, I spent several years working on just one type of project. I would do bridges for two years, and then I did just tract homes for a couple of years. I found that very tedious and boring," he says. "Instead, I made a point to learn to design many different kinds of structures, and that's really helped me. It's also something I emphasize here with the engineers. It's not going to get boring. You're going to be designing lots of different things.

"We do buildings, bridges, water treatment plants, houses, custom homes, residential structures. It's a big variety and I think it helps us that we're not in one niche. We can design pretty much anything: retail, commercial, tenant improvements, seismic anchorages, seismic retrofits of buildings. We're working on getting a contract with Lawrence Livermore Lab to do work out there. We have a contract with Standard Pacific Homes. One of my best clients is West Yost Associates - they do water and wastewater treatment plants."

Finn began his career in 1986, after receiving his master of civil engineering degree from Cornell. He was hired into a San Jose engineering firm by a manager named Don Peoples, who left that firm to start his own, Peoples Associates, in 1990. Two months after Peoples Associates opened their doors, Finn joined the firm as the first employee. He continued with Peoples Associates for the next 14 years, until he started Finn Design Group in December.Working at Peoples Associates gave Finn the opportunity for a wide breadth of engineering experience, but it was when he nearly left the company in 1997 that his career turned a critical corner.

"Peoples Associates had an office in Milpitas and my family and I had moved to Pleasanton in 1994," he says. "During the mid-90's, the commute over the Sunol Grade got really bad during that period, and I decided I didn't want to spend so much of my day on the road. So I interviewed with another company and got an offer."He decided not to take the offer - "there were some downsides to that company," he says - but he got what he wanted anyway.

"I told Don about it and he made an effort to open an office in Pleasanton for us, for me and a couple of other people that lived in the area. That gave me the opportunity to learn how to manage an office. That, I think, was a significant point in my career because it gave me a lot more independence and I learned a lot of things doing that. From that point on, I was in charge - I was getting the clients, I was running all the projects, managing people, and that was a period of growth for me."

That move also helped set the stage for the creation of Finn Design Group.

"I was approached to be a partner in Peoples Associates and I decided for several reasons that that was not what I wanted. I also didn't want to spend the rest of my career there, so that left two options: work with someone else or go the exciting route and start my own company. I had an amazing amount of encouragement from pretty much everyone I know to go my own way: family, friends, even clients who said, 'Go for it! Do it.'

"He made the final decision last summer and began working on a business plan. In September, he gave three months' notice at Peoples Associates, which might be considered an unusually long time but was done in recognition of the value of that relationship to Finn's career - a relationship that continues today.

"I spent my last several months there getting lots of new work - not for myself but for People's Associates. And we got so much work in the door that they were unable to take it on, so we've worked out a deal where all the contracts I had under contract and proposed, I would be doing through People's Associates through a subcontract. Right now I've got four employees, myself included, and I'm looking for two more. I've got a steady stream of work ."

As the firm grows, Finn's clients will continue to benefit from his sizable experience and expertise in the design and construction of a variety of projects.

"There are different ways to approach a project and sometimes it depends on what reviewing agency is going to be looking at our drawings and calculations - if it's a city or a county or if it's the Division of the State Architect. Each of these has different requirements for what they want to see on the drawings and we have experience with all of them."

Finn's ambition is to continue growing the firm and it would be difficult to bet against him. After all, the path of continued challenges and growth has worked quite well for him so far.