Ross Stores to Expand Its Reach with dd's Discounts 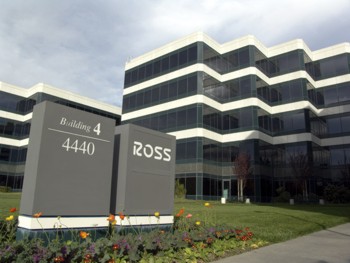 Company's Growth Spurt will Include 90 New Stores Throughout U.S.

Ross Stores made big news during its Fourth Quarter Earnings Conference Call late last month when it announced plans to open as many as 90 new stores. The company, headquartered in Hacienda since 2004, will open 63 new Ross Dress for Less(R) locations and 27 as dd's DISCOUNTS(R) stores.

Ross has grown steadily for the past several years, but this sudden growth spurt is prompted by Ross' acquisition of a number of former Albertson's facilities in the Sun Belt states of California, Florida, Texas, Arizona, Colorado and Oklahoma. In 2007, 40 of them will be converted, about half to Ross and half to dd's DISCOUNTS. The additional dd's Discounts stores will be that chain's first venture outside California.

"We are pleased with our better-than-expected fiscal 2006-2007 sales and profit trend at dd's DISCOUNTS," said Michael Balmuth, vice Chairman, president and chief executive officer. "The Albertson real estate opportunity gives us the ability to accelerate the growth of this promising concept into additional new markets that, like California, feature a range of demographics that, we believe, is favorable for both Ross Dress for Less and dd's DISCOUNTS.

"We believe that our stronger-than-expected operating performance to date at dd's confirms that we have identified a customer demographic that we were not reaching with our core Ross concept," Balmuth continues. "dd's results gave us the confidence to take advantage of the Albertson's real estate opportunity to accelerate dd's growth and more than double the size of this chain in 2007, including entry into new markets in Florida, Texas and Arizona."

Ross Stores has a long history in the San Francisco Bay Area, where, from 1957 to 1982, it operated as a small, family-operated junior department store chain. In August 1982, Stuart Moldaw, the company's Chairman Emeritus, and a group of investors acquired the six-store chain and converted the locations to the current off-price format.

Today, Ross Stores, Inc. is a Fortune 500 and Nasdaq 100 company and the nation's second largest off-price company. The company employs more than 35,000 people and reports annual revenues in 2006-2007 of more than $5.6 billion. As of March 3, 2007, the Company operated 771 Ross Dress for Less(R) stores in 27 states and Guam and 26 dd's Discounts(R) locations in California. This compares to 714 Ross and 20 dd's Discounts(R) locations at the end of the same period last year.

Ross offers first-quality, in-season, name brand and designer apparel, accessories, footwear and home fashions at 20% to 60% off department- and specialty-store regular prices. dd's DISCOUNTS features a more moderately-priced assortment of the same categories of items at 20% to 70% off moderate department and discount store regular prices. Additional information is available on the company's website at www.rossstores.com .