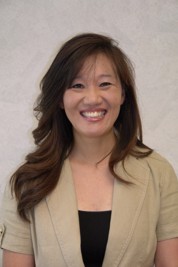 As a nine-year-old immigrant from Korea, Sandra Oh learned quickly how important a good command of the English language would be in achieving success in her new country. Her parents emigrated to America in order to provide a better education and more opportunities for their three children. Her father, a newspaperman who had been involved in the Viet Nam War, had learned to speak English fluently. Eventually, he had worked as a translator for the Korean government.

Within a few years after arriving in their adopted city of Sacramento, Sandra's father achieved significant success in the insurance industry. He worked well with other Korean-American residents because of his fluency in English and Korean and his appreciation for the Korean family-centered culture. He was able to explain the value of life insurance and the details of coverage in a manner his clients understood and trusted and became his company's top salesman year after year.

"Because of his success in the insurance field, he was able to start his own business, a janitorial service," says Sandra Oh. "Again, his fluency in English helped him win government contracts and, eventually, he employed more than 200 people. He was a wise, smart businessman and, along the way, his dream for his children's education was realized as all three of us went to college at U.C. Davis."

Oh graduated with a degree in international relations and marketing and, on her father's advice, took a job with Korea Shipping to "see and learn how international business is conducted." From there, she went on to use her knowledge of the Korean language and fluency in English at an Asian-American magazine while doing promotions and distribution.

"I had planned to go to law school, but decided to marry Fred, the man I had met at Davis, instead," Oh smiles. "I was a stay-at-home mom for 12 years, raising three children. When I decided to return to the business world, I first went to work with my husband, doing marketing for his computer storage company.

"After three years, Fred's business was doing well and I was ready to do something for myself. I remembered how much I enjoyed being with the kids I taught in Sunday School while I was in college. I wanted work with flexible hours so I could be available to my children, who were still at home, and a career where I could use my marketing and people skills. I was delighted to find JEI and purchased a franchise."

Founded in 1977 in Korea, JEI is a supplemental education company that is based on the implementation of the Self-Learning Systems, a self-paced program that is designed to help students acquire a mastery of concepts and skills on their own. The goal is to help students to become independent, resourceful and successful learners. Students at the JEI Learning Center in Hacienda range from preschool to high school students, who receive supplemental education in English and math and participate in enrichment activities such as the debate team that help them master their language and communication skills.

"Though we accept children of any background in our program, a vast majority of our students are Asian American," explains Oh. "Not only do we provide an excellent program to help students succeed, but we also bring the deep understanding that education takes precedence over everything else in a Korean-American family. Because I was educated here, I can explain to the parents how the schools here differ from those in their native country. I can also share the knowledge I have of the various school districts in the Tri-Valley. When families move from one district to another, I can inform them of areas where their children may need extra help.

"In the four-and-a-half years since we opened, I've become aware of a pattern that often holds children back in respect to their mastery of the English language. It is their first language because they were born here and are learning English in school, even though Korean is spoken at home," Oh adds. "Often, students' English becomes stunted around middle school age because they try to communicate at home about complex issues in Korean or in simple English terms that their parents will understand. Because the language barrier prevents them from really discussing issues in depth, communication between parents and children begins to break down. As a mother and as a Korean-American woman, I want to help solve that problem."

With that desire as an incentive, Oh will begin a morning conversational English class for Korean-American stay-at-home mothers this fall. It will be patterned after a reading comprehension concept she developed two years ago for younger students that resembles a book club. Students read a limited number of chapters in book each week and come to JEI to discuss the characters, challenges and conflicts in the book and write chapter summaries. "They read about all different kinds of subjects and really develop their language skills in the discussions," Oh relates. "I'd like to begin the moms' group with three or four women who will read English books and discuss them, covering reading, writing, grammar and vocabulary. I want to help them become more and more proficient in English with practice in a friendly, supportive setting. I hope the sharpening of their English skills will help the moms communicate with their children better and also give them the confidence to become active in their communities through involvement in their children's schools and volunteer work.

"As a business person, I think the most important thing I can do is to remember the value of doing what is right and to be true to myself. I strive to use my understanding of Korean culture and family values, along with my own English language knowledge and expertise, to help students excel in school and in life. Many of our students have gone on to study at U.C. campuses and other fine schools and one just received a full scholarship to Princeton University. To be just a very small part of their success - that's the best reward for me."