Creatability Is a One-Stop Shop for Marketing 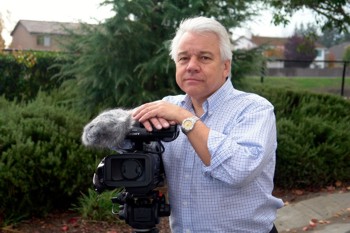 Paul Wakefield's design firm, Creatability LLC, is the product of two personal passions, computing and creating, seasoned by his 25 years of experience as a sales and marketing professional. The self-confessed "software geek" put himself through college - he is a chartered engineer in the UK-as a freelance photographer. His avocations later converged when a venture into Photoshop reawakened the desire to create. Those efforts led him into commercial design work; with the rise of the Internet, he added web site creation to his skill set. Since then, video production has become another valuable tool in his repertoire.

Now he is virtually a one-stop shop for marketing, or as his own brochure puts it, "a single source providing a complete package of online marketing services that compliment a company's offline promotions."

Web page design has come a long way since the early days when slow data transmission rates mandated simple displays, Wakefield notes. Today's online pages should be tailored to an audience prone to skimming content until something meaningful attracts attention. "Viewers don't really read a page, but they scan until they find something interesting, and then they click on it," he says. The design has to make that nugget easy to find. Still, that is very similar to the way most of us approach the daily paper. "Very few people read a newspaper from cover to cover, and web sites are exactly the same," he points out.

Promotional videos play an important role in attracting visitors to a web site and keeping them there. "At many major sites now you find either a how-to video or one that serves as an introduction to a company's services," Wakefield observes. In his own consultancy he does both types. After close consultation with the client about the primary messages to communicate, he shoots and edits the video, and then optimizes it for the web. Sometimes the video will be formatted into a looping presentation for display at a trade show. An increasingly prevalent option is putting it on a DVD. "Research shows people are almost twice as likely to watch a video than they are to read a brochure," so DVDs have become popular promotion vehicles. They are also less expensive to produce and mail out than printed material, he notes.

That said, Wakefield is quick to point out that "an online solution should not be the be-all and end-all" of a promotional program. An online presence needs to be supplemented by offline activities, such as direct mail campaigns. "Some companies tend to think that once they have a web site they're done, but that's not true," he says. Not only do they have to invest in keeping the site current. They should also have an overall plan that integrates a variety of promotional tools. "You can't rely on one medium alone, you have to look at them all together," he insists. "That's when they can work very effectively together."