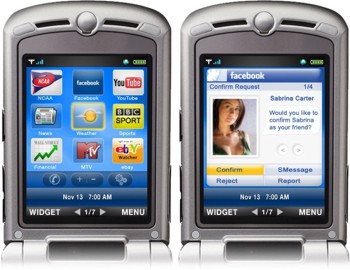 By definition, bling is gaudy and ostentatious, but Pleasanton-based Bling Software is a different kind of scene stealer. The company's primary product is an enabling technology that operates quietly in the background. But what it allows users to do is pretty attention-grabbing. The software lets wireless carriers deliver media content to mobile users via the handset. As CEO Roy Satterthwaite remarks, "What you do on the web from your desktop you can now do on a cell phone-check the weather or sports scores, watch videos, make reservations at a club."

This might not be mission critical among adults over 30, but it feeds right into the trends set by the younger demographic - the age group that just happens to be Bling's target market- hungry for 24/7 access to video, music, and social networking. One of the highest profile applications so far was the interactive coverage of slugger Barry Bonds as he chased the all-time home run record last summer.

The content is delivered by carriers or providers like GoTV Networks and National Geographic as a subscription service, with "bite-size" pricing to match the "snack-sized" modules. "We've taken the top 10 percent of web functions people use most frequently on the desktop and put them into bite-size applications on the handset. Think of them as widgets. They're not meant to be expensive," Satterthwaite says.

The service is similar to I-Tunes, but the difference is that Bling-enabled content is dynamic. Each widget needs to continually access a server for updates in order to deliver the latest information. "That's why it's an ongoing service. Every time it's used it is always checking the web. It's also very interactive," he points out, adding that other widgets associated with other brands will be announced in the near future.

The company's core innovation is its adaptation of Ajax programming methodology to the mobile handset. Popularized by Google, Ajax adds fluidity to the cursor movement to make viewing complex images on the postage-stamp sized cell phone display a comfortable experience. Bling also developed the technology enabling the applications to work on the hundreds of handset models on the market today.

Bling was one of those start-ups that moved straight from the garage into Hacienda Business Park, at the beginning of 2006, and continues to "office-hop," as Satterthwaite puts it. Hacienda represents efficient, low-cost office space, especially compared to the South Bay, San Francisco, or Palo Alto, he notes. The area's rich talent pool comprises another attraction. "We've trimmed the commute for some of the region's highest-profile tech execs from 60 minutes to five minutes," he crows. "Everybody's happy."