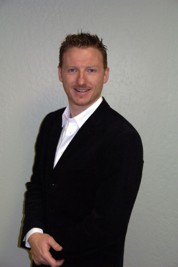 Duncan Jackson is certainly not the first parent to see his personal time evaporate upon becoming a family man. Nor is he unique in translating that experience into a viable commercial enterprise. But Clubspaces Inc., the business he cofounded with partner Steve Viarengo after a family-centric epiphany, has been tracing such a meteoric growth trajectory that it's bound to qualify for some kind of record.

Last spring, the self-described "social networking company for youth sports and family organizations" met its sign-up goal of 100 clubs within three days of its online debut - instead of the six-month ramp-up targeted in the business plan. The memory of the scramble is still vivid for Jackson, who serves as CEO of the company that moved into Hacienda Business Park this past fall. Instead of a leisurely beta test, he and his colleagues had to shift into overdrive, a pace at which they've been operating ever since. "We had to stop enrollment, hire a bunch of folks, and then raise some proper money," he recalls.

Even now, with 20,000 clubs driving 1.5 million active users to the site, Jackson prefers to stay under the radar. Clubspaces has members in19 countries, from a mothers club in the Gaza strip to sports teams in Bangalore, India, and even a group in Vietnam that he can't identify because all text is posted in the native language. But so far the company hasn't put a penny into international marketing. "It's all been viral, word-of-mouth," he confides.

To keep things moving at manageable speed, Clubspaces has no public relations effort planned until later this summer. But in mid-December, just after closing a round of funding that will keep the company going through 2009, Jackson made an exception to his low-profile posture and agreed to share some thoughts about his life and the new business with his Hacienda neighbors.

It all started when Jackson was out by the pool cooking one night with some friends and the conversation turned to how having children had changed their lives. One of the observations that surfaced was that the adults often socialized with the parents of their kids' teammates as a way of spending quality family time. But team life was complicated. "My partner Steve Viarengo [Clubspaces Chairman and President] and I are both dads with very active families," Jackson recounts. "We used to struggle with streams of disconnected phone calls, emails, paper schedules and in-person meetings with coaches and troop leaders. That's when we hit on the idea that managing clubs online could free up a lot of time for everyone involved. We both came from the tech environment, so we raised some money and built a product."

Not surprisingly, much of the insight was gleaned from his own childhood experiences. Jackson grew up in the U.K., where it seemed as though everyone he knew played soccer and rugby. His father was a local coach and his mother was a scout leader. "We always belonged to multiple organizations," he relates, mentioning his conviction that team and club memberships are a great force for socialization.

The vision for Clubspaces, defined on its web site as "an online hub that provides everything you need to easily manage your club, communicate with members, and connect with other clubs," focused on saving time for everyone associated with an organization.

"There's an incredible amount of work that goes into running a team or a club," Jackson observes. Parents, players, coaches, administrators. and club organizers all need to provide and retrieve information. "How do you set up schedules for 1,500 kids spread out among 100 teams that are going to play on six different fields over the next 10 weeks?" he asks. The answer: "Clubspaces is an Internet-based tool that brings all these disparate parts together."

What makes this effort special, he continues, is the way it reflects the full gamut of tasks that need to be done. A lot of social network tools help the community as a whole, but they don't address the administrative transactions, he contends. "We understand the very specific nuances of the market, the relationships among the people running a club, and how they all interact, which can vary a lot, depending on the type of organization. A Girl Scout troop, for example, will have to do things like load photos and track badge awards. The coach of a sports team has different tasks. Clubspaces facilitates the different roles and functions and totally integrates them online."

As Jackson and his partners devised the business model, it became clear that the service had to be free for the clubs and families. The revenue stream would come from a select group of advertisers looking for some very specific demographics. "I can guarantee advertisers will have access to a mother between 20 and 40 with a child age 6 playing soccer in XYZ zip code," he promises. "That's a lot of value to bring to the market." To avoid filling the site with banner ads, the focus is on attracting a select group of customers anxious to address this targeted market, Toyota for example.

Similar thinking applies on the club side. "Many of the groups we deal with are leaders in their market segment," Jackson notes. Clubspaces is also the official registration web site for the American Youth Soccer Organization, one of the largest in the country. It's a commitment that is taken very seriously. "We've been awarded rights to do business with these highly respected associations with millions of members, and we have to deliver the best customer service we can."

As an example, he points to the recent launch of the Amateur Softball Association (ASA). In the last 30 days, more than 200,000 ASA members joined the network. "Think of the scale!" he remarks. Other site attractions are the many free services - a 24/7 help desk, video training, FAQ lists, regular emails with coaching tips and advice on how to enrich the club. "And we have the wrap-around technology enabling teams and players to post videos, make calendars, put up schedules," he says. "We're dealing with volunteers, and we don't want them to get frustrated, so we've invested in the best all the way around."

Starting his own business was always part of the plan for Jackson, who came to the U.S. with another tech company in 2000. "My wife - she was my girlfriend at the time - and I were searching for the best place to work and raise a family. We looked all over the world, even Australia. The Bay Area won out for its good weather, quality of life, and proximity to the mountains."

Now married with a two-year-old daughter and five-year-old son, Jackson acknowledges that most start-up CEOs don't get to spend as much time with their families as they would like. "But this is a very family-focused business," he quickly counters. "I'm putting my effort into my kids' favorite things. All the coaches and parents I meet are passionate about their children being part of something, not to compete or to win, but for the ways it enriches their personal lives. I feel very lucky to be part of this."