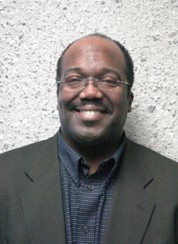 When Bob Baker entered the shipping business just after college, he had no idea he would wind up with a front-row seat at the edgy drama of a burgeoning global economy. "More than 90 percent of world commerce, aside from the oil and liquid that move in tankers, is shipped in ocean containers," relates Baker, the CEO of SyncroNet Marine, whose innovative container fleet management technology resolves a long-term industry problem: avoiding the cost of repositioning empty shipping containers.

Baker and 10 of the company's worldwide workforce of 50 moved into HBP in November 2007, although he has not had much time to spend in the office. As would be expected of someone involved in international trade, much of Baker's life unfolds on the road, often in South America, Asia, or Europe. Off-hours, he divides his time between a leased house in Danville during the business week and weekends in Agoura Hills, which he's called home since 2005.

In more ways than one, he's quite far from his East Coast origins. Baker grew up in Brooklyn and moved to Westbury, Long Island, in his teens. While at the time the suburban migration offered a welcome alternative to fast-paced city life, it does not hold much appeal for him today. His parents still live in Westbury, but now when he goes back to visit he finds the area cramped and crowded. "New York's Nassau County is so dense," he reflects. "We have congestion in southern California, too, of course, but it feels like it's offset by the openness. Things are much more spread out here. It would be really hard to move back."

Although he admits to landing in the industry by accident, after more than 20 years it's now in his blood. There is some irony in the way he got started. On graduating from Hofstra University back in the early 1980s, he interviewed with United States Lines, a shipping company then headquartered in Cranford, N.J. The perks were the big attraction. "A company car, liberal expense account, expensive suits-that was the 'Wow' factor for me," he remembers. But the real "Wow" was actually the company's extensive management training program, which taught him everything he needed to know about ocean container carrier operations in an old-fashioned, soup-to-nuts, year-long tutorial. "We spent one month in just about every department - equipment control, dispatch, labor relations, sales, marine and vessel planning, trucking, customer service, accounting, strategic planning," he recalls. Exams at the end of each unit ultimately winnowed the original class of 250 down to a dozen or so. Baker was one of the few in the rarefied group that stuck it out. At the end of the year he and his fellow candidates were put through the ultimate in hands-on final exams, often referred to as Hell Week. Sent out into the field to manage a port while the permanent manager enjoyed some well-deserved R&R, the trainees were expected to make any key decisions for that particular week. "The old-timers had to report to the new guy on the block," he says. "It was a make-or-break kind of a deal."

Baker refers to his own trial by fire, in Savannah, Georgia, as "very challenging," but instead of dwelling on the accomplishment, his attention quickly shifts to the drama of the industry, which he finds both exciting and all-encompassing. "Even today, the container industry is unknown to most of America," he observes. "You might hear a bit about port security and concerns for dirty bombs, which turns the nation's attention to the seaports, but in general the business is under the radar. People don't think of the origin and transport of things, like their clothes or the fabric that goes into them. But those goods are moved from all over the world."

With its connections to so many industries, he continues, port management is at the heart of global trade. That notion brings his thoughts to last year's controversy over selling a series of U.S. seaport terminals to a Dubai-owned company. Because a great many American ports are already foreign owned, "people who know the industry were shaking their heads," he says, suggesting gently that there is room for improvement in the level of public awareness. He also mentions the complex issue of port security, indicating that SynchroNet may get involved in some initiatives in that area later this year. Meanwhile, new industry procedures introduced since September 11 have improved relations and procedures between U.S. Customs and importers, bringing more attention to potential red flags. "To go to the next level of security takes technology and the involvement of all key members of the transportation supply chain," he explains.

SynchroNet Marine is perfectly positioned to disseminate its cost-avoidance technology in a marketplace that is both eager and enormous. Moving empty containers is a big expense. The five-to-one ratio in the Pacific-U.S. trade has recently declined due to the loss in value of the dollar, Baker relates, "but it has also transferred somewhat from Asia to Europe, creating the same dynamic and need to move the heavier surplus of empty equipment building up in Europe back to Asia. The industry estimates that close to $15 billion is spent, in the aggregate, shifting equipment around the world."

SynchroNet's database pools container information from a 150-member client base, and its proprietary algorithms connect the dots between empty container equipment and the demand for that equipment in more than 35,000 locations worldwide. "That $15 billion number includes no revenue, no freight charges. It is just pure expense to move air. We try to lessen that expense," Baker says modestly. "Moving an empty container from Chicago to Shanghai costs between $800 and $900, but if we find a user for that container in Chicago, it could earn roughly $600 in revenue. After transaction fees, etc., the cost is roughly 70 to 80 percent less than traditional repositioning," he notes - an irresistible proposition in any business. With world trade growing in the neighborhood of eight percent per year, even if half of the $15 billion collective total isn't eligible (due to trade imbalances and currency fluctuations, for example), the upside growth potential is huge.

Baker has already steered SynchroNet through significant expansion, broadening its overseas presence with new offices in Rotterdam, India, Singapore, Korea, Shangai, and Rio de Janeiro, and developing new services that will make the company a one-stop-shop for container repositioning and total asset management services. It's too early to think about retirement, although he does have some friends who "cashed out of the Wall Street rat race and seem to be happy running fishing charters in the Caribbean." His version of stopping to smell the roses would include going to back to making music, mostly jazz and gospel, "still a burning thing in my heart."

When he moved from Chicago to California in 2000, he sold most of the instruments in his music studio, but he kept his passion, a Hammond B3 organ, and he has ambitions to start playing again. "My grandfather told me years ago that if you can find a way to make money doing something you love, you will never work another day in your life," he muses. "You have to think about it - otherwise life can pass you by." To Baker, that's the ultimate "Wow."