Gary Hanstedt, GH GROUP INC.: Committed to Whatever It Takes 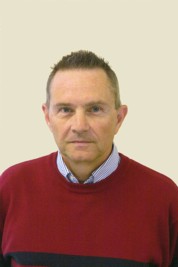 "You don't work for corporate clients for 20 years unless you're doing something right," observes Gary Hanstedt, CEO of the GH GROUP, INC a building and construction management firm that recently moved into new offices in Hacienda at 5933 Coronado Lane in February.

Over the past two decades, the company has established an impressive track record for complex, on-time projects, especially when unexpected events or sudden urgencies arise. It is not unusual to get a call like the one that came in a few weeks ago on a Saturday. "We wound up meeting with the client Sunday at 4 p.m. and started the project - repairs due to water issues - the next day," Hanstedt notes.

Perhaps the epitome of this can-do attitude revealed itself in the aftermath of the Loma Prieta earthquake in 1989. Hanstedt had no sooner managed to get back to the Bay Area from an out-of-state job, after car-pooling from the Sacramento airport with strangers, when he was called upon to restore a retail building that had sustained major structural damage. "You could see daylight between the exterior wall and the ceiling," he recalls. "The client's instructions were to get the store open ASAP."

Working hand in hand with the company's structural engineer, Hanstedt's team deftly designed the repair, which entailed removing and replacing large sections of the roof and installing new steel columns. "At 3 p.m. we got the drawing out to five steel contractors for pricing. At 5 p.m., we told the winner of the bid that we needed the beams at 7 the next morning." The subcontractor had to call its crew back to the plant, and, working through the night, managed to deliver the beams at 10 a.m., just a few hours past Hanstedt's request.

"That was acceptable, given the amount of lead time," he comments, with a touch of understatement. "My position is, don't say you can't; just figure out how to get it done. I may not sleep much during jobs like these, but we do what the clients need. That's why they continue to call us."

"THREE SIDES OF THE FENCE"

The GH GROUP continues to meet this lofty standard thanks to an unusual breadth of skill sets. Hanstedt is both a licensed architect and a general contractor, a combination that allows him to look at each project from "all three sides of the fence," considering the architect's, contractor's, and owner's perspectives. These multiple viewpoints are highly effective.

"We fill in the spaces between what the architectural plans show and what clients actually need, linking everyone together, for example, with permitting, meeting codes, and regulations." This is an invaluable resource for clients both large and small. "Our focus is on larger corporations with multiple projects per year, but we do a wide range of jobs, from under $50,000 to the millions," he says, continuing, "Many clients have a very professional construction staff, but they can be stretched thin. Other owners we work with are less experienced, so they tend to need more help."

Hanstedt, the oldest of four (one brother and two sisters), thinks of his upbringing, in an area of paper mills and rivers about 100 miles north of Milwaukee, as fairly conventional. It certainly laid the foundation for his future accomplishments. The family lived on the outskirts of Menasha, Wisconsin, a town of less than 20,000. "It wasn't completely rural, but our nearest neighbor was probably a block away," he recalls. He and his siblings had the freedom to roam through fields and woods and along the river.

His mother worked part-time as a nurse for the family doctor. His father was a superintendent for a mid-size construction company, overseeing large projects from Kentucky through the Plains. If the job site was out of town, he would drive or fly home every weekend. "Most fathers were probably home more, but in construction travel is pretty typical, especially if you're good at what you do, like my dad."

The frequent absences didn't seem to have any ill effects. "I grew up with very traditional values, although my parents had a different philosophy of life from my friends. They were fairly strict when we were young but as we got older they allowed us to make more decisions on our own. By high school, we knew the rules and expectations, and they didn't need to watch us every minute."

It is obvious where Hanstedt's disciplined work ethic came from. At age 87, his father still clocks in every day for work. Now, however, he reports to his son-in-law, who with Gary's sister owns an auto dealership in a small town near Green Bay. "The last I heard, the dealership was number 26 in Wisconsin in sales, which is not too shabby for a state that size," he remarks.

Hanstedt himself earned his undergraduate degree and a master's in Architecture from the University of Wisconsin. After a few years working for local firms, he felt the need for a professional stretch. In 1981 an ad in the Wall Street Journal lured him to northern California, where he worked as property/construction manager for Pacific Intermountain Express (PIE).

After a stint at Mervyn's managing new store development and construction, Hanstedt was recruited to Ross Stores as construction manager in 1984. Over two years he built more than 50 stores, all delivered on time. His expertise in fast-track construction shone in four, 75 calendar-day new construction projects and two, 23 calendar-day remodels.

Hanstedt formed GH GROUP in 1987. "After years of being an owner's representative, I wanted to do something on my own," he says. Starting the company with little sense of risk or entrepreneurial terror, he remembers thinking, "If I don't make it after a year or two, I can always get another job. It's not jumping off a cliff, just a new adventure."

In addition to confidence, building 25 stores a year at Ross had given him the opportunity to work with all different kinds of contractors. Not only did he forge a vast network of contacts, but he also realized there was room in the market for his skill set and level of professionalism. "I was always a problem solver. The strong support we provide to owners helps them handle issues beyond what a conventional contractor could do."

Hanstedt's wife, Constance, now CFO, has helped in the business from the start. "I told her at the beginning that she would only have to type a few letters and answer the phone once in a while," he relates, noting with a smile that her job description obviously changed.

Their 29-year-old son, Ryan, joined the firm four years ago as a project manager. His degree in environmental studies and subsequent work experience adds to the firm's expertise. The younger Hanstedt also knows the company in depth, having spent many summers on office duty starting at age 14 when recuperating from a broken leg.

A healthy mix of retail and corporate projects and a seven-state geographic base keep GH GROUP busy. Still, Hanstedt is very aware that this is no time to rest on his laurels. "Clients only remember your last job," he says, "so we have to keep them happy all the time." Which is just another way of saying, "Whatever it takes."