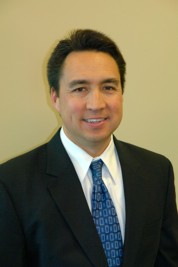 As he was finishing college in the mid-1980s and about to accept a job at IBM, Gary Alt set a goal for himself: each company he worked for in the future would be progressively smaller. Fast-forward 20-some years, and he is right on target. Alt, the co-founder and managing partner of Willow Ridge Capital Advisors, at 4733 Chabot Drive, now runs a firm with just four employees.

In this case, however, the firm's size is no indication of its stature. In August, Willow Ridge made it to Wealth Manager magazine's list of the top 500 wealth advisory firms in the country, for the third year in a row. Alt is well aware of the distinction of ranking in the top four percent of the nation's 11,000 registered investment advisors. Still, the honor is secondary to the sense of satisfaction he has in meeting his clients' needs. "I've been fortunate enough to turn my natural abilities and interests into a business where I can help other people," is the way he describes his success.

After 17 years in the corporate world, and a career with several relocations, Alt was ready to make the transition to small businessman. Several factors drew him to the financial advisory field. One was the constant learning. "The technical aspect of my profession keeps it an intellectual challenge. Portfolio statistics, keeping up on the tax code, monitoring complex strategies that are changing all the time - these all require technical expertise, and there is a lot of continuing education that goes on in my industry," he observes.

He was also determined to establish an independent company with "a family-oriented culture that provides really sound advice," he continues, pointing out that as a fee-based firm, Willow Ridge does not charge sales commissions and is legally bound to put clients' interests ahead of its own. Then there is his love of teaching. "So much of what I do now involves teaching - whether financial principles, tax strategies, or handling money in special family situations. I feel like I'm helping," he says. All of this work takes place in a wider context. "We help people develop a full-blown plan, and then advise them on investments, but we don't do one without the other," Alt emphasizes. "It's dangerous to dispense any advice without a plan. Otherwise, it's just numbers on a page." What also sets Willow Ridge apart is its risk-averse investment posture. "We put together the most conservative portfolio we can that will allow clients, typically families or business owners, to meet their goals, whether it's planning to care for elderly parents, educating children, retirement, or assuring business succession. We help them get financial clarity about their lives through a planning process we've refined over the years."

Initially, Alt did not anticipate a career as a financial advisor, but there were early signs of a good match. Recalling the Saturday mornings he spent helping out in his father's office as a young teen, he remarks, "I always enjoyed the business world." The pride that comes from being able to earn extra money stayed with him as well. As a student at the University of Wisconsin at Milwaukee, he worked part time, saved, and invested. Already strong in math, he discovered a knack for statistics and graduated with a degree in finance. "My sister teases that I'm the only person she knows who finished college with more money than when I started," he says.

In the corporate environment, he was fortunate to have some very wise mentors. One of the most memorable lessons relates to the importance of hiring decisions. "You've got to hire great people, let them create their own success, and still hold them accountable," he advises.

How does he recognize potential candidates? "I look for people who have something unique in their background that shows they've been able to persevere through challenges, whether personal or professional, and still achieve some significant results." The accomplishments don't have to be monetary or financial, Alt notes, but they should be meaningful to the individual.

Once on board, employees need to be involved in the decision-making process, Alt says. "People want to work in an environment where they can speak out, come up with new ideas, make suggestions, even point out weaknesses to be fixed. Really smart leaders hear them out. Everyone wins when you help them create success." Alt joined Willow Ridge in 2003 as a co-founder, a short time after his partner, Chief Investment Officer Steve Merrell, opened the first office in Monterey. Becoming a small business owner responsible for everything was an eye-opening experience - and one that has allowed Alt to build relationships with clients who now have the same kinds of questions he has already resolved.

His client base also gives him connections to many different industries, allowing him to get some direct insight into the state of the economy. Recent feedback indicates a more confident business outlook. The next sign will be an increase in jobs. "I still haven't seen much hiring, but people are starting to talk about it, so I see the employment situation getting better in 2010," he relates.

BEFORE AND AFTER HOURS

After career moves that took him from Atlanta to Minneapolis, Houston, and Austin, Alt finally settled in Pleasanton with his family in 1999. "Every place I had lived before always felt like a stepping stone. I enjoyed it but knew we would be moving on. But after we were in Pleasanton for two years, I couldn't think of any place I'd rather live."

Alt and his wife, Sheila, have been married for 23 years. He is quick to credit her as the inspiration for the accomplishments of the family, which includes four children. Their oldest son is in the U.S. Marine Corps, about to be deployed to Afghanistan. The next, a daughter, is a skilled American Sign Language interpreter studying deaf education at Ohlone College. His son in high school is on his way to becoming an Eagle Scout, while the youngest, a daughter in middle school, is "the creative one." Influenced by their mother, who has taught piano, all siblings play an instrument - drums, piano, or guitar. "I play the iPod," Alt quips.

While life at home with teenagers is "always hopping," Alt has a daily routine that keeps him on an even keel. Up before sunrise, he devotes the early part of the day to reading, spiritual inspiration, and exercise. "If I can do those three things regularly, I can focus on the big picture and keep my mind sharp," he notes.

Family vacations are usually spent at a timeshare in Newport Beach, enjoying the beach and other Orange County attractions, natural and man-made. "We love going there every year. It's far enough to feel like a real getaway," he observes, "but close enough so we don't need to fly." This does not mean Alt is travel-averse; in fact, high on his wish list is a trip to Antarctica. What appeals to him about such an unusual destination? "I like the outdoors and the wilderness, and this is so remote. The terrain and the wildlife are so unique. It's not a place everyone goes," he replies. Judging by his current accomplishments, he is likely to meet this goal as well.