Tuan Tran, D.D.S.: Wise Decisions and the Desire to Be His Best 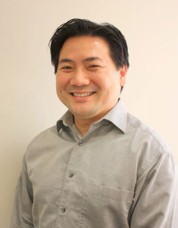 Tuan Tran, D.D.S., went through a dramatic upheaval in his early life. Of Chinese heritage, he was born in war-torn Vietnam and immigrated to the United States with his family in 1980, at the tender age of nine. While the experience shaped his future, it did not leave any scars. "I had a fairly normal and uneventful childhood," is how the owner of Alisal Dental Care recalls his youth.

The oldest of three boys, Dr. Tran has vague memories of being slightly on the "rowdy" side as a youngster - until he arrived in the States. "When we got here, for some reason I become more academic and interested in studying, but I don't know why," he notes. Learning English came naturally: " I took some classes growing up, but at age nine you pick it up pretty quick." So did making friends: "I have always been pretty well rounded academically and socially," he comments.

Dr. Tran attributes at least part of the smooth transition to the southern California community in which his parents chose to settle. Claremont, a college town about 30 miles east of downtown Los Angeles, "was a normal suburb, with good schools and a homey feel. It was pretty safe, and nothing much out of the ordinary ever happened," he remarks.

In contrast to the move to an adopted country, the influence of a hard-working, entrepreneurial family made an indelible mark . "My parents have always been business owners, from selling fabrics to manufacturing children's clothing. Even my grandparents were business owners, and my cousins, too." From them he learned several valuable lessons that have stood the test of time. "My parents taught me to be the best at whatever you try, and to be ethical. So to this day, whatever I do, I try to be the best." On the business side, he picked up the importance of dedication, customer loyalty, and of providing "the best services possible."

Nevertheless, Dr. Tran did not set out to follow in the family footsteps as a business owner himself. A high-achiever in high school, he went to the University of California at Riverside (UCR) with plans to become a biochemist. In his last year there he realized that he would have more control over his own destiny if he followed a different career path. His decision-making skills came to the fore as he started to weigh the options. Dentistry stood out as a very practical choice. It was a good fit with both his manual dexterity and science background. It also satisfied his career and personal goals, allowing him to work directly with patients, have a stable work schedule, and provide for his future family.

On graduating from UCR in 1993, a sensible, well-charted road map lay ahead. Before embarking on another four-year stretch of school, though, it was time for a break. He and two good friends from college took a year off "to travel, get a feel for different environments, and experience life outside academics." They also took advantage of the opportunity to indulge their passion: golf. For a while, they were playing almost every day.

The East Coast figured among their travel destinations. Dr. Tran especially enjoyed exploring Boston and New York, where he checked out Columbia University's dental school. He liked what he saw and was accepted into the program, but back at home in the spring common sense told him it might not be the best decision. "In the end, my logic won out. I decided to stay in California and go to school here. It was more affordable, and I would wind up with much less debt."

He did, however, opt for a change of scene, coming north to UC San Francisco for dental school. It proved to be a good choice in more ways than one. In addition to getting an excellent education, during his first year there he met his future wife, who had come to the program after graduating from the University of Florida.

They both decided to go into general dentistry, eschewing the specialties, endodontics and orthodontics. Not only would these fields have taken an additional two years of training, but they would also have restricted their practice scope. "Most general dentists today do straightforward procedures such as simple root canals and braces," he says, pointing out that not all root canals are equal. "If there is just one canal, or, for braces, just minor tooth movement, it is something that most general dentists can take care of.

"Patients go to specialists when their cases are more complex," he continues. "The work takes more time to do, and it is more expensive. And once you specialize, you can't go back to general dentistry. A root canal specialist can't do cleanings and braces, but general dentists can do variety of procedures-within the limits of their ability."

Dr. Tran and his fiancee graduated from UCSF in 1998. The next question mark was where to live and practice. He had gotten to know Pleasanton as a way station on periodic trips back to L.A. to visit his parents. "The first time I was there was in 1993, when I drove up for my dental school interview. It was very similar to the town I grew up in, and I felt very comfortable there." Wanting to stay in the Bay Area, the couple did some research and discovered that the growing city did not have an overabundance of dentists.

They moved to Pleasanton in 1999 and shortly thereafter purchased Alisal Dental Care, the general practice of a retiring dentist. After five years of working together, his wife opened her own practice because their current space was not big enough for two dentists. Dr. Tran went to practice with her and hired an associate to help at Alisal Dental Care. He now divides his time between the two offices.

"I love working with an associate because we can help each other as necessary and bounce treatment ideas around. I feel we can provide better service to our patients when we combine our knowledge."

In addition to the second dentist, Amitesh Patel, Alisal Dental now includes two assistants and a receptionist. The office provides the standard range of services, along with implants, braces (traditional and clear, or Invisalign), wisdom teeth extractions, and root canals. "Our emphasis is on high-quality, gentle dental care, with the patient's best interest always in mind," Dr. Tran remarks.

His biggest business surprise so far just might be the loyalty of his patients, some of whom are willing to drive 60 miles or more for his special brand of dental care. Whether former residents who have moved elsewhere or referred to the office by local family, "patients will drive considerable distances to see you if they trust you," he observes. "I have one patient who moved to Santa Barbara and still comes back to have her teeth cleaned!"

A few months ago, Dr. Tran purchased an office condo at 5933 Coronado Lane, and moved the practice to Hacienda. "Our lease was ending, and in this market commercial real estate is a good value," he explains. He enjoys the "more peaceful location" and his patients appreciate the second- floor, tree-filled view. It was obviously another wise decision.