Inspired by His Father, Allan Chan Has Been Over-Achieving Since Age 18 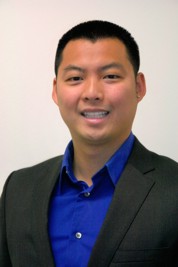 Who would buy life insurance from an 18-year-old? It took exceptional hard work and admirable persistence, but Allan Chan found enough people willing to entrust him with their business to confirm the wisdom of the career choice he made on graduating from high school 10 years ago.

"My dad was working for New York Life Insurance, and he was very successful. We had a comfortable lifestyle, and I wanted the same," Chan says, by way of explaining his motivation. Selling was hard at age 18. His prospects expected to see a 40- or 50-year old when he called on them. "Not many people trusted me for life insurance," he admits, adding, "But that made me stronger, drove me harder to be better at what I was doing."

He channeled his resolve into a very specific action plan. "I had to build up trust and set more appointments," Chan remarks. "The clients I was targeting were pretty sophisticated. I became their friend and advisor. I learned what life insurance products they had, did the research, found the best alternative, and presented it to them. They saw me as a young entrepreneur and decided to give me a chance."

As things started turning out well for his clients, Chan received referrals to their friends and colleagues. "I told them I just wanted a chance to earn their business. If I saw 100 people, 10 would give me a shot. I always heard more 'no's' than 'yes's,' but the 'yes' was what counted," he points out.

Chan concedes that it was "a hard life," but then it was not nearly as difficult as what his father, his chief source of inspiration, had accomplished. That was the real heavy lifting, he says - and he is hardly exaggerating.

The story he recounts is gripping. His parents, both Chinese-Cambodian, fled to the U.S. from Cambodia as refugees in 1980. "They get to celebrate three New Years," he quips, before turning serious. "Before the war my dad had it all" - a lumber factory with more than 100 employees, an air-conditioned Mercedes with power windows. "He didn't want to leave, but everything was gone, banks burned, property confiscated. They had to run away to survive."

Despite speaking multiple languages, including Russian, French, Cantonese, Mandarin, Cambodian, and Vietnamese, the elder Chan's English was minimal, which restricted work options in his new country. For 10 years he juggled three jobs, seven days a week, delivering newspapers in the morning, selling hot dogs in the afternoon, and doing janitorial work at night. He supplemented his wages with income from a succession of multi-level marketing positions, promoting skin care products, vitamins, and similar goods.

It was in the middle of one of those sales calls, in 1990, that he encountered the proverbial game-changing moment. One of his customers, a recruiter for New York Life, was so impressed by his selling skills that he urged him to give life insurance a try. Chan was nine at the time, and he clearly remembers his father studying for the requisite licenses. With his still-limited English, it was a struggle. Throughout, Chan's mother was always there to encourage her husband.

"My mom kept praying and urging him to study hard. She would say, 'This is going to be the life change you need. All you have to do is pass the exam.'" She was absolutely right. The elder Chan became agent of the month his first month on the job, and continued to break sales records all year. Chan still remembers the thrill of the trip to Disney World the family took as part of his father's agent of the year award.

He was still a child, though, and he did not completely understand his father's work. "I remember he bought an expensive laptop in 1991. I was thinking, 'Wow, what's my dad doing, punching in all these numbers on this big computer? It must be important. Is he an attorney?'" Chan says with a laugh. "But I knew whatever it was, now he was working smart, not hard, the way he did when he had three jobs. I decided I would do the same thing."

Still, there was a down side, and the son took away another lesson. "My dad worked long hours, so we did not have a lot of time to hang out together," he recalls. "I missed that as a teen-ager, but now I really appreciate what he was doing. I hope to do better with my own family."

At age 22, after four successful years in life insurance sales, Chan decided to broaden his skill set, branching out into real estate and mortgage lending. That work brought other service opportunities to his attention. "When people buy a new home, they need insurance, and I thought, well, I can do that, too."

The chance to diversify became even more meaningful as he sensed the housing bubble might be about to burst. "My clients always had a big down payment, and we did mostly prime loans," but it looked like a good time to scale back, he notes.

He had left New York Life in 2006, and as he was researching affiliations with a new carrier, he found that Farmers would be a good match. He became an agent, and Chan Associates grew again. The firm now offers a full line of insurance products, real estate services and mortgage loans, and property management. "We can help a client with buying a home, obtaining property and health insurance, and asset protection through life insurance," he explains. "We also do property management for larger clients. They often need help leasing out and managing their property."

Chan is very grateful that he has been able to allow his entrepreneurial spirit to prevail. There were many times he wanted to give up, trading it all for a fixed salary and a normal lifestyle. "But I would remind myself, 'Do I really want to be told what to do, or do I want to control the opportunities?'"

The answer was obvious. With a book of business that is about 10 times larger than most of his counterparts, he prefers the path of an independent overachiever. "In my line of work," he ventures, "you set your own income and make your own raises."

Chan is married, the father of an eight-year-old daughter and a five-month-old son. He is proud that the family needs only one income to enjoy a comfortable lifestyle, that his wife can spend her time caring for the children and offering him emotional support. He still encounters many "no's" in his business. "She tells me to just brush it off, that I'm helping people, even though they don't always see that."

With four smart-working and well-paid employees, Chan is getting closer to his goals, but at age 28 he knows he is not there yet. "My dad began his sales career around age 54," he says. "I got my license at 18. If I can do half of what he did, starting earlier and working as hard, I will have a very strong foundation by the time I turn 35. The business will be well established. Everyone in the office will be happy and will have a comfortable lifestyle."