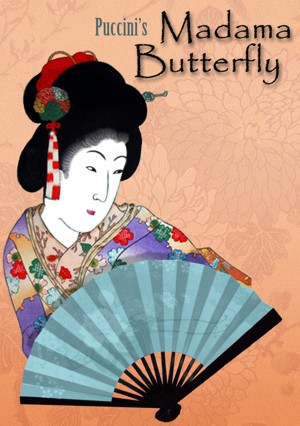 It has been seven years since Livermore Valley Opera (LVO) last staged Puccini's masterpiece, Madama Butterfly, which tops the list of the 20 most-performed operas in North America. Reputed to be Puccini's favorite, it is easy to see why, with its soaring music and heartbreaking story of a young geisha swept off her feet by a dashing American naval officer in Nagasaki, Japan, in the late 19th century.

According to LVO Executive Director Sara Nealy, "No matter how many times you experience Madama Butterfly, it never gets old - the music is sheer beauty, and the story feels just as real, immediate, and stirring to modern audiences as it did in the past. We hope to represent the clash of cultural values that is at the heart of 'Butterfly,' and are lucky to have guest Stage Director Brian Clay Luedloff to bring to life the old-world Japan in which Butterfly lives."

Nealy notes that Luedloff's authentic depiction of 19th century Japan can be seen in every feature of production: music, staging, set design, lighting, costuming, and even the individual movements of the singers. To prepare for their roles, the cast will participate in a Japanese tea ceremony and receive instruction in the mindset and movements intrinsic to the world they inhabit in the opera. The kimonos will authentically represent the status and hierarchy of the geisha. They will also be worn the way they should, one side folding over the other, to retain a smooth line during movement. Similarly, the impact of 19th century Japanese footwear will be reflected in the stride and balance of the female cast members onstage.

"We want the audience to feel the indirect, subtle, and graceful movement of the people of Nagasaki in contrast with the impulsive, confident movement of the hedonistic American Navy Lieutenant who has entered their world," Nealy emphasizes. "These subtleties, along with the singers' and orchestral voices, will tell the tale on another level."

The four performances are at Livermore's Bankhead Theater on Saturday, March 12 and 19 at 8 p.m. and on Sunday, March 13 and 20 at 2 p.m. The matinees will offer a special behind-the-scenes experience for youth after the opera-and ice cream at intermission. A Pre-Opera Talk one hour prior to each performance is included in the ticket price.

With this production, LVO is also launching a new opportunity under Hacienda's Special Offers program. Hacienda tenants will receive a 10 percent discount when they use the password "HACIENDA" to buy their tickets online, at the box office, or by phoning (925) 373-6800. This special offer is not valid with any other offer, on student tickets, previously purchased tickets, or on the day of performance.

Find more information about the opera, including a YouTube video with director Luedloff, and buy tickets at the Bankhead Theater at www.livermoreperformingarts.org or through the LVO website at www.livermorevalleyopera.com . Tickets for the Opening Night Gala dinner at Uncle Yu's at the Vineyard, with a Dessert Reception at the theater, are sold separately through the Bankhead Theater.