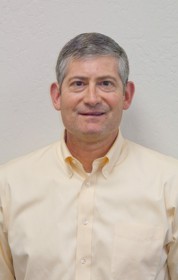 Contrary to popular opinion, accounting has a decidedly human dimension. True, as a discipline it follows strict regulations, and in many areas there is absolutely no question about what is right and what is wrong.

"Accounting is the language of business. It communicates how a company is doing at the financial level," explains Jim Pease, CPA and MST, who after 25 years in the profession recently launched his own practice, Pease Tax & Accounting Services. "Accounting has a defined structure and certainty to it: debits equal credits, etc.," he continues. "There is a methodology and understanding of how things are supposed to work. When you've got it right, you know it. In other fields, like marketing, it is never that black and white."

Still, the profession is about a lot more than numbers, and right-brain functions like judgment and creativity often provide the critical missing pieces.

"My biggest value is to help my clients make good decisions for the future," Pease emphasizes "We help clients disclose their financial condition to outside interested parties, such as bankers, bonding companies, or other stakeholders. They need this information to make decisions about moving forward."

Getting that information and putting it into the proper format are challenges Pease enjoys. For instance, client transactions have to be reflected correctly on financial statements, but it often takes a certain level of interpretation to determine where to report them. "Especially when it comes to tax law, we might make a judgment call, figuring out where a specific transaction falls within the law."

Technology has given him more time to do that kind of analysis. "Our profession has been positively impacted by technology. It allows us to get away from some of the mundane tasks of the past. Instead of adding up columns of numbers, we can spend time collecting information, making sense of it, and making corrections to reflect the financial reality of an organization," he says.

Born in Oakland in 1962, Jim Pease moved to Pleasanton at the age of two. Both his parents worked for the accounting firm his grandfather had started in Oakland in the 1950s, W.H. Mayer Accountancy Corp. A few years later, sensing the opportunity about to unfold, the firm also relocated to Pleasanton.

Living here before the start of the city's growth spurt has given Pease a longer term view of the area.

"I can remember driving by the business park when it was only fields," he recalls. "Hopyard Road was only two lanes, one in and the other out." Every February the intersection of Hopyard and Stoneridge would flood, and Hopyard became impassable. "We had to take Santa Rita to the freeway. There was no overpass on 580 - it was just a left turn to go toward Oakland."

Sports were a big part of his life growing up, and he learned some important lessons as both player and spectator. He played football and baseball as a youngster and in high school, at Amador Valley. He went on to play football at St. Mary's College in Moraga.

"I like the meritocracy in sports - you have to go out and earn what you get," Pease observes. "I figured out early that you didn't have to be the most talented person on the team - you could be the one who works the hardest. You don't always have to be the star, but you can figure out ways to contribute."

While accounting runs in Peases's family, he had some doubts about whether it ran in his blood, at least until he had spent some time in college.

"I don't know that I grew up wanting to be an accountant," he relates. "When I went to college I really enjoyed writing and wanted to be a sports journalist. I began at St. Mary's with that in mind."

What prompted the change was an accounting class Pease took during his sophomore year. He discovered that not only was he good at it, but he enjoyed it. With his father and grandfather as models, he knew it would provide a dependable livelihood. Hence the decision to switch gears.

While the family background influenced his choice of profession, Pease knew he did not want to go directly into the family business. Instead, after graduating with a B.S. degree in accounting, in 1985, he went to work for Arthur Young & Co. (which has since become Ernst & Young). As an employee of what was then a Big 10 accounting firm, Pease knew he could more quickly acquire the experience he needed-conducting audits and preparing financial statements, for example-to earn his Certified Public Accountant license.

In 2010 he decided to strike off on his own, opening his office at 4234 Hacienda Drive in December.

Not surprisingly, Peases's positive approach to being a team player earned him "lots of good friendships," and that attitude has carried over into his professional life.

"At the end of the day, business is about people," he states. "It is obviously important to have the knowledge. Accounting is an exacting field and you need to know what you're doing. You can't just jump into the profession without knowing the laws and rules. It's expected that you have that.

"But technical expertise may not be immediately evident, while people skills are," he continues. "Do you do a good job explaining without technical jargon? Do you get back in touch with people quickly? Do you communicate in an honest way? These are things that are part of your personal make up. When they are obvious, clients can say, 'this is the type of person I can work with.'"

Pease just completed a busy tax season, but he points out that the critical accounting work usually takes place in late fall, the time for projecting clients' tax liability and exploring options for improvement so there will be no surprises on April 15.

With the filing deadline past, Pease is looking forward to spending more time with his family. Married for 24 years, he and his wife have four children. Two daughters are in college; their son and youngest daughter are still in the Pleasanton school system. They too are active in sports. His wife, who played four years of collegiate soccer, also at St. Mary's, is the assistant JV coach for the boys soccer team at Amador Valley High.

While it remains to be seen whether any of the children will enter their father's profession, they are continuing another family tradition. "My dad was involved in sports growing up, and he passed on his interest to me. It turned out to be the same for us," he concludes.