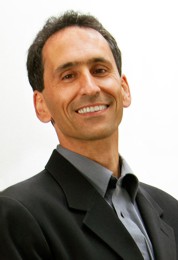 Helming a young global company that doubled its headcount last year, from 150 to 300, takes a steady hand. Veeva Systems CEO Peter Gassner has executed this challenge with aplomb, as he has done since he and three co-founders started the company in 2007.

Veeva's first product, cloud-based customer relationship management software, was an immediate hit with its target market, the life sciences and pharmaceutical industry, when it debuted in July 2007. That success, coupled with the ongoing development of additional cloud applications, has allowed the company to be self-sustaining for almost four years now.

As annual revenue surpasses the $100 million mark, there is the whisper of an IPO next year. Right now, however, Gassner directs most of his attention to two priorities: delivering value that meets or exceeds customer expectations, and making sure employees have the opportunity to contribute and flourish. Only then do his thoughts turn to investors, a group currently limited to angel investors and the venture firm Emergence Capital Partners, which put up $4 million in 2008. "Delivering value is so essential for growth that all else falls behind it," Gassner explains.

THE IMPORTANCE OF PERSISTENCE

Gassner is well prepared for this kind of leadership, not only through life and career experiences but also by natural inclination. Consider his favorite quote, from the nation's 30th President, the down-to earth New Englander Calvin Coolidge: "Nothing in the world can take the place of Persistence. Talent will not; nothing is more common than unsuccessful men with talent. Genius will not... Education will not... The slogan 'Press On' has solved and always will solve the problems of the human race."

Problem-solving has always been one of Gassner's strengths. From childhood on he displayed a remarkable talent for "solving puzzles and figuring stuff out." He also inherited his father's work ethic and commitment to stay with a project until it was done. "If you don't keep trying hard, you're not going to succeed," he sums up.

Gassner brought that persistence to Veeva. The company has done well, he says, because "we don't change our minds. Everyone is focused on getting the job done. Working hard at customer success is the number one value of the company. You can accomplish a lot when you're consistent."

Another part of his leadership style is instinctual. In his view, a leader is a kind of look-out. He cites another favorite expression, this one of his own making: "To be a leader you have to be going somewhere." Amplifying, he continues, "You have to be aware of what's going on around you. You have to learn, read, be honest, and follow your own drumbeat."

Exactly where the drumbeat leads may not always be immediately apparent, but Gassner has a keen sense of the direction. For example, he knew early on that Veeva would need to operate internationally. It opened its first office overseas in December 2010 in Barcelona, Spain, and now has additional international locations in Budapest, Paris, Shanghai, Beijing, and Tokyo.

Then, he points out that healthcare is regulated in all countries - not all in the same way, but regulated nonetheless.

"When you put these two factors together, you see that business processes are similar globally, and the pharmaceutical and bioscience industries have to be global to survive. Our customers have to work in all regions, so we have to be global, too."

In retrospect, Gassner admits that he has always "gravitated toward leading."

He first entered the working world as an eight-year-old paperboy. He moved on to mowing lawns, working in a restaurant, and then, in high school, he had a roofing business. Asked about this unconventional occupation for a teen-ager, Gassner replies, "You have to remember my family." His father, independent at an early age, had quit school to become a blacksmith. He was still quite young when he left his native Switzerland and settled in Portland, Oregon, where there was a significant Swiss community. He opened his own machine shop, married another Swiss expatriate, and raised six children, of whom Gassner is the third.

The large family gave Gassner an early start accepting responsibility. At the age of 12 he was in his father's machine shop operating heavy equipment on his own. "That was much more dangerous than working on a roof," he quips.

Despite the roofing business, in high school he took time for one sport, wrestling, and was co-captain of the team. More important to him - then and now - was the math teacher who changed his life with the simple suggestion that he take a computer programming class. Not only did Gassner discover that he liked programming and was really good at it; it also became "pretty obvious" that it would be very lucrative.

"This is my pitch for teachers and the impact they can have on students, especially when they go the extra mile," he muses. "My math teacher didn't have to do this, but he went out of his way to help me. It was a turning point, though I didn't know it at the time."

Gassner graduated with a degree in computer science from Oregon State University, and then, "like many at that time," came to the Bay Area for work. His first "real" software job was with a team at IBM's Silicon Valley Lab working on DB2. Surrounded by "really bright people," including some of the inventors of the relational database system, he thrived on the opportunity to learn and contribute.

These formative years were followed by executive positions at PeopleSoft and then Salesforce.com, both productive and rewarding tenures. Then in 2007, Gassner, neighbor Mitch Wallace, former colleague Doug Ostler, and pharma software guru Matt Wallach started Veeva with angel funding and an office in downtown Pleasanton.

Within a few months, the destination he had been migrating toward throughout his career finally became clear. "I had a great experience and enjoyed working at IBM, PeopleSoft, and Salesforce.com. I just didn't realize how much I would enjoy being CEO.

"My father always knew that I would run a company, but I never did," he continues. About five years ago, when he told his father about starting Veeva, he had a succinct response. "He said something like, 'Yeah, I knew you would,'" Gassner relates. "But it wasn't apparent to me until I did it."

Gassner has adopted a similar posture with his own two sons, now in middle school and high school. If he has spied signs of budding entrepreneurship, he declines to mention it, citing his characteristic Swiss reserve. "I'll be like my father and keep it to myself for now." What is certain is that, like their father, both boys will have a legacy of persistence and awareness to chart their own paths.