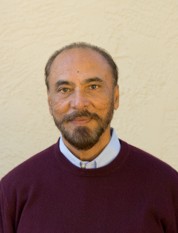 Uday Walia was an early adopter of the expatriate career path. Gifted with an agile mind, a robust work ethic, and a keen eye for opportunity, Walia has pursued his aspirations in five countries on three continents, from his native India to the Middle East to North America.

Walia's success and resilience in both the corporate and entrepreneurial environments over 30 years prepared him well for his latest venture, the start-up Riiwards.com. Riiwards.com claims the mantle of the first self-service, easy-to-use customer loyalty rewards program. The automated, highly personalized promotion platform allows business owners to build customer lists and send out targeted rewards to engage customers in one-to-one relationships.

Having started Riiwards.com with the assistance of his daughter, Reena Jadhav, in August 2011, Walia has just steered the company through a successful pilot. Now ready for venture funding, the company took another big step when it moved into Hacienda in April 2012.

As a child growing up in Delhi, in the central part of India, Walia was exposed to several influences that shaped his dreams for the future. Listening to news on the radio made him eager to discover the rest of the world. He wondered why he should spend his entire life in the land of his birth, asking himself, "Why not go across the border to see how others live and work?"

At the same time, a family circle that included army and police officers provided an early introduction to military tradition. He was fascinated with the life and accomplishments of the French general Napoleon. The armed forces were "the first joy of young boys," representing bravery, patriotism, and a strong value system. In addition, life for an Indian army officer was one of the best in the country.

When it came time to choose a profession, Walia went through the army's rigorous selection process and became an officer. Instead of preparing for the battlefield, however, he was directed to the corps of engineers, which funded his education through a Masters in structural engineering. "I will be forever grateful," he remarks.

It was the mid-1970s and the dawn of the computer age. Like many in his generation, Walia got hooked on the new technology and taught himself programming in his spare time. A few years later he put his skill set to use designing the largest column-free roof for a military facility in Delhi.

When he realized that engineering applications were very complex and offered only a small market, he switched his computing focus to general business applications. In 1982 he took a challenging post in Muscat, Oman, to turn around an under-performing construction company. As general manager, Walia set up one of the first IBM data centers in the country and developed an automated system for preparing bids and linking them to project execution.

Over the following four years, Oman's favorable financial policy of tax-free income plus generous housing and car stipends allowed him to accumulate a nest egg to fund a software business in neighboring Dubai.

It was a big contrast from the vastness of India to the small Middle Eastern countries, but Walia made the transition with ease, concentrating on the many positive aspects of his new surroundings.

"On the world map, Dubai is just a dot. You can drive around the country in half a day," he observes. "But I was absolutely amazed at how efficiently it was run." Dubai's expat community was almost twice as large as the native population. Walia and his family socialized with people from all over the world, most of them very happy with their living conditions.

Iraq's attack on Kuwait in August 1990 changed everything. Fortunately, Walia had secured a resident's visa for Canada, and in just a matter of days the family left for Toronto. He quickly found rewarding work with Nortel, computerizing the general ledgers of its 40 subsidiaries worldwide.

He loved Canada's low crime, spotless streets, and most of all, the warm-hearted treatment of both newcomers and citizens. After a few years, however, his long-awaited visa to the U.S. came through, and the family stuck off once again, ultimately landing in the Bay Area. Not only was Walia near his brother, but as "a computer guy," the appeal of Silicon Valley was irresistible.

His success continued at Wells Fargo Bank, where he led a massive data integration application, delivering the project in a third of the time at a third of the cost. His secret: It was the first time software development was outsourced to India.

At that point he realized that instead of relying on someone to create a job for him, he would create jobs for others. He co-founded two winning start-ups, JobFlash, sold to Taleo, and GetSmart, acquired by Providian.

In 2009 he sat down with daughter Reena to plot out what to do next.

It was a deliberate process. "We looked at what we had done in the past and figured out what to do to create something bigger and better." They decided their offering had to help businesses grow and increase revenue. "If you help a company make more money, they will be happy to share some part of it with you."

They picked the small business sector as their target. "These are the people who create more jobs than anyone, but it's very challenging to make a profit," he notes. In addition, they have little time to learn the new technologies that are developed every year.

The long-term vision of Riiwards.com is to make it easy for small businesses to bring in and retain customers.

"We think if we do this successfully we can become a very large company," Walia comments.

The logic he followed to develop the Riiwards.com business model came from an impeccable source: Intuit chairman Bill Campbell, who was his coach during JobFlash.

"This is a remarkable story that defines why Silicon Valley is what it is," Walia relates. "Someone of Bill's stature took the time to coach our father-daughter team one Friday a month."

Campbell's assistance was an inspiration. He showed the pair how he built Intuit from $200 million to $2 billion in revenue with a very simple proposition: an accounting system for small business.

"We thought, if just doing accounting can become that huge, what about marketing? We chose the same audience. Every small business needs marketing. It's where the revenue comes from. If we can prove our system helps acquire and engage new customers, that's step one of that long march."

The recent Riiwards.com pilot showed that merchants and customers loved the program. More than 20 percent of customers filled out profile forms, the mechanism for establishing the all-important one-to-one relationships, so rewards can be tailored to their preferences.

Walia has just started looking for outside funding. Reena has retired to spend more time with her family, so he anticipates hiring a new CEO "with more professional capabilities than me to run the company."

With the executive in place, Walia will be able to embark on the second part of Riiwards as a job generator, growing its deployment "all over the world, not just in the U.S." Just what one would expect a global citizen to say.