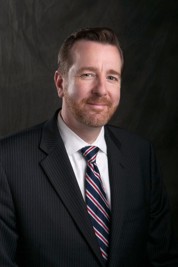 Banking is not typically regarded as a nomadic career, but for many bankers frequent moves are an integral part of the business, especially in the early years.

Barry Roach, the recently appointed President and CEO of Hacienda-headquartered SafeAmerica Credit Union, knew that repeated transfers were in the cards when he chose his profession. It was a lesson learned at a young age. His father's job as a branch manager for a large Canadian bank had gradually led the family from Newfoundland, the easternmost province where Roach was born, through a string of small towns across the vast country. He wound up in Fort McMurray, a booming oil town about five hours north of Edmonton, Alberta, as a teenager.

Instead of viewing change as a hardship, the youngster handled the transitions with aplomb, quickly adapting to each new environment. His approach to making friends was straightforward. "I had no problem going up to someone, introducing myself, and explaining that I just moved in," Roach recalls. An invitation to come over and play followed, and within weeks there would be half a dozen kids playing in his backyard.

The ability to adapt to new situations continued to serve Roach well once he started in banking himself, just after graduating from high school in Edmonton. Deferring college for a few years, he went to work for the same bank as his father. Thus began the transfer path - through the Northwest Territories, to Vancouver Island, to the city of Vancouver.

Roach's strength as a change leader meant that in some cases he would accomplish his mission and move on after only six months in a community. "I've had 20 different phone numbers as an adult," he quips. "I was young and single, so it was easy to pick up and move. I didn't mind. Meeting new people has never been a problem for me."

In Vancouver Roach worked in an audit position, which gave him invaluable exposure to the risk side of the business, augmenting his experience on the branch and service side. A subsequent promotion brought him to bank headquarters in Toronto, in a high-level assignment with responsibility for sales and service programs for 1,100 branches across the country.

Although the job entailed a lot of travel, Roach was finally able to put down roots. He met his future wife, also in banking but a different area-corporate governance and compliance-and they married in 2000. The couple enjoyed city life, trading their car for public transit. They each enrolled in and completed the MBA program at Dalhousie University, Halifax, Nova Scotia.

Then an enchanting visit to San Francisco prompted them to rethink their current situation. While they were happy and content in Toronto, both agreed that it was time to step out of their comfort zone. They had made a pact to embrace, not fear, change, and realized that if they were ever to make the big move to the Bay Area, that was the moment.

"If you look around a little outside your current circumstances, you just might find something better. The worst case scenario is that you try and fail. If that happens, you use that experience as a learning opportunity for the next time you face a challenge."

It took about a year for Roach to find an employer willing to sponsor a work visa, but in 2005 he accepted the post of vice president of retail delivery with Meriwest Credit Union in San Jose. It was another year before his wife's job search paid off. She was finally able to leave Toronto in 2006.

Just as strong an influence as the frequent family moves was the inspiration Roach's father provided as a key figure in the many small towns where the family lived."I saw a lot of the benefits my father was able to give to people as a banker - finance a home, buy a car, start a business."

Roach is finding gratification fulfilling the same role today. SafeAmerica started in 1953 in San Francisco as the credit union for Safeway employees. When it received its community charter in 2002, membership opened to anyone who lives, works, or studies in Alameda, Contra Costa, Santa Clara, and San Mateo counties, or to those belonging to designated employer groups, such as Safeway, Genentech, and Roche. As a nonprofit financial cooperative, the credit union returns its earnings to members in the form of higher dividends, lower loan rates, and reduced transaction fees. It has eight branches throughout its membership area, the most recent of which opened near Stoneridge Mall a year ago. The credit union has been headquartered in Hacienda since 2001 and continues its long-standing strategy of being a trusted financial partner with its members.

With a rich, 60-year local history, SafeAmerica Credit Union has built "a good stable business," but it is also evolving at a fast pace, Roach observes. "Technology is probably the biggest new opportunity. People don't line up at the branch to cash their paychecks anymore. They're looking to interact with their financial institution 24/7, via smartphone or the Internet. SafeAmerica is relatively local, but we need to think globally. We have members working or traveling overseas, and we need to be ready and available to help, whatever way works best for them."

Roach gleaned other leadership lessons from his father, especially the way he always treated everyone with the utmost respect,regardless of the situation. "This might sound canned," Roach admits, "but it works." Respect for others is an imperative for leaders who want to encourage an environment of open, nonjudgmental communication. "It's important to give people a safe and comfortable forum to express their ideas," Roach says. "There are never any dumb comments. It is always possible for the conversation to go off into a different stream that generates a new revelation."

At the same time, a respectful attitude does not preclude providing informed guidance. "I learned a long time ago that being a nice guy doesn't mean not telling employees something that might help them going forward. To bring out the best in people, you have to give them balanced feedback, showing them what they could do differently in the future to make things even better."

Leadership is not so much a matter of knowing more than everyone else, he continues. The real crux is being able to see the big picture and articulate the company's vision and strategy."I'm not smart enough to come up with all the ideas," Roach says. Through collaboration, though, it is his job to "paint a picture of the end state and show employees how every activity and communication should support that end state."

Roach also does not hesitate to go outside his own field for further inspiration. He reads a lot, primarily non-fiction and trade journals, always receptive to cross-pollinating his own thinking with lessons from other industries.

Financial institutions are sometimes subject to "a little bit of group think," he notes, with everyone wanting to do the same things. "I'm not sure that is the best strategy." In keeping with his lifelong embrace of change, he observes, "I don't mind exploring something outside the box. The idea may not go forward, but it can lead to another approach. And if I can stay one step ahead of the competition, it's good for our business."