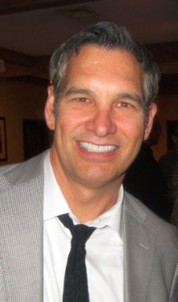 Shepherding a new medical device through the federal regulatory approval process requires an inordinate amount of patience. Take the experience of Hacienda's NeoTract as an example. Formed in 2004 to develop and market a minimally invasive treatment for BPH (Benign Prostatic Hyperplasia), the company has been approved to sell its breakthrough UroLift system in global markets since 2010. Fast forward three years, and, according to President and CEO Dave Amerson, here in the United States NeoTract's "cautiously optimistic" outlook has Food and Drug Administration (FDA) approval, if granted, expected in late 2013 or early 2014.

It has been a long wait for the executive, who describes himself as "one

of the least patient people you'll ever meet." Over a long career in the medical device field, however, he has learned how to hold that impatience in check.

"You have to be patient when you have a technology, as I believe we have, that really is a game-changer in the world of BPH," Amerson notes, explaining the context: Not only is the disease very prevalent, affecting 500 million men around the globe, but both current treatment options - pills or a very invasive surgical procedure - have serious drawbacks. "There is not a BPH therapy on the market offering the same benefits as UroLift without side effects, and that's where we believe our sweet spot is."

Amerson has formulated a highly disciplined strategy to guide the company as it progresses toward the long-anticipated milestone of FDA approval.

"I believe in doing things the right way, methodically, from the beginning, so they work out and you don't have to reinvent the wheel down the road," he emphasizes. The axiom that "if you can't measure it, you can't manage it" permeates a corporate culture that prizes ethics, transparency, and trust as core values. From investing in machinery that will allow the company "to iterate new technology fairly quickly" to the rigorous analysis of clinical trial data, Amerson has implemented an approach that keeps employees focused on the right targets and driving toward the same goals. The work continues beyond a disciplined anticipated commercial U.S. launch to looking at next-generation devices. "We are building toward becoming one of the most sought-after urology companies in the world."

There is no doubt Amerson has the credentials to achieve that enviable status. Although when he joined NeoTract in July 2011 it was only the third company in his professional career, he had already logged more than two decades in the medical device arena with an emphasis on urology.

Most recently he was Global Vice President and General Manager of the surgical urology division of Coloplast, a Danish company that paid almost $500 million for the urology business unit of his previous employer, Mentor, in 2006. Amerson had been the point person on the transaction for Mentor and went on to lead Coloplast's newly acquired division to double-digit sales growth and several new product launches.

Growing up, he did not have his sights set on entering the medical field, but it struck a familiar chord given his personal background. His father was a Navy corpsman, or medic, whose military career included a tour of duty in Viet Nam. Stateside, the elder Amerson occasionally brought his son along to the various clinics at which he was stationed, so the young boy got an early introduction to the environment.

In college he thought he would become an attorney, but a wise piece of advice from his father turned him in another direction. "He told me that if I wanted to go to law school, I should spend some time working at a law firm first," Amerson relates. Finding it not to his liking, on graduation he went to work for Osbon Medical Systems, a medical device innovator based in Augusta, Georgia, where he built a high-performance sales and marketing team. "I enjoyed the business and medicine and fortunately have had a successful career," he comments modestly.

Born in Atlanta before his father retired from the service and went into business, from kindergarten to seventh grade Amerson spent time in a variety of mild climates like Hawaii and San Diego, "a little bit of everywhere."

The family's frequent moves left their mark in a very positive way. As a newcomer in a succession of elementary schools, he learned to assess situations quickly and adapt to the dynamics of the environment. For example, in Hawaii, where so many children go barefoot - a practice his mother would not permit-he used to hide his shoes in the bushes on the way to school, and then pick them up before returning home.

Like many other future entrepreneurs, Amerson made an early entry into the workforce, at the age of 12 - not because he needed to, but because "it was the right thing to do." He washed dishes, was a life guard, worked construction - "you name it, I've done it." He doesn't remember any particular skills he drew upon to land a job, other than being honest and straightforward and emphasizing that he was a hard worker. "My dad was very disciplined, in a good way," he recalls. "His philosophy was that no matter what the job is, make sure you do it well and that the person wants you to come back."

The vast diversity to which he was exposed - as a child and an adult - triggered another upbeat realization: that the world is full of good people. "Politics occasionally gets in the way, but rarely do I run into someone - whether a cabdriver, surgeon, or patient - who doesn't want to do the right thing - take care of their family, be a genuinely nice human being."

These days at NeoTract, Amerson considers his most important job to be "hiring really great people to lead the organization." A strong network of mentors and colleagues is a critical tool that helps him in this role. "The medical device space is small, really. By having a network you can find out who's good. Mistakes can happen, but the chances are minimized by relying on personal references."

He has been constructing this network since first starting his medical device career. For years he has been building a "Great Hire" file, "so when I meet people, whether in R&D or marketing, who have qualities I think I can work with, I put them on my list." He likes LinkedIn: "I don't accept all invitations, but it is a fantastic place for networking." He also relies on the Bay Area's Band of CEOs, roughly 100 leaders of small to mid-size medical device companies, to stay current on available talent as well as for information exchange.

When hiring he looks for people who follow a similar mindset. A willingness to "rally around the values and the technology" and put in extra hours are essential. "The start-up world is not the right place if you want a 9-to-5 job," he comments.

It is not all work, though. One of NeoTract's cultural values is to have fun along the way. To celebrate successes and keep up the excitement, the company holds periodic team-building events, from margarita parties to scavenger hunts. Amerson and members of the executive team have been known to cook pancakes for the monthly all-employee meeting - another dimension of the disciplined strategy keeping the company on the path to success.