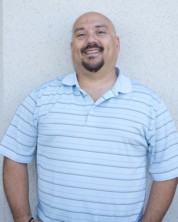 Jerry Anderson enjoys telling how the family business, Anderson's Uniforms, got its start. Even though the company began in classic Northern California fashion, in a Silicon Valley garage, it was hardly the product of the mid-1980s technology boom. Instead, it focused on a specific utilitarian niche, a program of purchased uniforms for the workplace.Anderson's father, Don, had worked for a uniform rental company for 15 years when he saw that the market needed a source for outright uniform sales. He and his wife, Celine, took the plunge and set up the new venture in the garage of the family home in San Jose. Around the same time, a friend was forming his own embroidery business, a perfect complement to the uniform personalization requested by customers.The two companies landed their first account together at an automotive school in Fremont in 1986. "Neither one has looked back," the younger Anderson remarks.

The fledgling enterprise was taking shape as the son was in the middle of his freshman year at UC Santa Barbara. "Oddly enough," Anderson recalls, "I was taking business classes and was learning that only one in three companies makes it out of the first year with their head above water. Of those, only one in 10 finishes the year with a profit." At the same time he was absorbing these statistics, he saw that, thanks to a clearly defined niche and an emphasis on service, his parents' endeavor was doing well. In 1989, recognizing the up-and-coming potential of the Tri-Valley, they moved to Livermore. Once again, the garage served as their base of operations until, a few years later, they reached critical mass and rented a small office. The company has been growing ever since.

His parents' early success, however, did not immediately lure the young Anderson into the business. He spent his first summer in college in Santa Barbara working for a temporary agency which placed him in the QC department of a medical device manufacturer. "I was doing the testing for various components as they came in, making sure they met specifications. It wasn't rocket science, but I worked in a clean room, and it was an important function." Anderson's performance impressed his superiors to the point that they bought out his agency contract and made arrangements to keep him on part-time during the school year and full-time in the summers.

It was not Anderson's original intention to work his way through school, but he enjoyed his new-found earning potential. "I was definitely making more money than all my other roommates, who had jobs making sandwiches and pizzas. Plus I got along well with my co-workers and it was a good fit."

Still, without further specialization the job did not offer the potential he sought in a future career. Instead, he continued on the business track. On graduation, in 1990, Anderson tapped his savings and criss-crossed Europe for almost six months on a Eurorail pass. On his return he entered the management training program at Enterprise Rent-a-Car, where he spent the next few years learning customer service from the bottom up.

By that time, his younger brother had joined his parents and was instrumental in securing the firm's first largest contract to date,a three-year program for hundreds of BART employees, in 1994. Knowing extra help was needed, Anderson left Enterprise and came to work for the family business, confident in its staying power.

"Early on, I realized that no matter what your business is, you will need some type of promotional products," he confides. "Even a small business will use pens, pencils, coffee mugs - something with their name on it. If I can't sell a company I'm calling on a uniform or a shirt, I can sell them some item with the company logo on it."

The next major leap forward was winning the business at AC Transit, a program that remains the bread and butter of the company today. Largely due to the close vendor-customer relationship, Anderson's continues to supply the AC Transit workforce of more than 1,200 drivers, supervisors, and dispatchers.

"Being a small family-run business, we pride ourselves on customer service.AC Transit would just be another contract for a larger company, but for us it means everything, and we treat it as such," Anderson observes. The level of individual interaction is evident every month, when the uniform supplier brings a full set of sizing samples - pants, shirts, sweaters, and shoes-to three different AC Transit locations so employees can order new attire.Four weeks later, the orders are delivered. "We know many of the bus drivers by their first names, and they often greet us with a hug."

With word-of-mouth referrals and a high rate of repeat business, Anderson's customer base has grown to encompass hundreds of clients, from Livermore Labs to municipalities throughout the East Bay, including a newly signed contract with the Dublin-San Ramon Services District.

Beginning around 2003, the mounting numbers prompted the Anderson parents to withdraw gradually from the helm, turning control over to their son; his brother had moved into the tech sector a few years earlier."My dad is on the golf course more than in the office, but he likes to stay involved." One of the elder Anderson's favorite contributions is delivering the finished uniforms, "a good way to keep in close contact with our customers."

Along with workplace shopping services, Anderson's also offers uniform selection in its own facility. The company recently consolidated its Dublin retail store and warehouse into a single 3,000-square-foot facility in Hacienda. "We opted for a location offering a large warehouse for the AC Transit product, along with generous office space," Anderson comments. "It's also very easy for our customers to get to."

The flexibility of running a family business has a big appeal for Anderson, who uses the opportunity to combine his love of travel with a passion for soccer, developed during years of play in middle and high school. In the summer of 1998 he took three months off to tour Europe again, this time attending the christening of his god-daughter in the English countryside and his first World Cup, in France.

"I'd never be able to do something like that working for someone else," he notes.

An equally constant but more frequent pastime over the past two decades has been his work as a volunteer in the concert business. "I just love seeing live music." Taking on tasks from ushering and security to volunteer coordinator, Anderson has given his free time at a variety of venues-Oakland's Fox Theater, the Fillmore and Outside Lands in San Francisco, among others.

"I see more concerts than anybody," he remarks. Today he has cut back on his volunteer schedule but still attends plenty of shows. While the crowds are energizing, he has not lost sight of the service side of entertainment. "People are paying their hard-earned money to see someone whose music they appreciate. As volunteers, we help them have a rewarding experience." It's the same kind of attention to detail so important to the success of the uniform business.