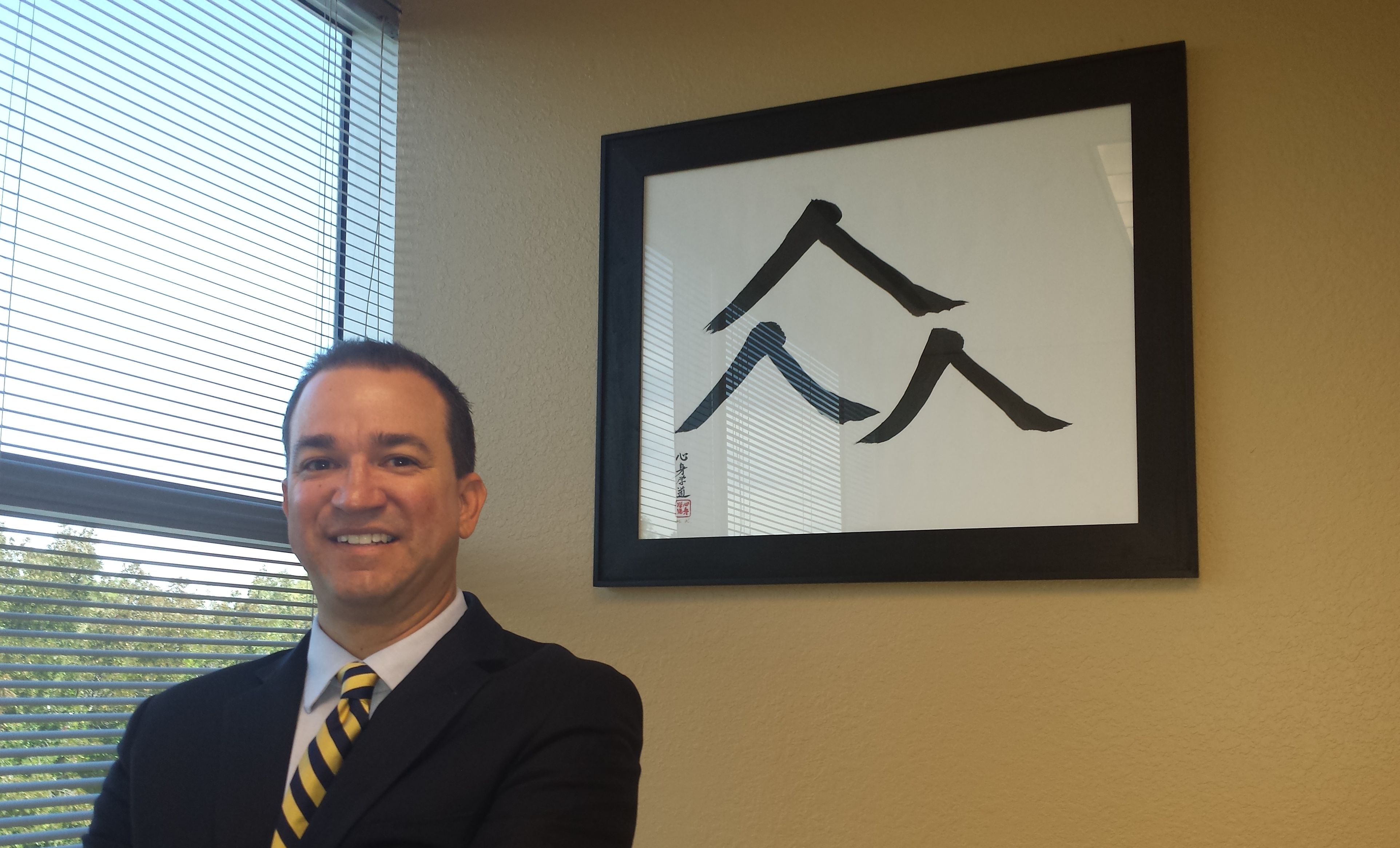 "There's something about the American spirit that the land you own and live on is very dear to your heart," the successful attorney explained. "We have cars and houses, but what you decide on for your home is your life investment. It's a major issue that we all face in our life."

Richards opened his own firm, Richards Law, nearly three years ago to pursue his dual passion of real estate and business law.

"There's a natural extension to business," Richards explained of his firm's two specialties. "There are issues with business and leasing. To resolve a lawsuit over a lease agreement, I have to go look at articles of incorporation. I really have to know the ins and outs of how corporations work. It's a natural extension of the real estate work that I do."

The Ohio native got his undergraduate degree, a double major, in religion and philosophy from Denison University before moving to the West Coast. A friend in graduate school at Berkeley invited Richards to visit.

"I came out on a sense of adventure from Ohio," Richards recalled of that fateful 1994 visit. "I loved it so much that I just never left."

Richards - or J.R., as his friends call him - spend a year abroad as a missionary before landing a job in the booming information technology (IT) industry.

"I eventually had my own computer contracting business," he said. "I was the IT guy who came in to help small businesses."

An intense passion for martial arts led him to work and practice in that field for five years before he ultimately decided to tackle law school at Golden Gate University.

"I thought that's where my natural abilities were, and my grandfather was an attorney," he said of his decision at age 33 to plunge into law. "I really like real estate, and I loved law school. I couldn't believe how law school was so dramatically and intellectually exciting."

Along the way, Richards met his wife in San Francisco and the couple moved to San Ramon, where he worked at a boutique law firm for five years. He struck out on his own two and a half years ago with an office in Berkeley before settling in Hacienda a year and a half ago.

"It's a perfect geographic location for me because I have access to all the different counties in the Bay Area," he said. "Purely on an access level, it's the perfect hub for me. The reason I really like Hacienda is because it's a thriving business culture and it's growing. There's a lot of potential here."

Being his own boss allows Richards the ability to skillfully juggle his career and family.

"I can dedicate time to my family," he said. "I have enough flexibility that I can help coach my son's baseball team. I work a lot harder than I ever did for anyone else, but I can carve out personal time."

Richards' strength is the ability to work well with all types of people.

"It challenges me on the interpersonal level to try to relate to everybody, but still be in command of the ship," he said. "You really want an attorney that you trust and you like and is really going to fight for what you need. I know the law. I try to leverage your strengths and de-emphasize the weaknesses and get the best result.

"A lot of attorneys have one gear. They're either driving really fast or going slow. I think it's more nuanced than that. Part of my character is reading the room."