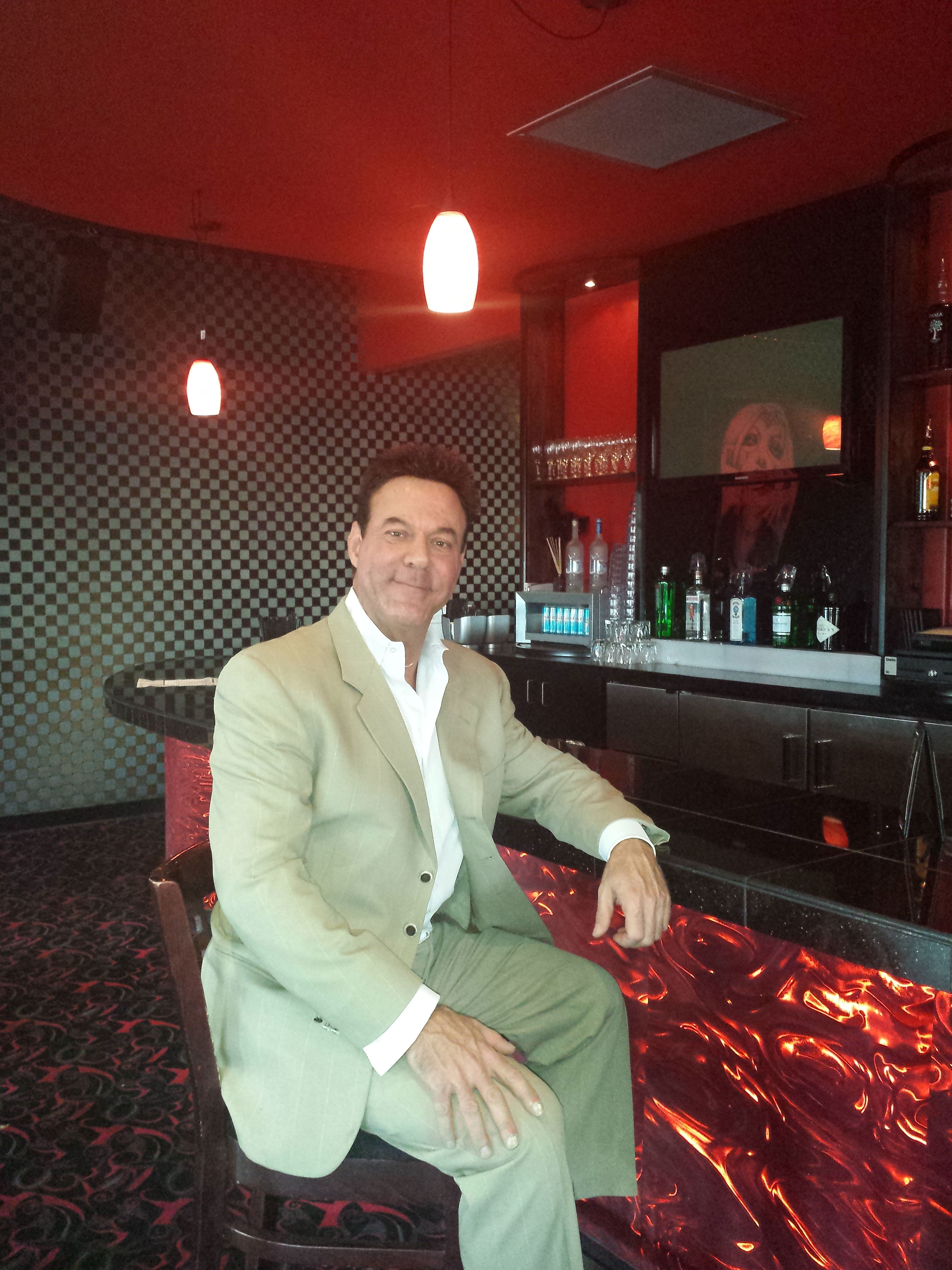 A touch of Southern comfort straight from the bayou has come to town in the form of the new Hex Southern Grill & Voodoo Room.

Hex is the latest venture by Danville businessman Eric DeBlasi, a 28-year veteran of the hospitality industry.

"Right now, a lot of the movies are about witches and warlocks," DeBlasi explained of his new venue's theme. "We're doing a Southern grill. It's a good idea that ties into our drinks and food. It's going to be like going to Bourbon Street and having fun at happy hour."

DeBlasi got into the hospitality industry truly by chance. The Berkeley native was working two jobs and saving money after high school. He put in long hours at both a clothing store and jewelry store, saving much of his earnings.

When he was 21, he pooled his money with a friend and bought a home in Sacramento. They flipped that house for a decent profit, a move that landed the driven DeBlasi solidly in the real estate business.

"It was at a very young age that I started," he recalled "By the time I was 22, I had built or purchased maybe 100 homes. I developed a lot of Elk Grove and areas in Northern California. That's when I got into the commercial buildings."

DeBlasi ended up with a commercial building in San Diego that featured a restaurant and nightclub on the lower floors.

"I didn't know anything about the (hospitality) industry, so I tried to rent them out," he said. "I got a lot of response, but it didn't seem like it was people I trusted to pay me my rent."

So DeBlasi took a different approach. He recruited employees who would sign on as partners. That approach netted him plenty of great workers and ultimately good business partners.

"I've done 37 nightclubs, restaurants and hotels," he said. "Most of my managers are all owners. It's worked well because of the quality of people you get."

That first venue, in San Diego's Gaslamp Quarter, was named Plateau. Most of DeBlasi's restaurants and nightclubs have been in the Bay Area, Southern California, Arizona, Florida and Las Vegas.

Some of his notable venues include Blue Tattoo, with 13 locations throughout California, and Ibiza Hotel in Oakland.

"Ibiza Hotel was considered one of the top three largest nightclubs in the world at one time," DeBlasi boasted. "I would get up to 8,000 people. I was the first one to do the major pool parties that would start on Friday night and end on Sunday night."

His most recent restaurants and clubs were Coconuts Beach Bar & Mexican Grill and Lolita's, both in Las Vegas.

When DeBlasi wrapped up his latest business ventures in Vegas, he decided to return to his roots in the East Bay to search for a new challenge.

"I ended up selling all of my clubs," he said. "I decided to get back into the business, but all of the people who worked for me owned all of their own clubs. The problem is that I was now starting from scratch. I was starting with a whole new team of people. It was challenging, but it's good. I like working with new people."

"We're only serving happy hour at this point," he said. "We have a very limited menu because we want to make sure the food is right."

The full restaurant should be ready to roll out in early February, complete with a Southern-style menu he's been developing with two key chefs.

"There's really a need for it out here," he said of the featured Southern cuisine. "If you do a demographic analysis, there really isn't any good Southern food. Our food is like if your grandmother just cooked some jambalaya or fried chicken or mac-and-cheese."

"I hope to be there a long time," he said of Hex. "We're also a nightclub, but the restaurant part of it is extremely important to me. That's my passion. In the Bay Area, inviting a friend over for dinner is much more exciting than going out for the night."

Hex will target business park employees and customers during the lunch hour with a focus on families for dinner, DeBlasi said.

"We have great food and great prices on our food," he said. "We'd like to get families and the business people. We're going to have a kid menu. We are family friendly. We're well priced."

DeBlasi has big plans for his new location near the corner of Stoneridge and Chabot drives.

"It's easy to get into and out of," he said. "We have plenty of free parking, which is wonderful. It's a location that's large enough for us to do the banquets and special events. We really want to get tied into all the local human resource people so they think of us first when they want to do special events."

The nearly 11,000-square-foot facility can accommodate a wide range of parties and functions, he noted.

"My concepts have always been very well known for happy hours," he said. "We try to make them fun. We have interactive happy hours."

Hex ultimately may offer events for the under-18 crowd to give youths a safe place to gather and have fun, DeBlasi said.

"We do an 18 and below night to help keep the kids off the street," he said. "We'll do that on three-day weekends on Sundays."

DeBlasi admitted he's as surprised as anyone that he's carved out a long-term career in the hospitality industry.

"I never in my wildest dreams thought I would be in the nightclub business," he said. "I don't really drink. I like to go home and be in bed. A lot of people get caught up in hanging out with the rich and famous and partying. That's not me. You can't end up partying in your own facilities. It's 100 percent business. I wasn't interested in (being in hospitality), but there was a lot of money to be made in it."

DeBlasi, who's single and a self-described workaholic, has found a unique type of family within his many ventures.

"Through the years, I ended up enjoying the development of (the businesses)," he said. "I've developed them across the country. I like all the people who've come to work for me. It's like a family.I have a really good bond with all my employees, and I really trust them. I've been lucky to attract really good people. There are a lot of young, energetic and exciting people who are drawn to this industry."

"I'm extremely lucky," he added. "Different doors open for me. I just have to step in. I've been extremely blessed."

Read all about Hex Southern Grill & Voodoo Room, 4825 Hopyard Road, and check out the planned menu at hexsoutherngrill.com .