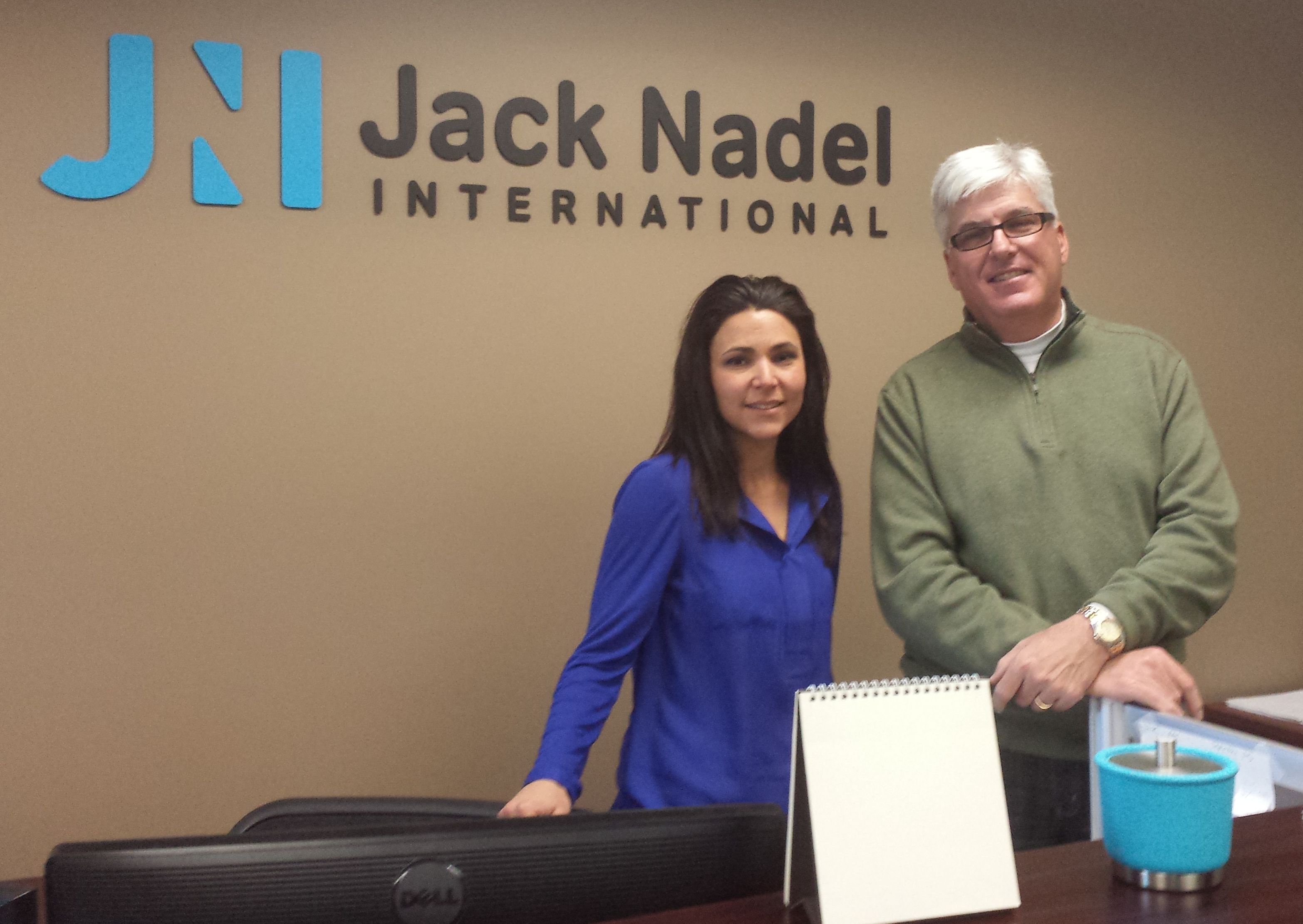 If you have ever gotten a free umbrella with your cosmetics purchase or a cool promotional packet from a company, then you have most likely been privy to the creative genius behind Jack Nadel International.

"We create brand merchandise for corporate use to promote a company brand," explained Mike Maurice, vice president of business development at the company's Pleasanton office in Hacienda. "We provide branded merchandise for them to use in their marketing programs. For example, we did a lot of merchandise for the America's Cup for Oracle."

Jack Nadel International, or JNI, was founded in Los Angeles in 1953 by entrepreneur Jack Nadel. The company now has offices in 25 U.S. cities, London and Hong Kong.

Maurice opened the Hacienda office in 1999 after tiring of his commute from his Castro Valley home to the Palo Alto office. The local office has grown to 10 employees.

"We are a full-service sales promotion agency," Maurice said. "You take a client that wants to promote their objective for a sales program or trade show. They come to us, and we would create unique brand merchandise that would augment their brand or message."

A perfect example is Kikkoman soy sauce. The company needed to boost sales during the first part of the calendar year when soy sauce sales are sluggish.

JNI's award-winning in-house team developed a promotional strategy at grocery stores that featured tags that were bright red, a symbol of good luck in Asian cultures. The tags were attached to bottles and featured during the Chinese New Year.

Each little red tag had a unique number that the customer entered on a special website to win everything from soy sauce and cooking utensils to a Chef Chu's cookbook. Sales skyrocketed, thanks to a campaign that cost just $750,000.

"The product flew off the shelf," Maurice said. "Kikkoman would have to spend $4 million or $5 million to get that much exposure from television ads. This was a way to motivate people to buy Kikkoman soy sauce."

JNI has worked with Tesla and Solar City to create cool promotional packets for owners of new cars and solar panels.

Advertisements come and go without creating memories or people skip right past them when they are watching TV. Promotional products last forever, keeping the company's brand foremost in the consumer's mind.

"You can see where traditional advertising is a dying medium," Maurice said. "But wouldn't it be cool if you had a (company's) mug on your desk right now? It's more top-of-mind advertising. We all like merchandise. If it's cool and we can relate to it, we like it, we want it."

JNI has stayed viable and at the top of its game for so many decades because it remains creative and goes after dynamic markets, Maurice said.

"It makes us kind of recession-proof in a way," he said. "Where one industry might be doing poorly, another will be doing well. Healthcare is booming. Blue Cross is one of our biggest clients."

"The energy of the company hasn't changed since our inception," Maurice added. "JNI always been the trendsetter in this business."