Let Your Fingers Do the Walking with YP 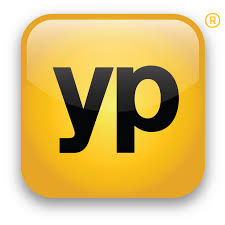 You can still let your fingers do the walking through the Yellow Pages, but they most likely will be walking with the help of your computer mouse.

YP.com, the online portion of the Yellow Pages, specializes in exposing local businesses to people who are searching for specific companies and services in their communities.

The advantage to advertising with and using yp.com is that an online search is instantly narrowed to businesses and services close to where the person lives.

YP.com has advertising sales offices throughout North America, including Northern California's only call center and sales office in Hacienda.

YP.com moved from another location within Hacienda to its current offices at Hacienda Lakes, owned and managed by Harsch Investment Properties.

"They were originally a part of AT&T," Monica Graham, assistant vice president, operations manager of Harsch, explained. "They continued to share work space with AT&T at California Center near Walmart after AT&T sold the majority ownership of YP. AT&T moved out of California Center when its lease expired, and YP relocated to Hacienda Lakes."

YP.com moved to its new location in late November of last year, occupying a full 23,050 square feet of space. The move took place just prior to the official Dec. 1 move-in date.

"It was great we had the square footage available and were able to accommodate their relocation," Graham said. "We even had existing cubicles in place, so they were able to take the space as a plug-and-play. It made the transition very smooth for them. They were not only impressed with the space, but also enjoyed the beautifully landscaped campus as a serene setting for their employees."

Hacienda Lakes is on the south side on the park within walking distance of restaurants and retail businesses. The buildings are nestled among birch and redwood trees with a relaxing view and grounds for employees to enjoy.

"It was great timing," Graham said. "They've been a good tenant. It's nice to see our parking lot filling up after such a downturn in the economy over the last few years."

While the easiest way to access yp.com is through the company's website, YP results also show up on more than 300 top online and mobile directories.

The Real Yellow Pages print book, originally owned by AT&T, still exists and is in demand, but mostly by an aging demographic. Cerberus Capital Management, the same group that recently bought Safeway, bought the majority stake in YP in May 2013 with a renewed emphasis toward online advertising. AT&T retains minority ownership of YP.

Explore all that YP has to offer at yp.com .