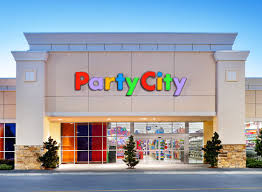 If you see a gaggle of superheroes gathered in a business parking lot along Hopyard Road, do not panic.

The costumed crusaders are most likely part of a photo shoot for Party City, the industry leader in party goods. The New Jersey-based party giant has a large office in Hacienda where the company's website content is produced and managed.

Party City's website content office takes up roughly 11,300 square feet of space in a building owned and managed by Harsch Investment Properties, a leading landlord in the park.

"They're super fun," Monica Graham, assistant vice president, operations manager of Harsch, said. "I see them outside playing games or doing a photo shoot. Every once in awhile, we'll see kids dressed up in costumes, ready to model for the web catalog. They've even used our parking lot to do photography for tailgating party supplies."

Party City operates more than 800 company-owned and franchised stores throughout the United States and Puerto Rico. The only local store is located in east Dublin.

Party City's website office had previously been located elsewhere in the Bay Area, but needed room to expand. The office moved to Hacienda in March 2010 to an 8,900-square-foot location and expanded nine months later to make room for more employees.

Halloween is by far the biggest season for the nation's biggest party store.

The entire office, she noted, is completed decked out for the scariest holiday of the year. The staff gets further into the spooky spirit with a do-it-yourself costume contest. The only rule is that each contestant can spend no more than $20 on an outfit. They get creative and recycle party supplies, such as tablecloths and cups, to create elaborate costumes.

"They have a full fashion show," said Graham, who was lucky enough to be invited to be a judge one year. "The costumes are gorgeous. You would never believe they're only $20."

Party City employees can often be seen having fun outside the office.

"Their employees take breaks outside," she noted. "They're always outside playing games and having fun.They're really fun to have at Hacienda West. They are generous, kind and really great to work with."

Party City's motto is "Nobody Has More Party For Less." Visit partycity.com to see the many products offered online and in the stores.