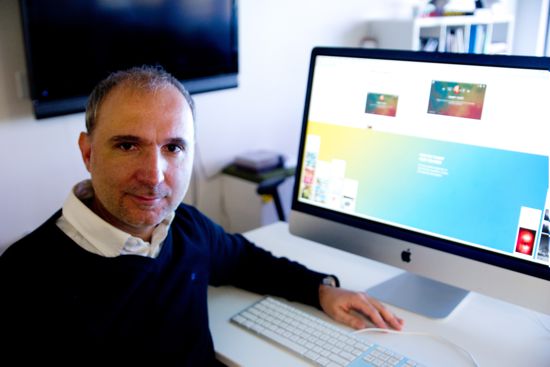 Finding the right team of collaborators for a specific project or other business venture can be challenging. Using a proprietary Big Data machine learning system that takes cues from how its users interact with each other, Hacienda startup Table.co hopes to make the process easier than ever.

Table.co takes a multipronged approach to the task. One aspect is a communication platform which provides messaging connectivity across all a user's devices. It also gives users an opportunity to share resumes, with detailed descriptions of past projects and areas of expertise. File sharing is built in, as is white board functionality, and users can also initiate voice calls for teleconferencing. Next month, Table.co will expand this suite of services by launching transaction-related features which will allow invoicing and payments through the app.

"Discovering people is not the same as finding people - it has more dimensions around it," says Cristian Petschen, founder and CEO. "The process is actually discovering the right fit, all the way down to messaging and talking and coming to some kind of an agreement and then being able to collaborate and stay connected right from the platform. Table is kind of like an A to Z product rather than having a bunch of different applications that you're using for everything. This actually outlines the whole process in a simple interface."

What makes Table.co much more than just a communications platform is what happens on the company's servers. "Everything is built on a very sophisticated Big Data machine learning system, so it's not just that you have the tools but that everything is optimized for you to find that right fit," says Petschen. "From the moment that you sign up, we find out something about you. You set up your profile so we have your CV information. We know where you've worked, you've fed in everything from the type of companies to the projects that you've worked on, and then, since you're also interacting with other projects and looking at various things your connections post, we kind of know how you're interacting and collaborating - what subjects you follow, what groups of people you're working with. This provides us with more of a 360-degree view of you and other people, so we can really give you much better matches than you would get on other networks."

Table.co is currently in a private beta period, which began on November 9. Petschen says that the service will open to the public on February 1, and anticipates having 15,000 to 20,000 users on board at that time. A year after launch, he would like to see between 750,000 and 1 million people. "We can grow quickly because whenever anyone signs up, they will want to add the people that they are already working with so they can collaborate," he says.